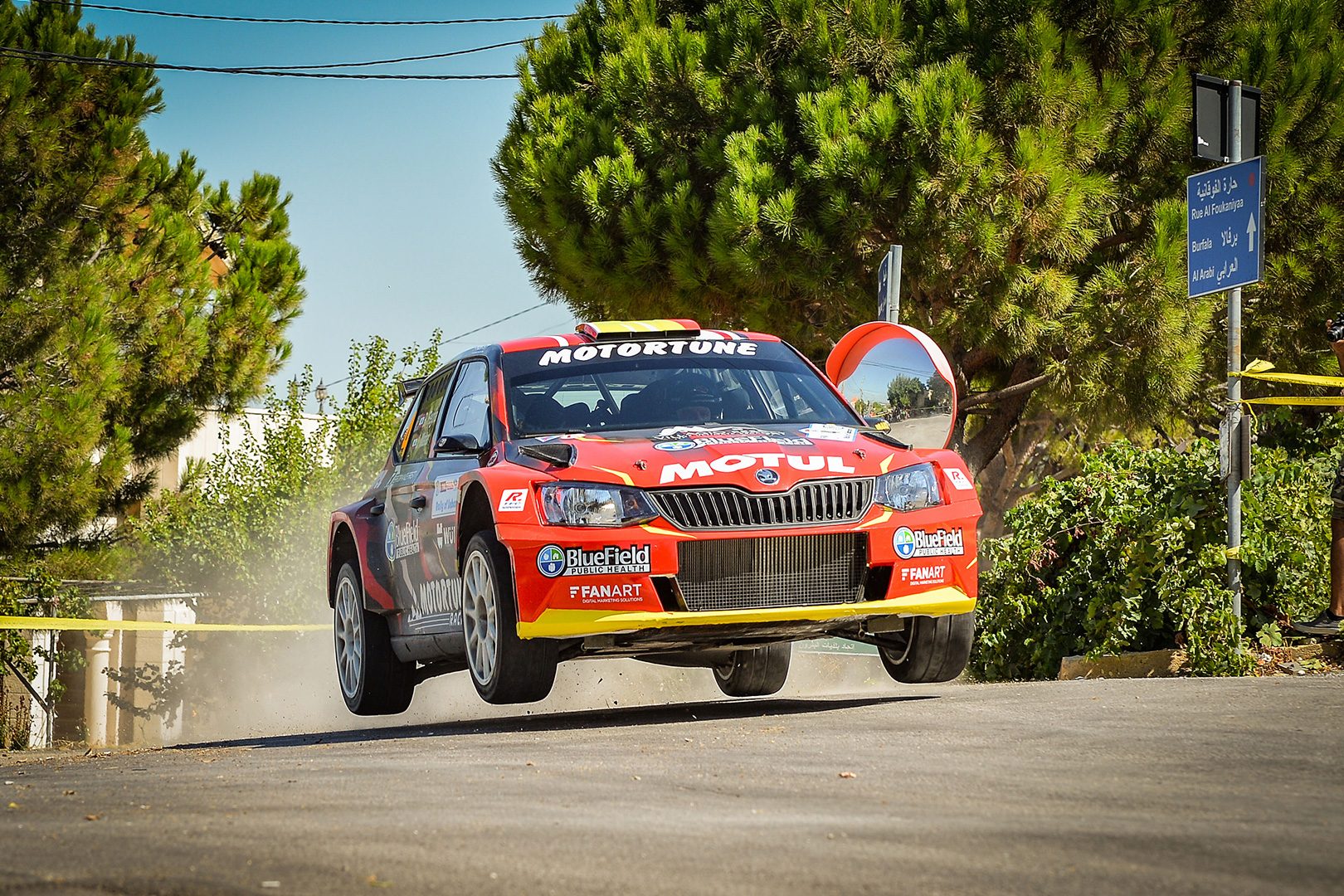 Lebanon is probably not the first country that springs to mind when you think about rallying. For most people, the Middle East region as a whole is not the first part of the world your mind would wander to.

But the fact is that the Middle East has produced some extremely successful rally drivers over the years. Mohammed bin Sulayem from the UAE won no fewer than 14 titles in the Middle East Rally Championship (MERC) in his career, before becoming the first Arab to be named as Vice President of the FIA, and the first to be elected to the FIA World Motor Sport Council.

Qatar’s Nasser Al-Attiyah, meanwhile, has won 13 MERC titles, as well as back-to-back WRC2 championships in 2014 and 2015, the latter in a ŠKODA Fabia R5.

Running both of these rallying icons close is the Lebanese rallying legend Roger Feghali. The 45-year old boasts what is, on paper, one of the most enviable records in rallying – and he is just part of a family dynasty that dominates motorsport in Lebanon and beyond.

Roger Feghali has been the dominant force in the Lebanese Rally Championship for two decades. He first entered the Championship in 1996 and just one year later he was crowned champion, winning three of his four contested rallies, his first rally victories ever.

That was the first of 13 Lebanese Rally titles that Roger has accumulated to date, and few would bet against him adding to that tally.

After that first title, there were three more in consecutive years running up to the year 2000. In 2001, he decided to try his luck further afield, claiming an impressive second place finish at the Rally Halkidiki in the European Rally Championship.

In 2002, he took a shot at the Junior WRC, but technical issues with his Ford Puma S1600 led to three retirements from five events, which meant that he was way back in 10thplace by the end of the season.

He drove sporadically for the following three season, but remarkably won every rally he finished during that time, including three Rally Lebanon victories.

He then returned to the Lebanese championship with a vengeance, reeling off six consecutive championship victories. These wins were mostly in a Mitsubishi Lancer Evo, but in 2012, he claimed two wins and a runners-up spot from four drives in a FABIA S2000. Until midway through the 2017 season, that dalliance with a ŠKODA looked like little more than a brief experiment.

By that time, Feghali had claimed two more Lebanese championships, but in 2016 he only managed to finish eighth in the championship, having failed to win a rally all year for the first time since his debut season.

As a result, half-way through the 2017 season, he opted to switch to a ŠKODA Fabia R5 – and enjoyed instant rewards. He won the final two rounds of that season to clinch another Lebanese title. Three wins so far this season means he retains a 100% winning record in the car and is set for yet another domestic title.

Roger’s career statistics in the Lebanese Rally Championship are almost unbelievably good. As well as 13 titles, he has won 40 of the 67 rallies he has started, giving him a win record of 62%. Truly legendary stuff!

As his career has flourished on the road, he has also set up his own racing team, Motortune Racing. They are now one of the biggest forces in Lebanese, and indeed Middle Eastern, rallying. They entered no fewer than 12 different cars in the recent 2018 Rally of Lebanon, including two FABIA R5s.

When one brother is so successful in his chosen field, it is easy for the other brother to fade into the background, but not Abdo Feghali. He has also carved himself a place in Lebanese rallying history and in motorsport more generally.

Abdo has an impressive four Lebanese Rally Championship titles of his own, secured in 2004, 2005, 2006, and 2013 and has finished runner-up three times as well. This may not compare to his brother’s tally, but for a driver from any other family they would be a hugely impressive achievement. Were it not for his brother Roger’s huge success, Abdo would probably have many more titles to his name.

Abdo has made a name for himself in other motorsports as well as rallying. He is a successful hill-climb driver, with several Middle East Hill Climb titles under his belt.

As well as appearing in the popular Lebanese TV show ‘Driven’, Abdo is perhaps best-known at home for his participation in the Red Bull Car Park drift series. In 2013, he actually broke the Guinness World Record for the longest ever vehicle drift.

There is no doubt that Abdo has influenced his brother’s success over the years. One such example is that he was the first of the pair to switch to a FABIA R5, at the 2016 Rally Lebanon, where he finished second. It was that performance, coupled with his win at the Jezzine Rally in 2017, which appears to have convinced Roger to make the change too.

Between them, Abdo and Roger Feghali have won the Lebanese Rally Championship 16 times since 1997. That sort of family dominance hasn’t been seen anywhere else in the rallying world.

There is absolutely no reason to think that the Fabulous Feghalis and their FABIA R5s will not continue to lead the way in Lebanese rallying for many more years to come.