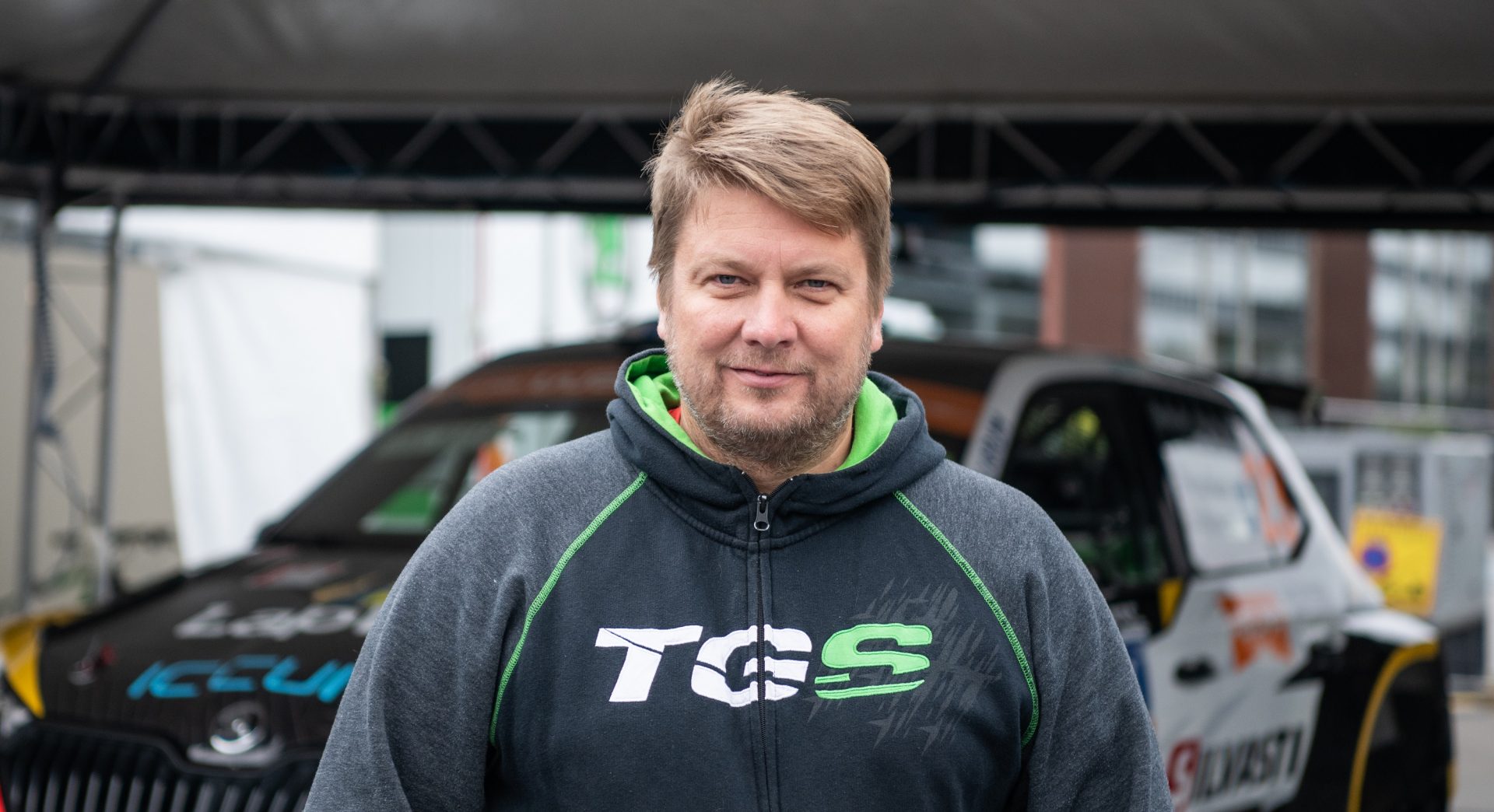 Toni Gardemeister: My Favourite Car Was The OCTAVIA WRC

When he was a part of ŠKODA Motorsport works team, the Finnish driver Toni Gardemeister battled against the biggest legends of rallying in the World Rally Championship. Later, he went on to found the TGS, or Toni Gardemeister Services – a rallying team that counts many well-known drivers among its clients, including Jari-Matti Latvala and the rally’s rising star, Kalle Rovanperä. He also became the first private owner of the new and improved ŠKODA FABIA R5 evo, which was unveiled by ŠKODA Motorsport this year.

In WRC, you achieved great results for ŠKODA in rallies in Argentina and New Zealand. How hard it was to make your mark in the fierce competition of those days?

I fondly remember the times behind the wheel of the OCTAVIA WRC. The later FABIA WRC was still a brand new car when I drove it – it was still in development and had its share of teething problems. The OCTAVIA WRC was already a mature car and I really liked it, even though it wasn’t the fastest one. It was reliable and it felt great to drive. It may have been a bit “lazy”, but I was probably also. Maybe that’s why we clicked so well. I could really feel it and it was especially wonderful in fast rallies. I remember having a real blast in the 2003 Rally Sweden. We only finished in eighth place, but we were competing against Carlos Sainz, Colin McRae and drivers like that. I beat some of them and we weren’t that far behind the fastest ones. Sweden is the kind of fast rally where the OCTAVIA WRC was really great. Today, it may look a bit old, but with tarmac settings, I still like it quite a bit.

How much have the rally cars changed, from the driver’s perspective?

They changed a lot, especially between the 1990s and the new millennium. Until then, you could say that if you got really crazy behind the wheel, you got a lot faster. In those days, there wasn’t so much tyre grip and advanced aerodynamics didn’t really exist. Of course, there were big differences between various cars as well, but if you had the courage to go beyond the limit, you were truly fast. You could make a huge difference with your driving skills. Today, you mostly have to have courage in the fastest sections and trust aerodynamics to hold you on the track. I have sat in some of the new WRC cars as a co-driver, and it’s really crazy. You have to be really brave not to get scared, especially if you’re not the one holding the wheel. Generally, though, the clean, optimized driving style is faster these days. You can estimate the right speed for each corner and sometimes, it’s faster to go slower. If you feel that you’re losing and start to push too much, it may do more harm than good.

“ŠKODA is really reliable. That’s even more important for a private team than the outright speed.”

You work with many young drivers. How important is talent in this era?

You certainly need talent to become a really good driver. If you keep learning and work hard to improve, you can be very fast even without it, but talented drivers have it easier. It’s absolutely important to start very early, when your motor skills are still developing. Then driving becomes your second nature. The people who started out later are not controlling the car as effortlessly – you can always tell. To be honest, I know drivers who have almost no feel for the car at all, and even they can post great times, but as soon as something unexpected happens, they have a problem.

When did you start to drive?

When I was four, I began with karts and other small machines. At seven, I first drove my father’s rally car on the frozen lakes in Finland. I had pillows stacked around me to be able to reach everything. When I was 12 or 13, I was already faster than him.

Is this a normal way of raising children in Finland?

If someone in the family is a racer or has a passion for cars, it’s quite common. Of course, this is changing as more and more people live in cities, where there’s no opportunity for this. But generally, it’s normal.

Now, you run your own team, the TGS. How did you move from a rally driver to the team boss?

After I did my last WRC season in 2008, I wanted to continue rallying. I managed to find a big sponsor, which made it possible for us to compete in the IRC. I bought a ŠKODA FABIA S2000 and I started to build a team around the two of us. Then it occurred to me that we could offer our car and experiences to others as well. Since then, the TGS has grown quite fast. First, we worked for just one or two drivers, but after a couple of years, we were quite busy – among our customers were Teemu Suninen, Kalle Rovanperä and several other drivers. We have three cars of our own, and we take care of several more. My old FABIA S2000 has stayed with us – for some time, it was in Iceland, but then it returned to our care and it looks as if it will be coming back to the rally tracks soon.

Why did you choose ŠKODA cars for your team?

At the time, I was looking at different cars, compared them, but ŠKODA was the fastest from my point of view, and above all, it was really reliable. That’s even more important for a private team than the outright speed. It also helped that I had good relationships with ŠKODA Motorsport from previous years.

“I always try to have the best and fastest car available. I have no doubts that the FABIA R5 evo will be faster and more well-rounded than the previous version.”

Is it more difficult to manage the team than drive a car?

It’s not that hard. From the past, I know a lot about rallying and building a good team was quite easy. I pieced it together from my friends, who also had a lot of experience. Today, we are doing quite a lot and things have got more complicated, but with good people, it always goes easy. To be honest, I don’t even want to grow much anymore, I like the way it is now.

You are most active in the R5 class. What makes it interesting for you?

Launching this class was a great success for FIA and there’s no wonder it keeps growing. The R5 cars feel like full-blown rally cars and they are very fast. At the same time, they are not outrageously expensive and they are quite easy to drive. For example, the FABIA R5 is significantly easier to drive than FABIA S2000. Even non-professional drivers can be relatively successful with it. Of course, it’s far from cheap, but the purchasing and servicing costs are not crazy.

There’s a lot of talk about hybrid powertrains coming to rallying. What do you think about it?

I have no doubts that it’s the future, but it’s hard to say when and how exactly. Personally, I don’t think that hybrids will come to the R5 class anytime soon. It’s certainly on the way for the WRC cars, but the current hybrid technologies are too expensive and complicated for a typical customer team. When they become cheaper and more common, it will be a very welcome change. However, I don’t expect them to come to the lower classes in the near future. I would say maybe in five or even ten years.

You became the first private owner of the improved ŠKODA FABIA R5 evo. What are your expectations for it?

Our customers are very curious about it and I want to offer it to them. I always try to have the best and fastest car available. I have no doubts that the FABIA R5 evo will be faster and more well-rounded than the previous version. As soon as I heard about it, I called ŠKODA Motorsport to place a reservation on one or two units.

Won’t your customers argue about who’s going to drive it?

A couple of customers already asked, but I have to decide who will drive it and where. We’ll see…