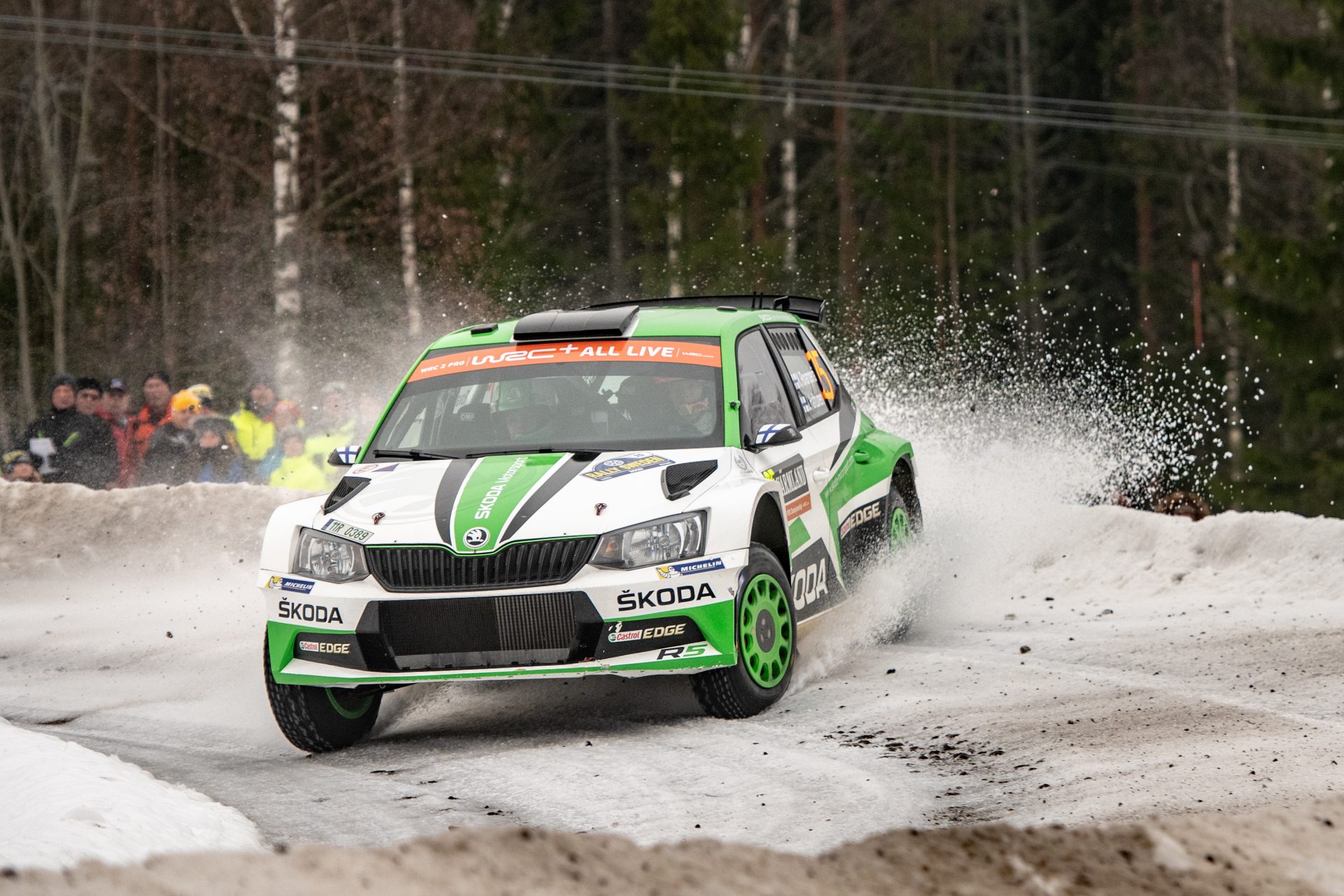 In the WRC calendar, Rally Sweden is known as the only true winter rally. It takes place on snowy and icy roads deep in the forests on both sides of the border between Sweden and Norway. Unlike Monte Carlo, which is driven on combination on tarmac roads sometimes covered with snow, the Rally Sweden is all about snow and ice. This takes away the challenge of selecting the right tyres – it’s studded tyres all the time – but also introduces some special challenges. Like having to drive surprisingly fast on a slippery surface. Or getting used to the fact that a snow shovel is not only mandatory part of a car’s equipment, but also a thing you will probably have to use at some point to dig yourself out of snowbank.

This gives an edge to Scandinavian drivers, who are used to these kinds of conditions. Even so, driving here for the first time may be a challenge. And for Kalle Rovanperä, this year’s Rally Sweden was the first time. For his teammate Eerik Pietarinen, it was even the first time behind the wheel of a works ŠKODA car.

Sounds hard enough? That’s not all. This year’s Rally Sweden came with another special challenge. With the Scandinavian winter being not nearly as freezing as it usually is, the temperatures often reached above zero, melting the snow and ice. For a good part of Friday and Saturday legs, the winter wonderland of snow and ice turned into a messy brown mix of snow, ice and gravel. As several drivers pointed out, driving with studded tyres on gravel, which tends to rip the studs out, is whole another challenge.

Even so, Kalle Rovanperä managed to prove he’s got the skills and the pace, when he posted best times 14 out of 19 stages in the WRC 2 Pro category. He would clearly be a contender for the class victory were it not for a couple of excursions into the snowbanks. Still, a second place and 18 valuable points in WRC 2 Pro are a great result of his first outing in Sweden. Not to mention lots of experience.