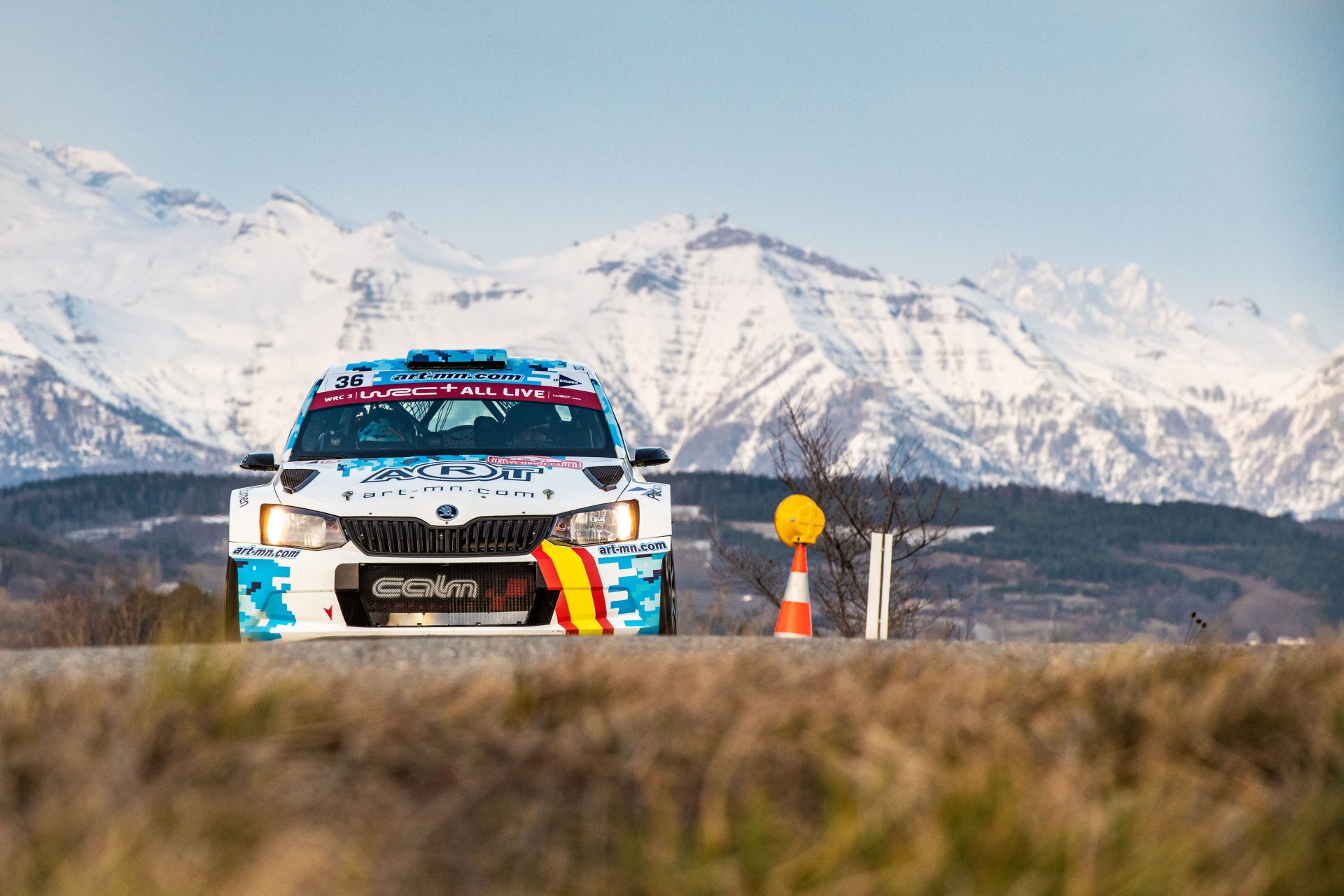 Rallye Monte Carlo is a legend and one of the oldest events of the World Rally Championship. This past weekend was its 88th year and more than 300 kilometres of mountain roads – with ever changing conditions, as usual – awaited the crews. Although this year’s mild winter didn’t bring much snow, almost all of the stages presented a challenge for the drivers. Rallye Monte Carlo is, after all, well known for being tricky. Dry sections alternate with wet sections, corners are often covered with mud and there are even ice sheets in the forest passages. Those are some of the reasons why this rally is considered to be one of the most difficult when it comes to tyre choice. Teams often end up using different kinds of tyre at the same time. The season’s opener was, once again, a great lesson and many crews encountered their share of problems.

Only a few crews with ŠKODA FABIA R5 cars had entered this “warm-up” rally. There were eight of them altogether, but none of them were in the main WRC 2 category. There was still plenty to watch. The French drivers ruled the WRC 3 category and took the first four places, with Grégoire Munster behind them as the fastest FABIA R5 driver. For the young Belgian driver, it was just his second appearance at Monte. He took the fastest time in category on stage 6 and kept his position among the fastest cars. The talented youngster praised the setup of his FABIA R5, which he managed to, in his own words, “nail perfectly”. Unfortunately, a wrong choice of tyres in the third leg cost him dearly. Unlike his competitors, who drove on super-soft compound tyres, he chose the soft ones, which didn’t give him the traction he needed. The result was fifth place in the category.

Sweden with Solberg and Tidemand

ŠKODA fans can now look forward to Rally Sweden, however, with 14 crews in FABIA R5s already registered. Besides Munster, Pontus Tidemand will be making an appearance. In 2017, he took the WRC 2 title behind the wheel of a factory ŠKODA FABIA R5. This time, he will be driving a ŠKODA FABIA R5 evo owned by the Toksport WRT team and will start in the WRC 2 category. Also present on the starting line will be last year’s junior ERC champion Filip Mareš, who will be fighting for points in the WRC 3.

In Sweden, the 18-year-old talent Oliver Solberg will also perform for the first time behind the wheel of the ŠKODA FABIA R5 evo. In the WRC 3 category, he will start this season with the support of ŠKODA Motorsport. Solberg has rallying in his genes. His father Petter became FIA World Rally Champion in 2003, mother Pernilla was as well successfully competing in international and national rallies. Winning Rally Liepāja at the age of 17 in 2019, Solberg junior became the youngest driver ever to win a round of the FIA European Rally Championship. “For me, it is all about learning. I am really looking forward to my first rally with the ŠKODA FABIA R5 evo in Sweden,“ says Solberg, who already had the chance to test his new rally car.

Enjoy the gallery from Rally Monte Carlo 2020, or just download the selected pictures as a wallpaper for your phone.