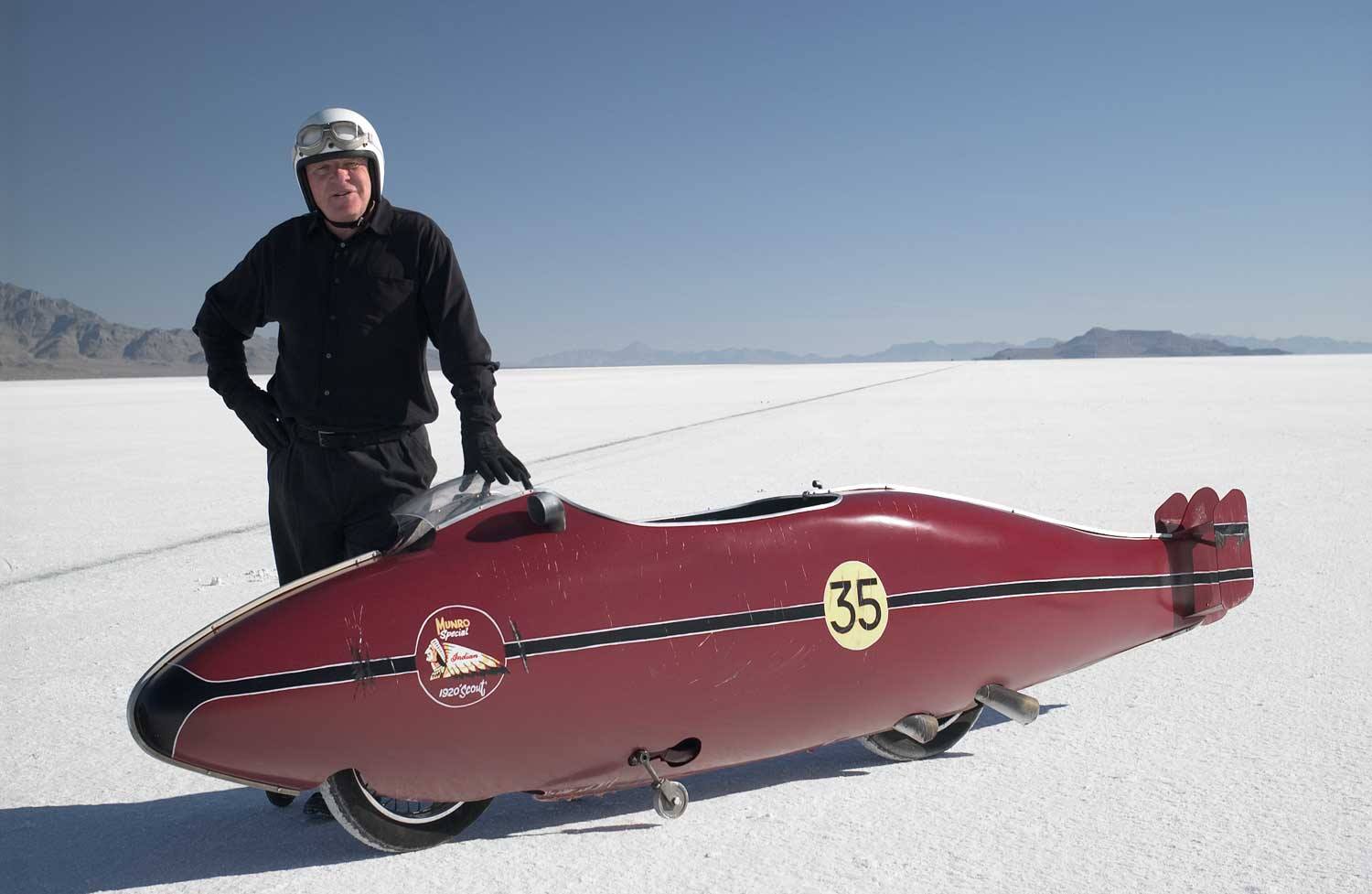 The World’s Fastest Indian: Incredible Story of The Old Man and the Speed

It may seem that this film doesn’t belong into our series – it’s not about cars, after all – but it will surely stir the soul of any motoring enthusiast, especially one with passion for speed and a love for the underdog. If you like stories about people who won against all odds, you will love this one, because Burt Munro really won and the movie about his life is one of the best motoring films of all time.

World’s Fastest Indian is a film about racing and about an extraordinary life story. And a true one at that. Burt Munro really lived and even though he lacked both time and money, he still managed to set speed records.

He was born on New Zealand in 1899, way before the car and motorcycle boom of the early 20thcentury. In the beginning, he could only channel his love of speed by riding horses at the far where he was born. Only at adult age, when his father sold their farm near Invercargill on New Zealand, did Munro took up speedway racing. Later, when the crisis came, he had to find a job as a motorcycle mechanic and salesman. Still, he didn’t give up racing and kept winning local races regularly.

He also never let go of his beloved motorcycle, a 1920 Indian Scout that Munro strated to slowly modify and upgrade in 1926. It was a long run. Munro spent his days at work and was always short on money, so he did most of the work himself, during the night. Even without professional help, he was able to design and manufacture lots of things. He even made his own pistons and flywheel! His Indian was originally 600 cc, with top speed of about 90 km/h. In the end, the engine grew to 900 cc and the motorcycle reached 331 km/h during unofficial timed run.

He only found more time to work on his motorcycle after World War II, when he also divorced his wife Florence and later even quit his job to be able to stay locked up in the garage with his motorcycle that he named “Munro Special”.

And that is also how the film depicts Munro – as a slightly oddball old tinkerer, who spends all time improving his motorcycle. Typical moment is in the beginning of the movie, when Burt pushes his motorcycle outside at dawn and proceeds to wake up all his neighbors by tuning his engine fitted with open exhaust.

The film starts in the moment when Burt’s motorcycle is already considered to be the fastest in New Zealand and Australia, with Burt saving up the last money needed to go to Bonneville salt lakes in the USA, where he wants to take part in the famous Speed Week and break the speed record. Here, one of the film’s historical inaccuracies occurs – in reality, Munro went to Bonneville several times and set not one, but two records in the one litre class. The most important one, the one that kept for decades, came in 1967. At that time, Munro was 68 years old and his motorcycle 47.

Never mind the details, though. Burt’s trip to America is portrayed in an arresting way. Munro, who lives in the remote part of New Zealand, comes with his motorcycle to the big world full of bureaucracy. When he first meets other racers, he cannot comprehend how large and professional team is behind each one of them. He brings his modified Indian on a homebuilt trailer behind a car and even organizers are not happy to see him. Still, he gets a chance to show what he’s got. And, as it often happens in Hollywood movies and sometimes even in reality, he surprises everyone. Riding on stock tyres cut into racing slicks, he charges across the salt lake at incredible speed, both in practice run and in the timed effort.

On a side note, the record was actually re-written in 2014, 37 years after Munro’s death. After Burt’s son John found a mistake in the speed calculation, decades after the fact, the record had to be re-calculated and Burt Munro once again bettered himself – this time, in memoriam. The record now stands at 184.08 miles per hour (296.25 km/h).

What more important, though, is that the record set by ancient Indian motorcycle still stands and in 2006, Burt Munro was inducted into AMA Motorcycle Hall of Fame. The film was made the year before, in 2005, and it’s still one of the best racing movies in history.

It wasn’t the first film about the topic, though. In 1971, just four years after the big record run, a short documentary “Burt Munro: Offerings to the God of Speed) was shot. And it’s probably no coincidence that both were directed by the same man – Roger Donaldson.