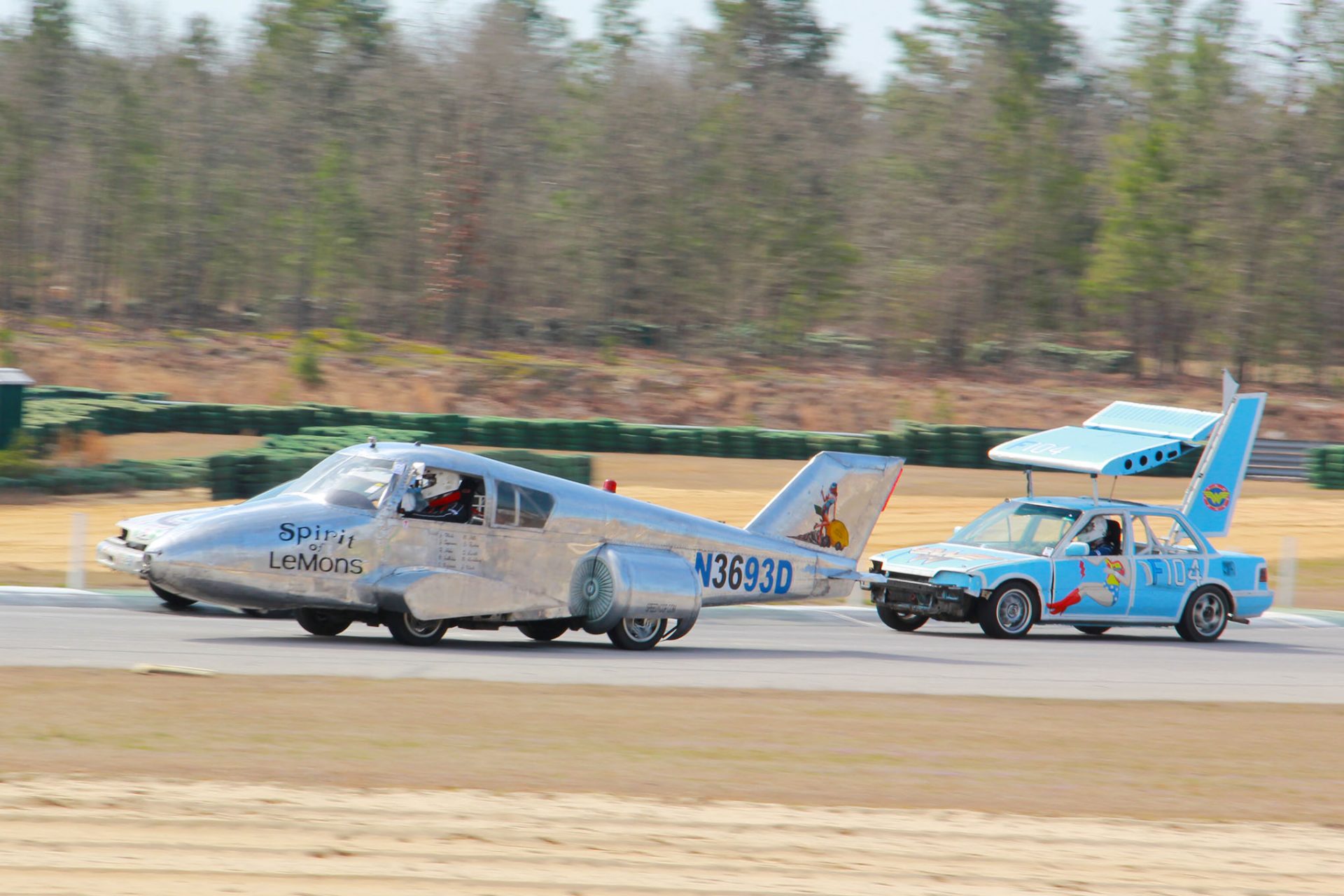 People usually think of motor racing as something expensive and serious. But there’s a racing series that is neither. It’s all about fun on a budget. It’s called 24h LeMons and its main rule is that the racing cars must cost less than $500.

Racing is expensive. For decades, the organizers have been fighting a war against runaway costs. Rules and regualtions in most racing or rallying series strictly limit nearly all aspects of the car, in an effort to keep the playing field level and prevent the richest teams from utterly dominating every race. However, teams always find ways to throw more money at their cars to improve their chances, and the costs still spiral out of control.

In 2006, a group of enthusiasts in California decided there had to be a better way to keep racing affordable. And they found it. Their solution was very simple – why limit technical aspects of the car in an effort to keep the costs low, when you can limit the costs themselves?

They decided that the right price for a race car is no more than $500. And with that idea, 24h LeMons was born. To keep things safe, safety equipment, brakes, wheels and tires are excluded from the price cap. Everything else, from purchase price to repairs and modifications, has to fit under the limit, though it is possible to deduct any items sold off the car.

And how to prevent racers from cheating? Bring in the judges! Before each race, a pair of judges examine every car to decide if it really did cost under $500. If not, the car is “awarded” penalty laps or the team is forced to perform some – usually humiliating – task. To avoid the judges’ wrath, racers have to get creative, either with inventive “bribes” to the judges or with the team’s theme.

Which brings us to another reason why 24h LeMons is special. It’s not just about cars, it’s about fun. Many teams give their car some kind of fun “theme”, often dressing up to look the part. Some even build crazy cars just to impress with their creativity. Among the strangest so far have been a flipped car (a Chevrolet Camaro that was turned “upside down”) and a car made from old airplane.

That doesn’t mean that LeMons isn’t real racing, though. In spite of their crazy themes and low value, these cars are able to race for hours. Or a full day. As the name suggests, 24h LeMons is an endurance series, named after the legendary 24h LeMans race. It isn’t always a full 24h race – usually only one event in a season runs for 24 hours – but it still runs for many hours, the average being around 10 straight hours of racing in a weekend, divided into several sessions.

The winner is, as in most endurance races, the team that completes most laps. The true winner, though, is the team that receives the “Index of Effluency” award which goes to the car that was unlikely to place well or even finish, but manages to beat the odds – usually, the award is given to teams who entered a car that’s especially weird and unsuitable for racing.

Its unique character and carnival-like atmosphere have made LeMons hugely popular. Today, it runs more than a dozen races each year in USA, and three a year each in New Zealand and Australia. Maybe some day, the series will finally come to Europe!