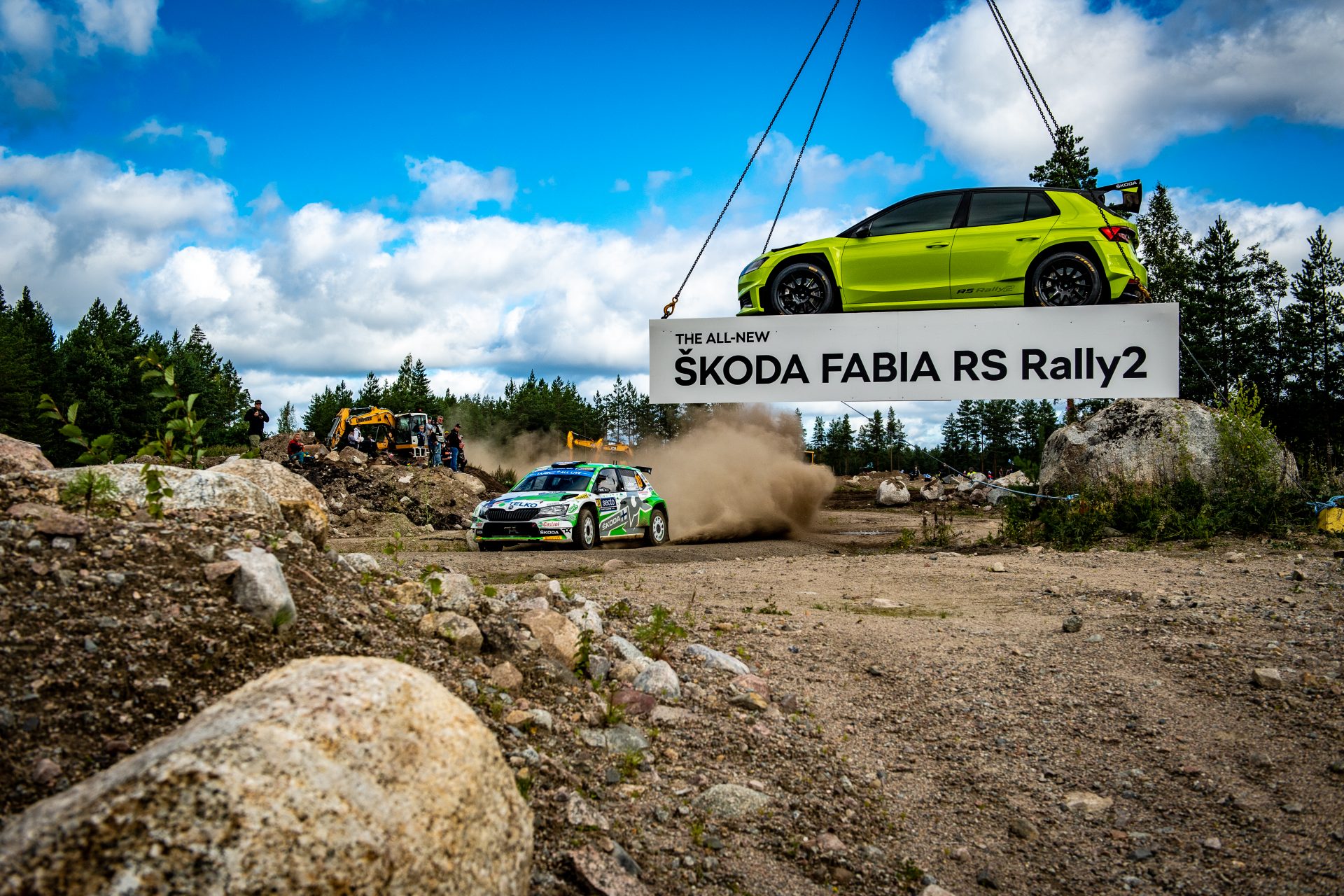 The Jyväskylä area once again hosted the traditional World Rally Championship event after one year. As always, the local fast gravel roads offered a great spectacle and one of the strong stories was Emil Lindholm's battle for victory.

The very first Harju city stage showed that this year's Rally Finland would be a challenging one. The two circuits with a combined asphalt and gravel surface were best handled by Poland's Miko Marczyk, who beat home driver Sami Pajari by 0.6 seconds. But then came the classic Finnish stages with typically fast gravel, where the Nordic crews with this surface in their blood dominated.

Emil Lindholm won the second pass of Harju, but for the next 8 stages he opted for a more cautious pace without taking unnecessary risks. The Lindholm/Hämäläinen crew finished Friday in second place, less than 20 seconds behind. It was clear that after a cautious Friday, Saturday would bring the real battle for the championship.

On several new sections, Emil Lindholm showed his speed in his ŠKODA FABIA Rally2 evo and won all four morning stages. He cut a massive 15 seconds off Teemu Suninen's lead midway through Saturday's stage. Importantly, the Finnish crew managed to avoid punctures and damage to the car, especially on the rocky SS15, even in the afternoon passes. Lindholm notched up four second places, but still ended Saturday with almost half the deficit of Friday. Before Sunday's timed sections, victory was still within reach. On Sunday, both Finns were pulling for tenths, so the Suninen/Markkula crew's lead was still around 10 seconds. And so it remained at the finish line.

However, after a technical inspection at the finish, the sports commissioners deemed Suninen's car unfit and the crew was eventually disqualified. Emil Lindholm and Reeta Hämäläinen thus became the winners of the Rally Finland in both the WRC2 Open and WRC2 Junior categories. The Finns fought for the win all weekend with clever strategic driving and their speed was rewarded in the end.

One more thing worth mentioning. This year's Rally Finland was the first rally of the WRC series where spectators got to see the new ŠKODA FABIA RS Rally2. Only static so far, but the display on the crane in close proximity to the stage still looked great!