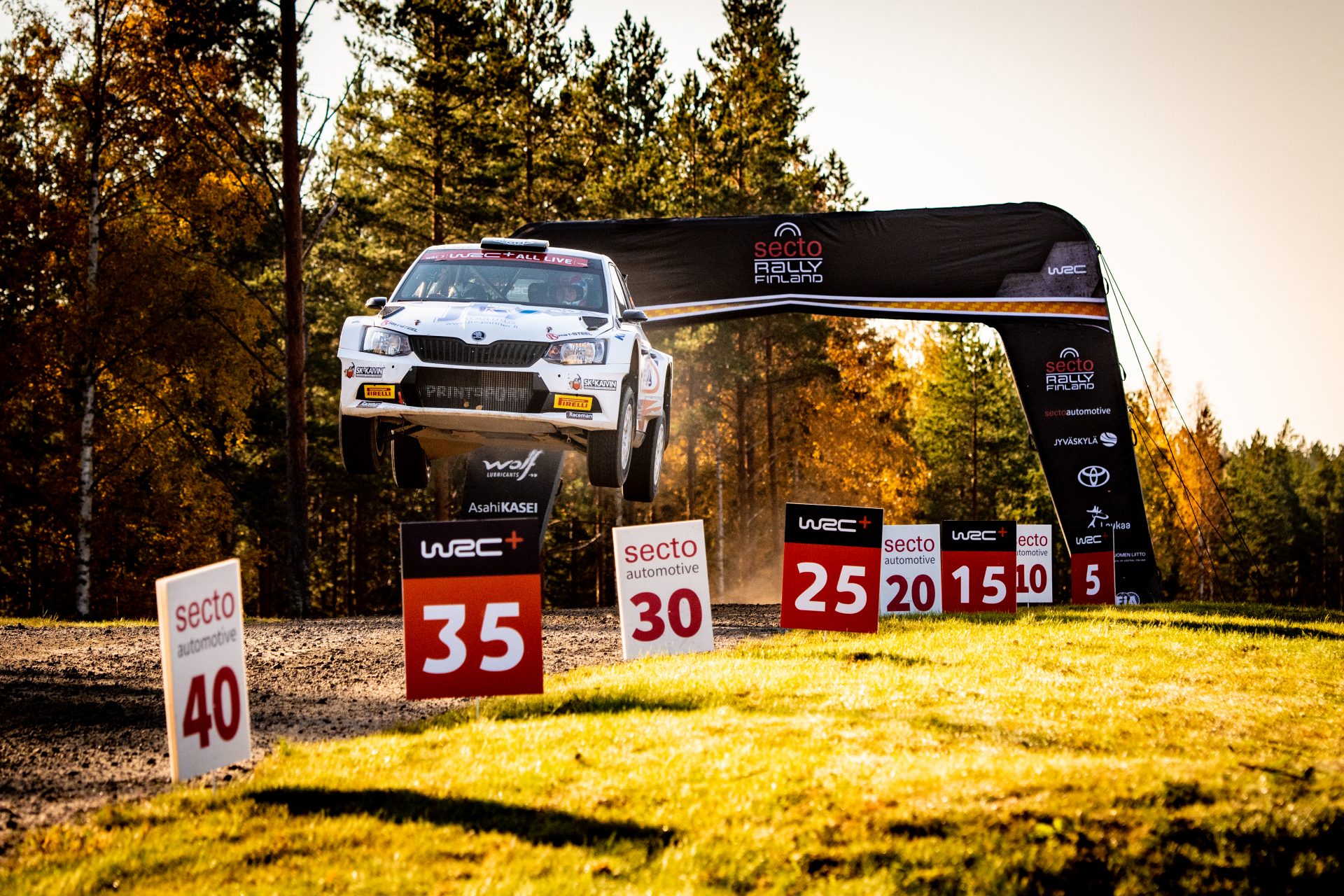 Flying lessons with the necessary dose of courage | Rally Finland

After several new events, the World Rally Championship (WRC) has returned to the familiar Finnish gravel. One of the fastest events in the calendar has been delivering amazing spectacle for decades. Flying cars, high speed, successful local crews and fans that enthusiastically help get the cars back on track. That's a general summary of Rally Finland.

Rally Finland is a traditional event that has appeared regularly on the WRC calendar since 1973. The event, formerly known as the 1000 Lakes Rally, is also called the Finnish Grand Prix, as the speeds achieved by the cars on this smooth Finnish gravel are breath taking and make this event one of the fastest ever. The year 2016 confirmed this reputation as the Northern Irish driver Kris Meeke made World Rally Championship history with a WRC class car, with the highest average speed of 126.62 km/h during the rally. However, it is generally known that the specificity of the Finnish surface plays into the hands of the local crews, who have this surface under their skin like no other. This is also confirmed by the statistics, according to which the local drivers have won 55 out of 69 years of the Finlad Rally.

There is no doubt about the difficulty of the competition. The wide and above all smooth Finnish roads, interspersed with more technical passages and a large number of jumps, do not forgive any mistakes. Pace notes must be perfect, as blind horizons often hide corners that must be entered precisely. At the same time, this rally is also one of the most difficult for co-drivers, as they have to read the pace notes much faster as the aforementioned high speeds and the slightest delay can have fatal consequences. Another characteristic feature is the large number of long jumps, which make the Finnish rally a bit more interesting and unique. However, mastering these jumps requires a necessary amount of experience and courage. If the car goes too fast, the aerodynamics of the car force the rear of the car to drop and the front to rise. Two years ago, former ŠKODA Motorsport factory driver Kalle Rovapenperä told us how to get the technique right, and not just for Finnish jumps. Recall the lesson in "flying" with Kalle and ŠKODA Motorsport engineer Eric Mommey in this article.

Not only thanks to these tips, Kalle Rovanperä is one of the local drivers who could enjoy the victory on home ground. He managed to do so in the 2019 WRC2 Pro category with the ŠKODA FABIA Rally2 evo. And there were a lot of more successes that this car has achieved in Finland. In 2015 and 2016, it was the factory driver Esapekka Lappi who celebrated WRC2 victory, and in the following two years it was Jari Huttunen and Eerik Pietarinen, in privately entered FABIA Rally2 cars. In this year's edition, 27 crews with Rally2 class cars were in the battle for the number one spot and 13 of them relied on a ŠKODA car. However, these cars did not appear in the WRC2 category this time. Crew leaders and teammates from the ŠKODA Motorsport-supported Toksport WRT, Andreas Mikkelsen/Elliott Edmondson and Marco Bulacia/Marcel Der Ohannesian, decided to skip the event. All attention has therefore shifted to the WRC3 category, especially to local crews Emil Lindholm/Reeta Hämäläinen, Teemu Asunmaa/Marko Salminen and Mikko Heikkilä/Topi Luhtinen, who were considered to be the front runners from the very beginning of the event.

The Finnish Grand Prix kicked off on Friday 1st October with a special stage in the centre of Jyväskylä, which is annually attended by huge crowds of spectators. And the crews with the ŠKODA FABIA Rally2 were successful right from the beginning. After the city stage, the top three places in the WRC3 category belonged to them, but there were still 283 more sharp kilometres to go. However, it became clear on the first day that the competition would be fierce and the order of the crews in the top places kept changing throughout Friday with each successive stage. The exception, however, was Emil Lindholm and his co-driver Reeta Hämäläinen, who managed to hold on to the overall top spot throughout the first day of the rally, which included 89 kilometres of stages.

During the second day of the Rally Finland, which consisted of almost 152 sharp kilometres, the situation did not change much. The constant battle for the top positions continued, but with one exception. Emil Lindholm, who, after 287 kilometres on this fast Finnish gravel, was able to secure first place from the very first stage, with an average speed of 114.8 km/h and therefore managed to take the WRC3 category win. His average speed may have been reduced by two passes through the twisty Harju city stage, but that doesn't change the impressiveness of the figure.

This year's Rally Finland once again proved that, thanks to its specific surface, the local crews have the upper hand. Along with Emil Linholm and Reeta Hämäläinen, four other Finns, namely Mikko Heikkilä/Topi Luhtinen (ŠKODA FABIA Rally2 evo) and Lauri Joona/Mikael Korhonen (ŠKODA FABIA Rally2) also ascended to the podium. The ŠKODA FABIA Rally2 and Rally2 evo cars thus scored another successful year in Finnish rallying, as a total of 7 of them managed to finish in the Top 10.

You can enjoy the flying cars and the beautiful Finnish scenery in the following photos. We have also prepared some of them as wallpapers for your mobile phone.