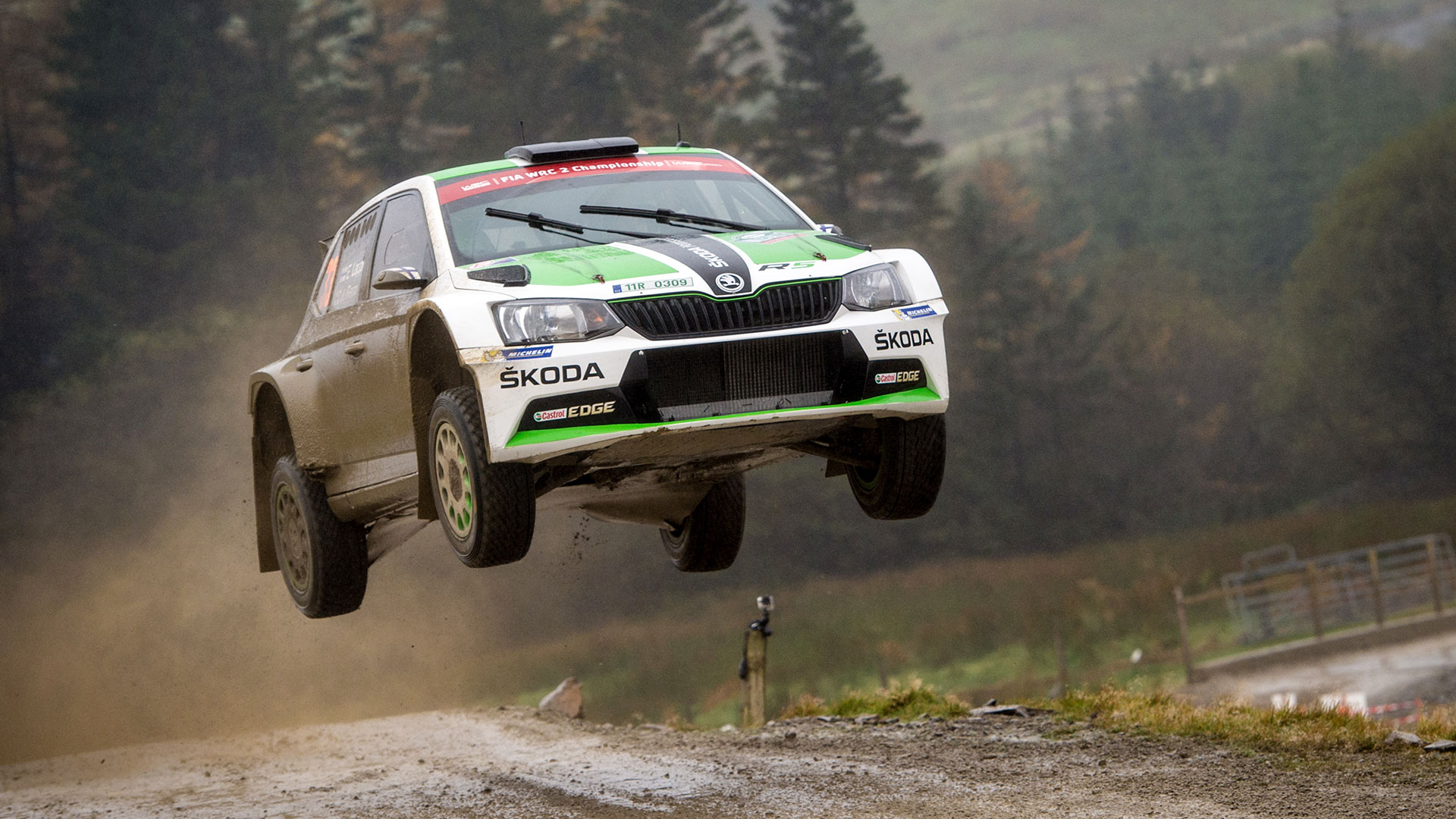 This year’s WRC season is heading for the finish line. The crews will fight for some of the last available championship points in one of the oldest classics of the rally world – Wales Rally GB. The event first took place in 1932 and it was the first great modern rally in Great Britain. Now an unimaginable 341 cars will appear on the starting lines, all of them stock. Is there more than one starting line? Of course! The crews set off from nine different cities to tackle routes of around 1,600 km in length, finally meeting at the finish in Torquay.

In the 1960s, the routes of this British rally moved to its iconic forest surroundings and the event began to build its image as one as the most challenging and least predictable rallies in the world. It moved to Wales in 2000. When the spectator super special stage at Millenium Stadium in Cardiff was introduced in 2005, it was the first time that a WRC stage had taken place under a roof.

Today’s Wales Rally GB is known for its beautiful, fast, flowing stages and colourful autumn scenery. The colours are not the only thing autumn brings to the party, however – there’s also the rain and fog, which makes for rather less appealing environments. The tree-lined tracks are not that technically challenging, but they can be pretty treacherous when muddy. The weather tends to be unpredictable, as does the ever-changing grip on roads with unexpected puddles and mudholes. It’s also necessary to avoid the logs, stacked right by the tracks, at all costs.

A day with no service

In this year’s rally, the crews will face an extremely challenging Saturday leg. The cars will leave the service area at 6 A.M., not to return until 8 P.M.. The crews have to go through the whole day, with more than 150 hot kilometres split into seven stages, with no service. This means that any damage to the car can have devastating consequences. The cars run on gravel settings, shod in soft and medium tyres.

This year, the service park has moved from Deeside to the coastal resort of Llandudno. Another change is the reintroduced Thursday’s super special stage at Oulton Park circuit. It’s the first time in 26 years that the British rally will return here. As part of the supporting programme, a wide range of historic racecars will appear, from the 1932 Lancaster to the 2011 MINI John Cooper Works WRC. This year the Colwyn Bay and Great Orme stages will also be introduced, alongside classics like Myherin, Dyfi and Sweet Lamb.

ŠKODA Motorsport will once again enter two crews into this rally, both driving FABIA R5 evo cars. Kalle Rovanperä and Jonne Halttunen will be fighting for the title, while Jan Kopecký will appear with a new co-driver, Jan Hloušek. Another FABIA R5 evo will be fielded by the Mexican crew of Benito Guerra and Jaime Zapata. There will be another five private FABIA R5 cars on the starting line.