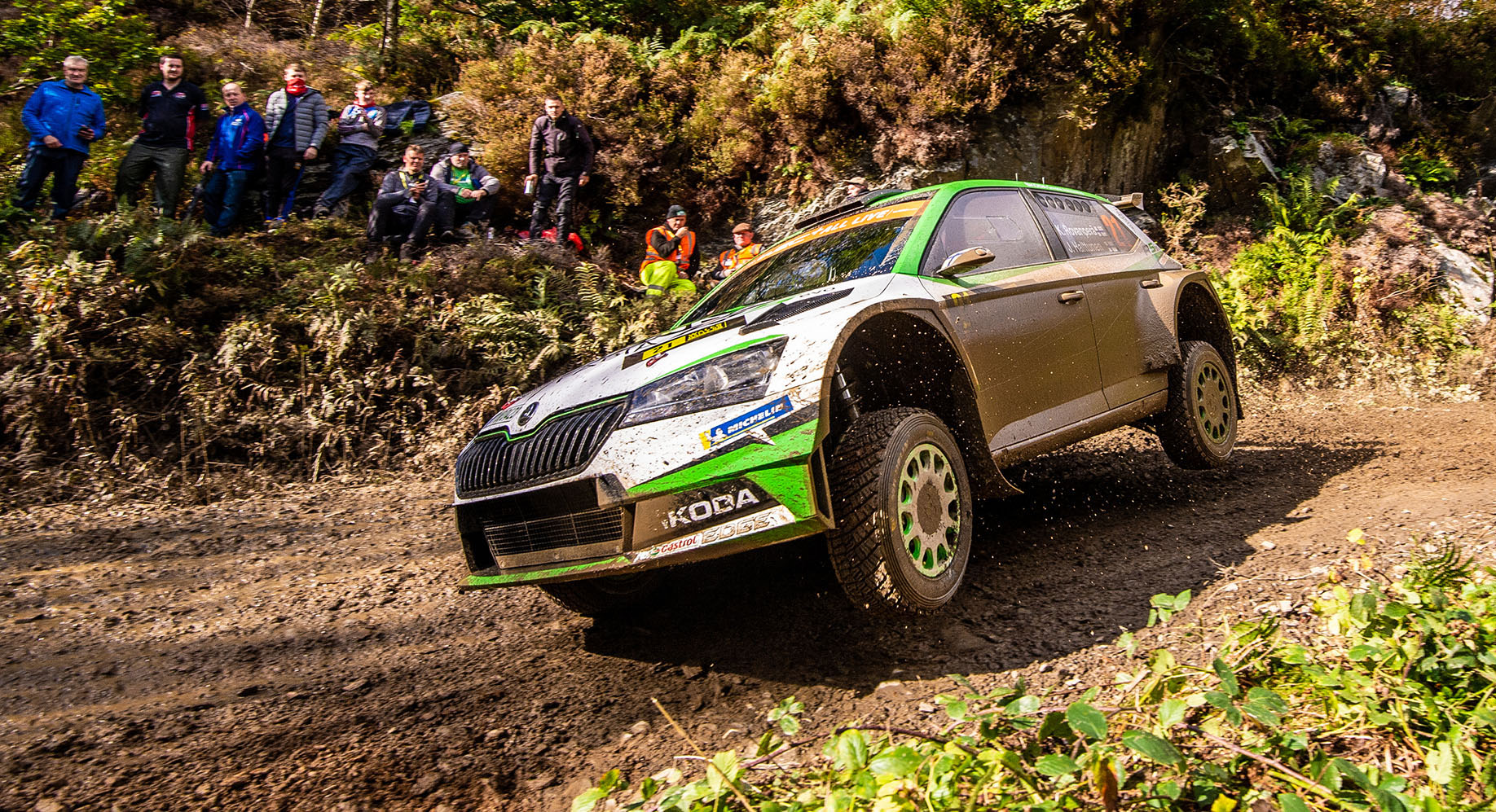 ŠKODA Motorsport’s performance didn’t seem very confident at the beginning of this season, especially after their difficulties in Monaco and Sweden. If there was one person, however, who never doubted that there would be another success to follow the previous championship titles, it was Kalle Rovanperä. “I always knew I was fast. Everyone else thought I might be having a bad season or something like that, but I knew that I could win the next rally and that I could trust my own performance. It was because I knew where we made mistakes. And I knew that I could be the best again, if we fixed them,” he remarked in an interview.

He began his winning streak in Chile and then, like his teammate Jan Kopecký, he switched to the revamped ŠKODA FABIA R5 evo. Both ŠKODA Motorsport crews took a double victory when it made its world debut in Portugal, and then the team triumphed in Sardinia as well. Kalle Rovanperä and Jonne Halttunen had to fight hard to finish at Rally Deutschland and in Turkey, but they managed to collect valuable points with a convincing win in their home country of Finland.

After that, it was obvious that if the young Finnish duo managed to win the Wales Rally GB as well, they could become the WRC 2 Pro champions even before the last two rallies in Spain and Australia, continuing the success of Jan Kopecký, Pontus Tidemand and Esapekka Lappi. With heavy rain and slippery mud, it wasn’t easy to find the right pace, but Rovanperä, Halttunen and the ŠKODA FABIA R5 evo put on a great performance.It was clearthat those three had no equals.

This led to 19-year-old Kalle Rovanperä becoming the youngest champion in the history of the WRC*, together with his co-driver Jonne Halttunen. In addition, Jan Kopecký and his co-driver Jan Houšek finished second in the WRC 2 Pro category, increasing ŠKODA’s lead in the constructor’s championship. “It’s a great day for us. I have to thank Kalle, Jonne, both Jans, the whole team of engineers and mechanics and all the people who made this success possible through their efforts. I’m happy that we managed to do so well in this challenging rally and that the ŠKODA FABIA R5 evo didn’t show the slightest weakness,” said ŠKODA Motorsport boss Michal Hrabánek.

* subject to the official publication of the results by FIA