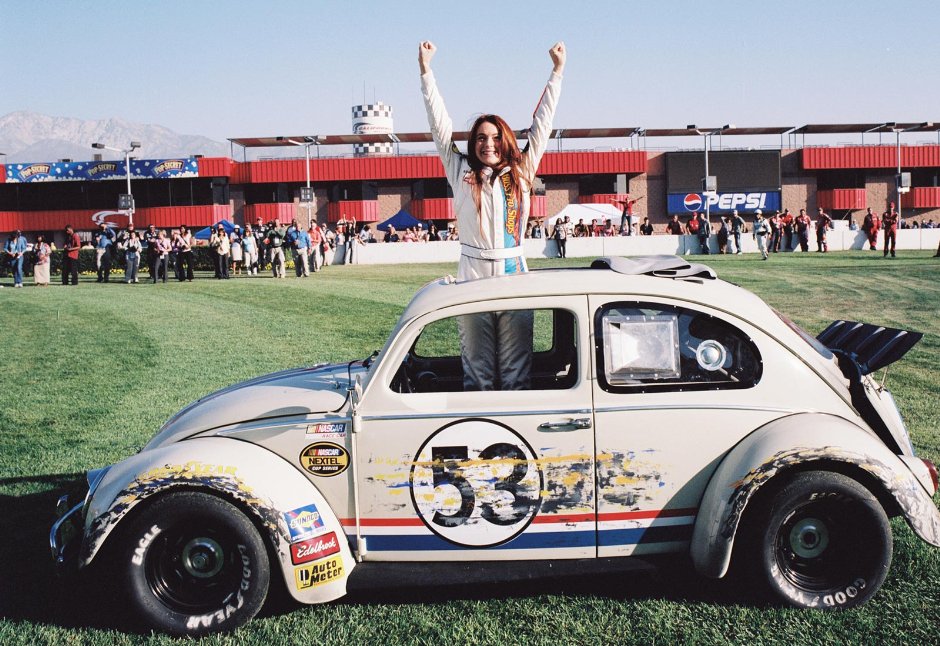 Today, most people remember the white, striped VW Beetle named Herbie only from the latest movie. However, the story of a racing Volkswagen with a mind of its own goes several decades back.

Herbie first appeared on the silver screen in 1969, when a relatively unknown Walt Disney character played central role in the movie The Love Bug. That one never revealed origins of the fabulous Herbie, though, and we had to wait until the remake of the same name that came in 1997.

The television movie The Love Bug (1997) features character of Dr. Gustav Stumpfell, who is enlisted by the US Army after WWII to help with manufacturing of people’s cars. As it turns out, the army generals don’t really understand the concept of “people’s car” as a “car for the people” and instead thinks it’s about creating an intelligent vehicle that thinks like a human. Dr. Stumpfell takes the crazy request seriously and really sets about developing the car.

At the beginning, Stumpfell is unsuccessful, as he’s not able to find a suitable “thinking” metal. Once, a picture of doctor’s love Elsa falls into the molten alloy and Stumpfell is persuaded that his feelings for the girl were “transformed” into the soul of the car that’s subsequently made of the metal – a little white Beetle. Knowing that army would use the sentient car for warfare, he hides its existence and as soon as possible, sets the car free.

A crazy story, fitting for a Disney movie, is focused on struggling racer Jim Douglas. After his roommate turned his racecar into a sculpture, he comes to European car dealership in San Francisco, looking for a new car. There, he fancies an unattainable Thorndyke Special (played by Apollo 3500 GT), but then sees the dealership owner, Peter Thorndyke, angrily kicks a helpless little VW Beetle that was returned by a new owner because of problems with reliability.

Jim stands up for the little white Volkswagen and when he wakes up the next day, he finds that the car moved in front of its house, by itself. And the police is accusing him of theft. Jim ends up making a payment deal with the dealership owner and keeping the unwanted, but cheerful and surprisingly fast car. He even gives it a name – Herbie, after his uncle who used to be a boxer and his flat nose reminds Jim of the Beetle’s bonnet.

There is a lot of trivia around the original film. For example, the “53” race number was chosen by producer Bill Walsh, a great baseball fan. It was a number of his favourite player, Don Drysdale of Los Angeles Dodgers. Herbie himself is a modified 1963 Volkswagen Type 1 (as the Beetle was known officially) Deluxe Sunroof with registration plate OFP 857. The same registration is then used in all films, including the latest one from 2005.

Several Volkswagens in various modifications were used for the movie. Some of them had hidden steering wheel in the back, for shooting scenes where Herbie drives without a driver. Another bunch of interesting cars were bought from tuner company EMPI. Those were fitted with Porsche 356 Super 90 engine, more powerful drum brakes, Koni shock absorbers and full racing roll cage. The EMPI Beetles were able to do around 190 km/h.

After the first movie from 1969, three more were filmed in a quick sequence: Herbie Rides Again in 1974, where Herbie saves the old widow’s house from demolition, Herbie Goes to Monte Carlo from 1977 with Herbie falling in love with a racing Lancia and Herbie Goes Bananas, in which the little racecar goes to Mexico.

In 1982, a five part series Herbie, the Love Bug was broadcast by CBS. Dean Jones repeated his role of Jim Douglas from the original films. This time, Herbie and his owner stumble upon a bank robbery in progress. The next Herbie film was The Love Bug, which we’ve already mentioned – part remake, part sequel to the original films. While the plot is similar to the original of the same name, released 28 years earlier, there’s a new addition of an evil black Volkswagen called Horace. Although the villain, called “The Hate Bug”, was meant to give the film more suspense and darkness, it’s still aimed at young audience. The plot is still simple and full of racing with a cute sentient car.

The latest Herbie film, Herbie: Fully Loaded from 2005, which we’ve already discussed in the beginning, plays on the same note. Even though the push towards a blockbuster movie is apparent, the Herbie was still aimed predominantly at children. Like all the other films in the series, the latest Herbie received only average ratings. One of the attributes that lift it above the grayness of movies for children is impressive acting of Lindsay Lohan in the leading role of a girl from racing family, who finds her first racecar in a junkyard.

However, that’s what Herbie is all about. The four-wheeled Disney character was never aimed at motoring enthusiasts interested in realistic depiction of racing. Herbie was always cute and crazy, cheerful and a bit of a fairy-tale. And these values are why it deserves to be remembered by film and motoring enthusiasts.