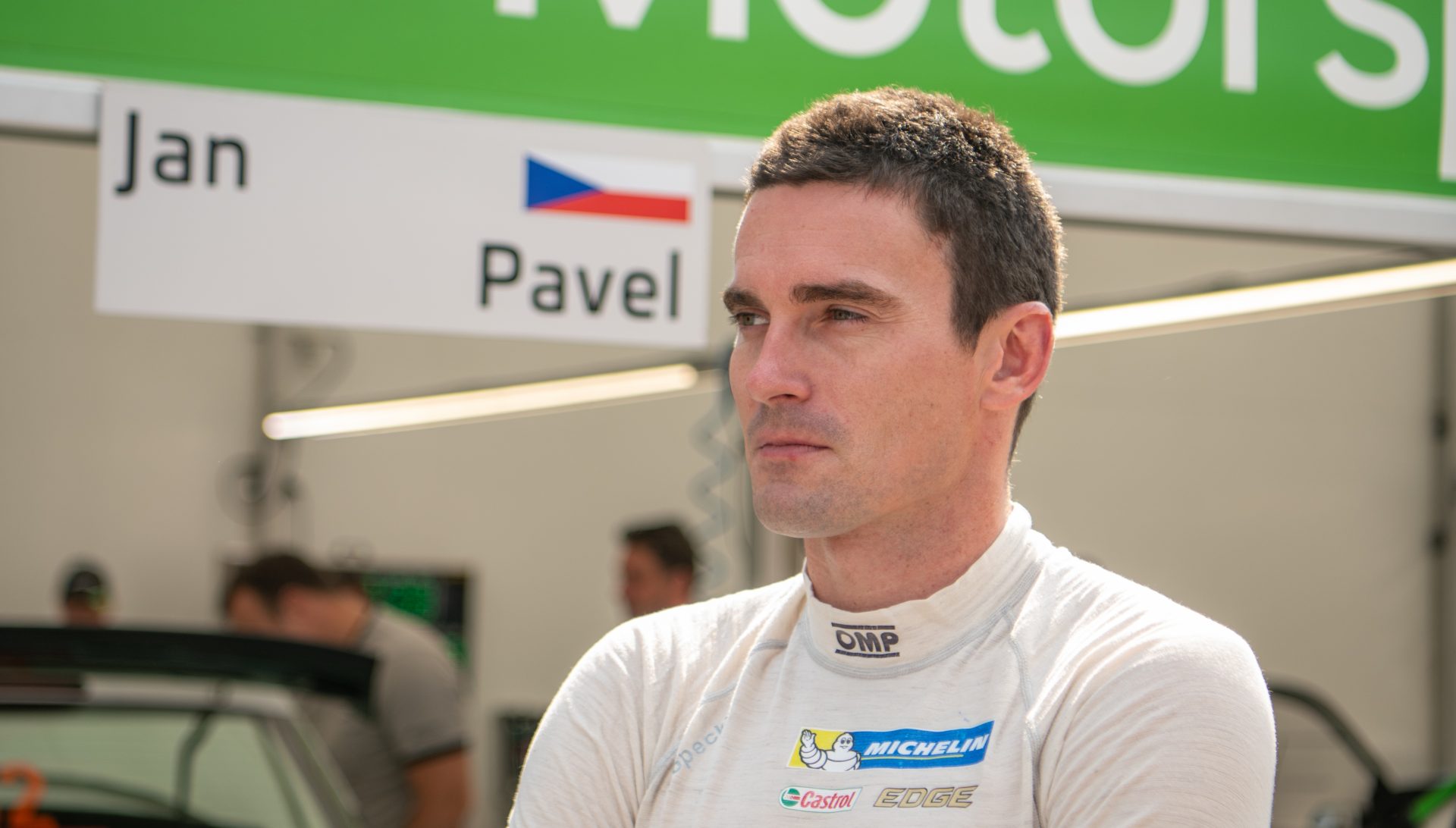 Jan Kopecký: A Puncture Can Really Upset Me

After successful starts in the gravel rallies of Portugal and Sardinia, the crew of Jan Kopecký and Pavel Dresler are now preparing for their favourite tarmac rally in Germany. Last year they had to fight hard for their victory, after they suffered a puncture through no fault of their own on the treacherous Panzerplatte. As the reigning WRC 2 champions told us, even an experienced driver can get upset by such a situation.

After successful starts in the gravel rallies of Portugal and Sardinia, the crew of Jan Kopecký and Pavel Dresler are now preparing for their favourite tarmac rally in Germany. Last year they had to fight hard for their victory, after they suffered a puncture through no fault of their own on the treacherous Panzerplatte. As the reigning WRC 2 champions told us, even an experienced driver can get upset by such a situation.

Jan, you became a father recently. Can you still drive flat-out after having a kid?

And you, Pavel, received your PhD recently. Have you thought about switching to a calmer career in academia?

Pavel: I enjoy rallying, so I have no plans for a career change. I’m still working at the university, I just have to use my free time to catch up with things I set aside due to racing. That means I don’t have much free time left, even during holidays.

In the last season, you two became world champions. Did it change anything, either in your personal or professional lives?

Jan: I don’t feel any change, personally. It’s nice to be a champion, but individual rallies are still more important to me. Some victories are more valuable to me than the overall title. With a little hyperbole, it’s just another trophy that was missing in our collection.

How hard was it to win the title?

Jan: It all begun with Monte Carlo, where we did really well. Later on, we were lucky to avoid both technical problems and bad luck. The only exceptions to that were Spain, where I didn’t choose the right tyres, and the puncture in Germany, where we had to fight for the lead until the last stage. Even though the competition was tough last season, it wasn’t that hard in the end.

„During the tyre change you’re nervous, you’re in a rush, so achieving the same time as in training is practically impossible.”

The rallies in Portugal and Sardinia are behind you. How satisfied are you with your performance?

Jan: We are really happy that we could go there, even though it was really hot. The stages in Portugal are beautiful and Saturday’s leg was completely new. When it comes to organization, it’s one of the best rallies I have ever driven. Everything went smoothly – the organization in the service park and on the transport stages, as well as the police support. We never had to wait for anything and policemen on motorcycles were always on hand to escort a rally car to the starting line in case of traffic jams.

Pavel: This year, Sardinia was very different from the year before. While last year was more akin to England, with the fog, rain and temperatures of just 10 degrees, this year there were hot winds from Africa, making for 40-degree heat. We got to know both extremes.

Rally Deutschland is next. One of the changes made to the FABIA R5 evo is a new method of changing the tyre, which could come in handy there. What exactly is that about?

Jan: The lug wrench has been moved from the boot to the left rear door. It’s now all that I, as the driver, have to care about, while Pavel does everything else.

Pavel: It makes things less chaotic, as you don’t have to think about several things at once.

We heard from the team that now the individual steps flow better together and the whole process of tyre change should be somewhat quicker.

Jan: On a real rally stage, it’s never that easy. Practising the tyre change in the workshop is much easier than doing it on a hot car on a rally stage. You can make a mistake, a lug can get stuck. And you’re in a rush, nervous and upset that you got the puncture in the first place, so achieving the same time as in training is almost impossible.

Rally drivers are known to keep calm in every situation. Even so, you can get upset by a puncture?

Jan: Last year in Germany, it got me pretty upset. And this year in Šumava as well. When you don’t know what caused the puncture, you can’t avoid it. Of course, if I hit some rock on the inside of the corner, I can only be angry with myself.

„Germany is our favourite rally. A lot of Czech fans come there, so it’s got that special atmosphere.”

Is there a way to avoid it, or at least minimize the risk?

Pavel: We never found out what caused the punctures in Germany in the last two years, so there’s no contingency plan for that. It could have been a piece of wire, or a random rock.

Jan: We know where it happened, but we don’t know what caused it. You can’t really do a post mortem. And it just makes you sad.

How much are you looking forward to a tarmac rally after the gravel ones?

Jan: We get to enjoy a lot of tarmac in the Czech Rally Championship, but Germany is still our favourite rally. A lot of Czech fans come there, so it’s got that special atmosphere. We want to help our team win the team championship, and Kalle Rovanperä’s got a good chance for the title. If we can help him to victory as teammates, we will do it.

You are also supposed to start in Turkey, which was extremely challenging last year. Is it really that much harder, compared to, say, Portugal?

Jan: Turkey is different. The stages are surfaced with sharp stone from the quarry and there’s a risk of puncture on almost every metre. You can’t do anything about it, it all depends on which way the stones turn. Last year, we had two punctures in a row on the front axle – one more would have meant the end of us. Put simply, you never know if you’ll even make it to the finish line, and you can’t go too fast. We hope it will be better this year, because it was a bit annoying. We’ll see what the organizers will do about it.

And how are you enjoying the Czech Rally Championship this season?

Jan: We want to prove that the FABIA R5 evo is a fast, capable and reliable car at home as well. Our goal is of course the overall victory. We have lots of experience and the works team behind us, so we have to set our sights high.