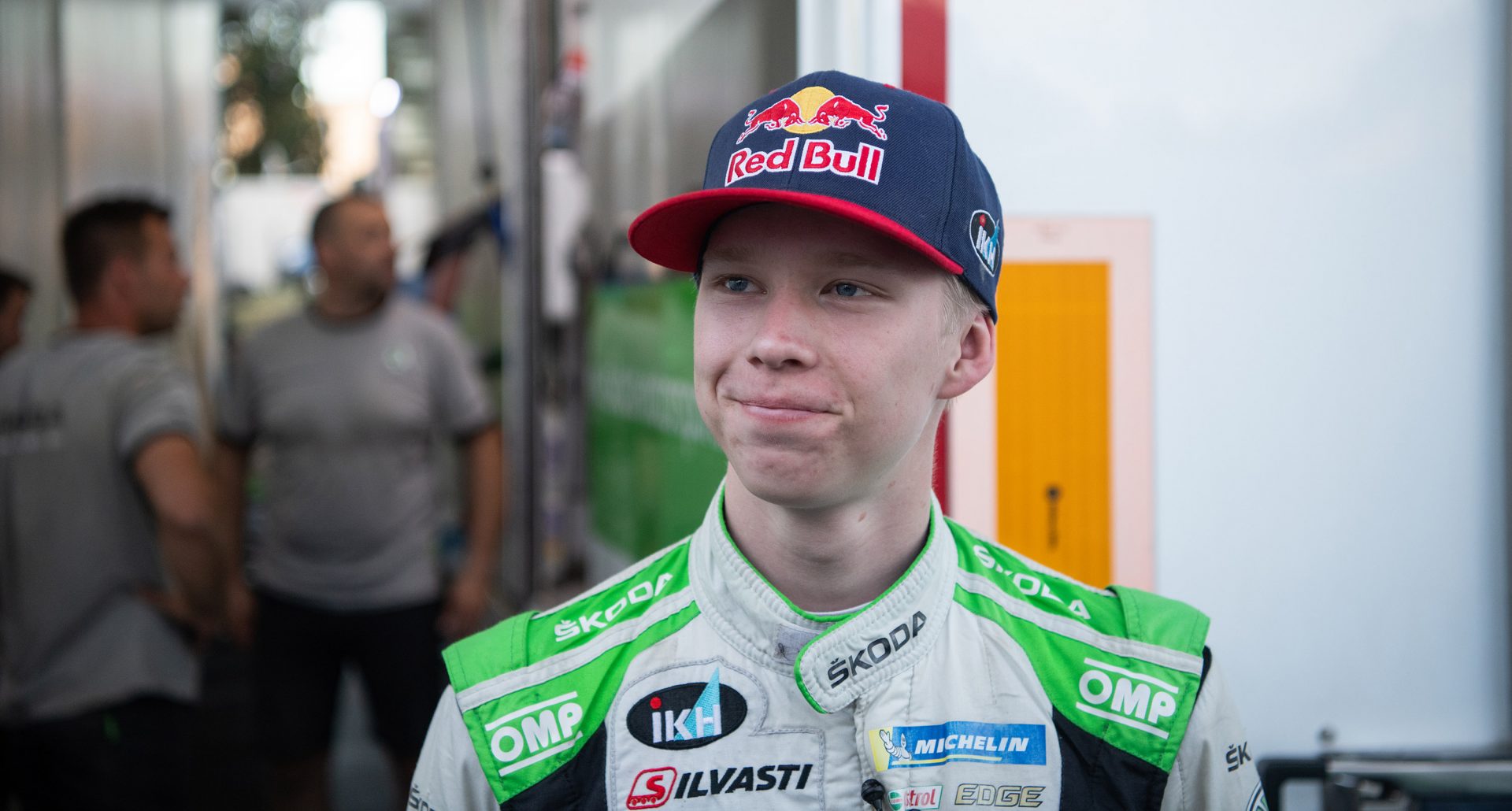 Young Finnish crew Kalle Rovanperä and Jonne Halttunen have won the last three rallies of the world championship. At Rally Finland, they‘re aiming for another victory. The start of this year’s season, however, was a very different story. Many people had their doubts, but not Kalle and Jonne. We interviewed them both about their experience at ŠKODA Motorsport and their personal growth over the last two years – and we got some interesting insights.

Young Finnish crew Kalle Rovanperä and Jonne Halttunen have won the last three rallies of the world championship. At Rally Finland, they‘re aiming for another victory. The start of this year’s season, however, was a very different story. Many people had their doubts, but not Kalle and Jonne. We interviewed them both about their experience at ŠKODA Motorsport and their personal growth over the last two years – and we got some interesting insights.

Recently, you won both Rally de Portugal and Rally Italia Sardegna – and Rally Chile before that – but the start of the season wasn’t so great. What has made the difference?

Kalle: In the beginning of the season, we drove three different cars – one with a factory team and two with private teams, so it was a bit difficult to get the car right. Monte Carlo, for example, was a combination of my driving mistake and the ice crew’s lack of experience.

Jonne: In ice hockey, when you miss a puck, you don’t lose anything, but in rallying, you can make the same kind of mistake and you crash. The line between succeeding and failing is very thin. When you test a lot and prepare properly, it’s much easier to succeed.

When you don’t perform the way you would like to in several rallies in a row, how do you keep your spirits up and maintain your motivation?

No confidence issues then.

„ŠKODA Motorsport is like a university of rallying, the one and only. No other team does anything like it.“

You are now in the middle of your second season with ŠKODA Motorsport. How much have you learned during this time?

Kalle: My driving is constantly improving because ŠKODA tests a lot. It‘s a good place for a driver to get experience – and enough kilometers. That‘s what makes you faster and faster. I‘ve also learned a lot of things about car setup and how the rally works.

Jonne: Working with a factory team is a big experience. ŠKODA Motorsport is like a university of rallying, the one and only. No other team does anything like it. If you want to be a WRC driver some day, this is the best place to be.

Where do you still see room for improvement?

Kalle: There is always room for improvement in every area, even the basic things like pacenotes. You learn by simply doing it more. I would say I’m doing OK on gravel, and tarmac is also good, but I don’t have as much experience on that and it‘s always good to drive more.

Jonne: It is also important to learn the WRC tracks. We‘ve done almost all the rallies in the callendar by now, but when you race there two times, three times or four times, you get so much more experience. If you want to be a WRC champion one day, you have to know the stages well.

„Driving on gravel is more fun, but when you are fast on tarmac, you feel like you are flying.“

Could you describe the difference between driving on gravel and tarmac from your perspective?

Kalle: On tarmac, I have to push all the time, much more than on gravel – but it‘s really nice. When you‘re fast on tarmac, you feel like you‘re flying. The corner speed is really high and you need to be very precise. When you make a mistake on gravel, it‘s a bit easier to recover from it. On tarmac, any mistake is always a big one.

Jonne: The way you read the pacenotes is also very different. Everything happens quickly on tarmac.

Does that mean that gravel is more fun while tarmac is beautiful and scary?

Kalle: Basically, yes. I‘m not scared of it, but it is like that. At high speeds, gravel is more fun, and tarmac is amazing because of how fast everything is happening. When you push on tarmac, you have to be really on point with your braking, turning and everything else. It is so much more intense.

Jonne: If you brake five meters too late on gravel, you might slide. But on tarmac, you crash.

Do you think a rally driver can be best on both surfaces?

Kalle: I think you should be. There‘s always going to be a small difference, but if you want to be a world champion, you have to be really good at both.

Jonne: I believe that if Kalle gets more experience, it will be the same for him.

„The best way to drive the car is at full throttle.“

You are now driving the improved FABIA R5 evo. Did you have to change your driving style?

Kalle: You can drive the same way. You just feel the car a bit differently, so you adapt to it.

Jonne: The feedback is now better for both driver and co-driver; you can feel the grip better in the corners.

At the end of June, you are going to your home event – Rally Finland. How special is that for you?

Kalle: Of course it‘s a bit different, because everyone you know is there. I think it‘s the best rally in the callendar, but you have to treat it like any other rally and concentrate.

So Finland is your favourite rally?

Kalle: Yes, because they have the best stages in the world. There’s nowhere else where can you just drive in fifth gear and fly all the time. Also, the condition of the stages is good, not like some other gravel rallies where you must be careful. You can just go flat out all the time.

Kalle: No. The best way to drive the car is at full throttle.

Do you have a plan for the rest of the season?

Kalle: To keep driving like I did in the last three rallies. I‘m not thinking about the whole championship too much. For me, the main thing is the experience – it helps me to become the fastest. But when you manage that, you usually do quite well in the overall championship as well…