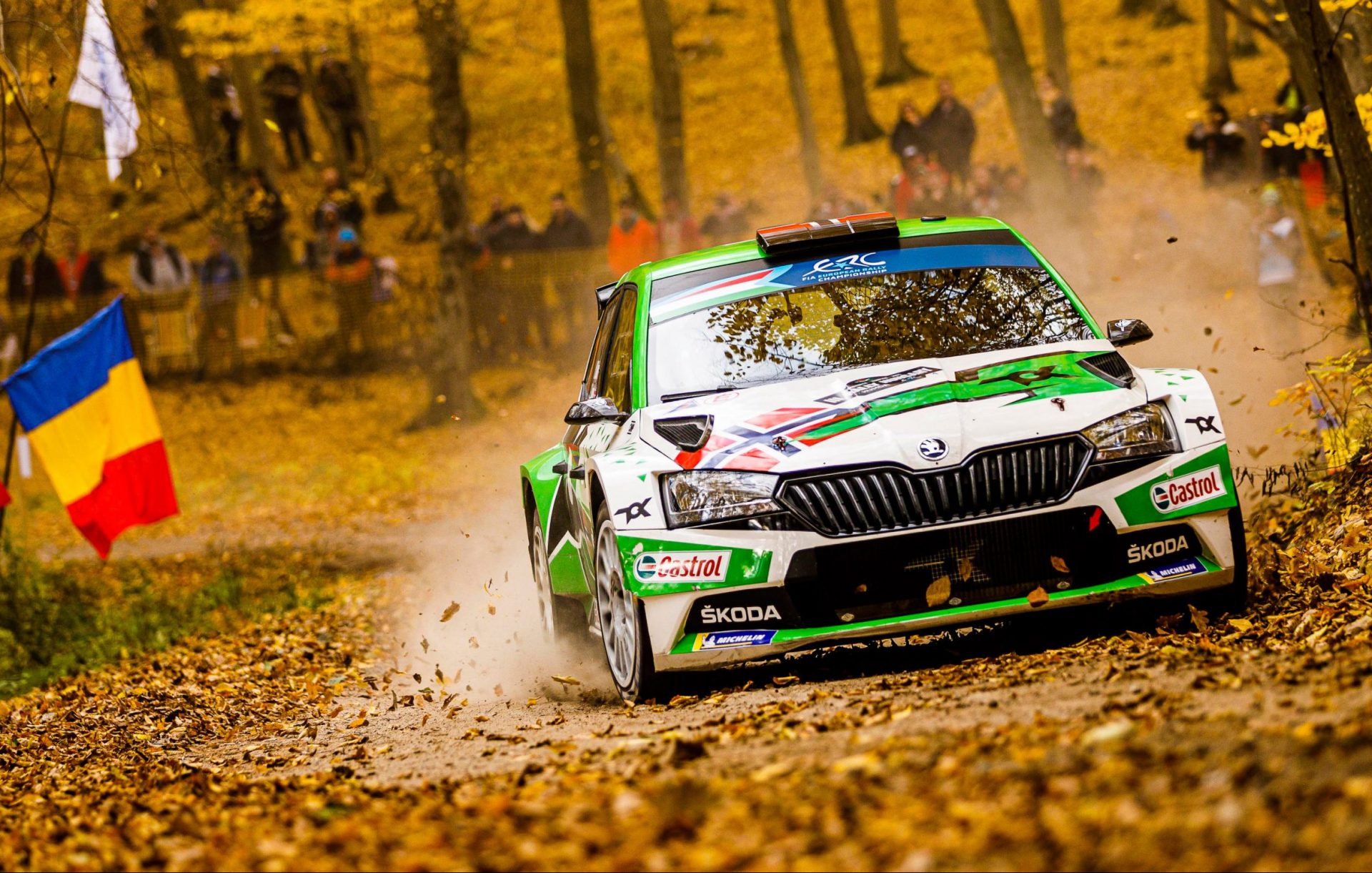 At the series’ penultimate round in Hungary, Mikkelsen and co-driver Elliott Edmondson overcame a handful of problems to finish sixth overall. That earned Mikkelsen enough points to win the title with the ERC finale on the Canary Islands still to come. He is the first Norwegian to become European Rally Champion.

“My goal before the season was to try to win the championship, so I’m very happy,“ Mikkelsen commented. “The goal was really, really tough and high. But I really believed in my team Toksport WRT. The ŠKODA FABIA Rally2 evo has been working so well. So it was up to me and my co-pilot to do the job. I think we managed quite well. The season has been amazing.”

When Rally Hungary began with some troubles for Mikkelsen, the championship race seemed to be wide open again. “We had less engine power in the morning. Luckily, we have good engineers who sent us helpful videos so we knew what to look for. The problem was a broken wire. I’m happy it was not more serious and we could continue,” the Norwegian reported after the first leg. After more delay due to a puncture, he was down in seventh position on Saturday evening.

During the second leg on Sunday, Mikołaj Marczyk was fighting for the last step on the podium. After a strong performance on the tarmac stages in the vicinity of Nyíregyháza, he eventually managed to take third overall. Efrén Llarena reached the finish in fifth position. Mikkelsen survived a minor off on Sunday to keep the seventh spot in the final classification. When provisional winner Nikolay Gryazin was handed a 15-minutes time penalty hours after the finish, the following drivers climbed one position in the final classification. With Marczyk second and Llarena fourth, sixth position left Mikkelsen with a big enough championship lead to win the title with one ERC round to go. Also, Mikkelsen’s team Toksport WRT, supported by ŠKODA Motorsport, takes the title in the Teams’ classification of the FIA European Rally Championship*.

On his way to the 2021 ERC title, three co-drivers shared the cockpit of the ŠKODA FABIA Rally2 evo with Mikkelsen: fellow Norwegian Ola Fløene, Jonas Andersson from Sweden and Briton Elliott Edmondson. “I knew it was going to be very, very tough with all the other strong drivers. So the title win was not for certain, that’s for sure. But we had a good season, driving very clever and always getting points when we needed to,“ Mikkelsen concluded.

*subject to confirmation by the FIA