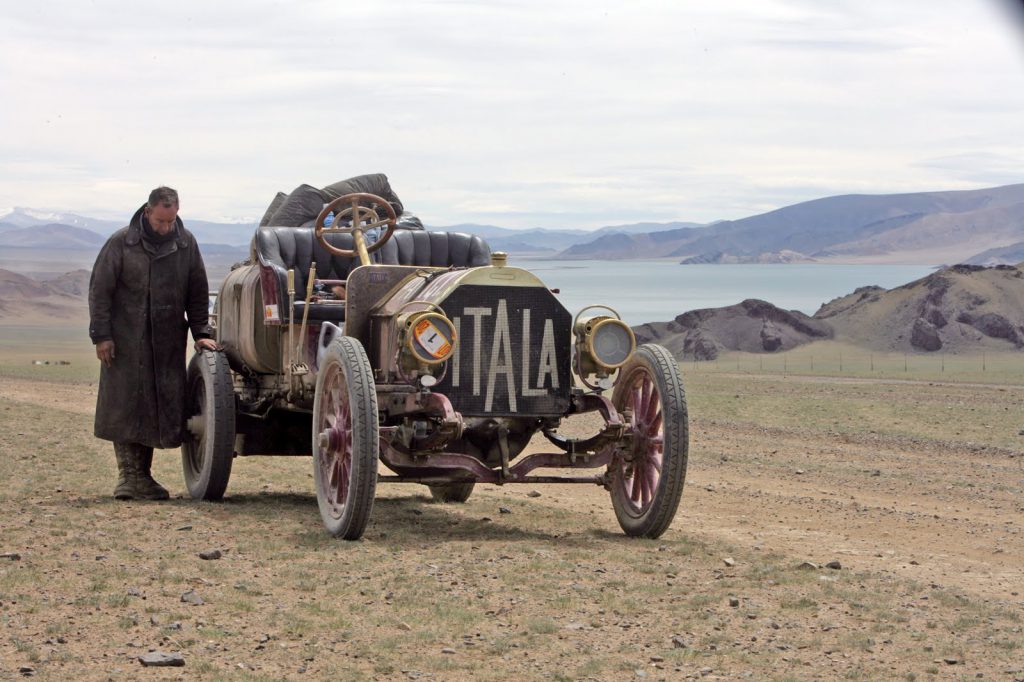 Peking to Paris 1907: A Race Across Continents Before There Were Even Roads

Even today, when travelling big distances in a car is seen as something ordinary, going from China to Europe by car is something of an achievement. Imagine how hard it had to be in 1907, when cars were more of a novelty than serious way of transportation. And it wasn’t just cars – the roads, especially in the undeveloped parts of the world, were almost non-existent.

Still, a group of daredevil racers decided to accept a challenge of the French newspaper Le Matin to drive from Paris to China’s capital of Beijing, then called Peking. The winner was to receive a magnum bottle of Mumm champagne as the only prize – but they were in it for fame and glory.

In the end, the route was reversed to avoid monsoon rains and on 10th June 1907, eleven men in five cars gathered in Peking, with 15,000 kilometres of deserts, mountain ranges and terrible roads ahead of them. There were no service parks, not support vehicles and no petrol stations – just fuel sent to several stops by camel caravans. The route, though, followed a telegraph line so the journalists (one in each car) could send regular updates to their newspapers, making the Peking-Paris a well-covered race.

The five cars were very varied – they ranged from a tiny 6HP Contal tricycle, driven by Auguste Pons, to a massive 40HP Itala with Prince Scipio Borghese behind the wheel. Between them, a pair of matching 10HP De Dion Boutons and a 15HP Spyker, driven by another French driver Charles Godard and Jean du Taillis, a journalist from Le Matin, finished the line-up.

While Borghese used his planning skills gained in military, pre-checked much of the route and arranged for fuel and spare parts to be delivered to several stops, Godard came with a borrowed car and almost no money for fuel, relying on begging and borrowing to make his way to Paris.

The first major obstacle were the mountains on the Mongolian borders, with narrow trails and steep cliffs. Often, cars had to be pushed or pulled by animals, as some of their engines were not powerful enough to climb the hills.

Even harder was crossing the Gobi Desert, which saw the first car drop out of the race, when Auguste Pons ran out of fuel and had to walk back to the civilization, almost dying out of thirst before local nomads found him and his co-driver. The little Contal was left to rust in the desert.

Other racers managed to follow the telegraph line through the desert, even though the cooling of their engines wasn’t designed to withstand the intense heat of the desert and crews often had to use their own drinking water supplies to keep them running.

They were going through places where not much travellers have gone before, let alone in a car. When Luigi Barzini, a journalist from the Prince Borghese’s crew, went to send the day’s news from the telegraph office in Hong-Pong village, he noticed that his telegram was marked “No. 1”. Amazed Barzini found out that it was not the first telegram of the day, or even of a month. It was the first one ever sent from the village in the six years since the telegraph office was built.

By that time, the Itala was already half a day ahead of others, with the gap increasing steadily. The hardest parts were yet to come, though. While the desert’s biggest challenge was the heat, the woods of Siberia came with unique set of problems. According to maps, a military road was stretching through the forests. In reality, the road was abandoned, with vegetation growing through it and most bridges destroyed or in bad shape.

Barzini even fell through a bridge once, but he managed to get the car back on the road and continue without any major injuries or damage to the car. Then, the Itala got stuck on the railway tracks and was nearly hit by the train, freed by its crew just in time. And when they had to use chains to cope with the mud, the wheels started to crack – eventually, Prince Borghese had to have a wheel made by a local cartwright, using just an axe and planks of wood.

By then, Itala was so far ahead of all other cars that the team could even take a detour to have a dinner on St. Petersburg. From the point when they crossed to Europe, their drive was almost uneventful, at least by the standards of the time. They arrived in Paris on 10th August, 61 days after their departure from Peking.

Both De Dion Boutons and the Spyker took 20 more days to arrive. The Spyker, though, had to finish with a driver sent from the factory after Charles Goddard was arrested in Berlin because of a money dispute and suspicion of fraud.

The race, and especially Borghese’s performance, was not only one of the biggest achievements of the early days of motorsport, but also a powerful reminder that cars can be more than just a rich men’s toys. If someone didn’t believe by then, he had to admit that a car can be a serious transportation.

Unlike other famous races, the Peking-Paris was never properly repeated, as any attempts were thwarted by the World War I and then the formation of the USSR. Only in 1990s, the event was revived as a vintage car rally and it was held six times since then. The next Peking-Paris is going to be held in June and July of 2019, with more than a hundred cars taking part.