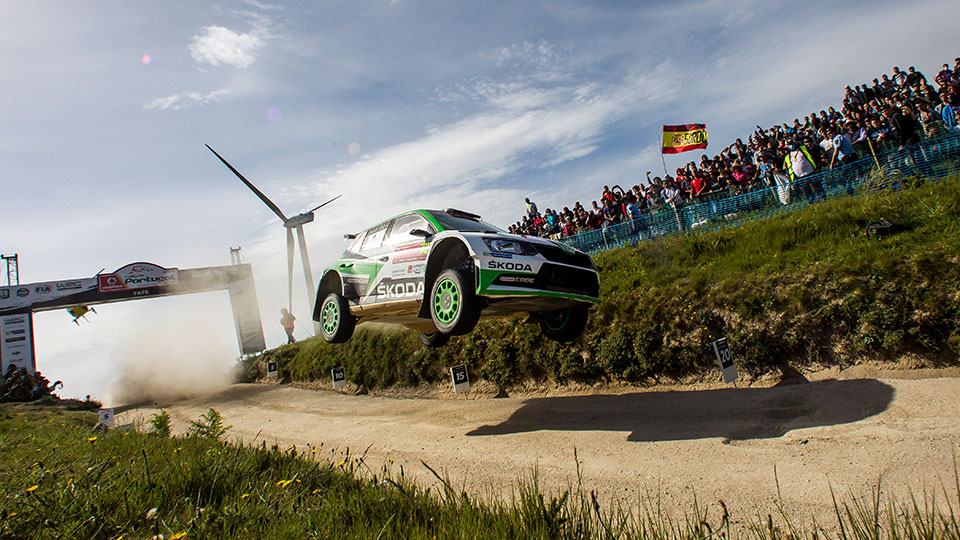 Rally de Portugal 2018: All You Need to Know Before Rally Starts

One of the founding events in the WRC, Rally de Portugal also counts among those most demanding. Although officially denoted as a gravel rally, its route around Porto in northern part of Portugal also includes around 10 % of tarmac roads.

For last two years, ŠKODA Motorsport crews dominated the WRC 2 class of Rally de Portugal and this year, the team hopes to repeat the great performance.

As usual, ŠKODA Motorsport is fielding works crews on FABIA R5s in the WRC 2 class of Rally de Portugal. This time, Scandinavian crews of Pontus Tidemand/ Jonas Andersson (SWE)and Juuso Nordgren / Tapio Suominen (FIN) were selected for the (mostly) gravel rally, while Jan Kopecký and Pavel Dresler will be representing the factory colours in the Czech Championship, at Rally Český Krumlov.

Besides the two factory cars, there are ten more FABIA R5s on the Entry list of Rally de Portugal:

The rally starts on Thursday evening at picturesque Guimarães Castle and continues with cars powersliding their way around Lousada rallycross circuit.

The first full day heads north for three repeated stages around Viano do Castello near the Spanish border and ends with two stages in the streets of Porto.

The Saturday’s leg is the longest and takes crews to demanding roads in the Cabreira mountains, with three stages in the morning and in the afternoon.

For Sunday, rally heads to the Fafe municipality and its iconic stage.

Fafe, a fan favourite that’s run twice on the final day of the rally. It offers great views from the hillsides overlooking the sweeping bends, and of course the magnificient jump right before finish. If you are coming to Rally de Portugal and only have time for one stage, this is the place to be.

Sandy and rocky roads are a challenge for the teams, who will have to take in account many constantly changing factors. While the early runners are scrambling for grip, the cars passing through the stages later often need raised ride height due to rocks and deep ruts, created by previous cars.

First held in 1967, Rally de Portugal is one of the oldest rallies on WRC circuit and was a part of inaugural 1973 WRC season. It stayed until 2001, when it was ruined bad weather, and then lost its place in the calendar. After relocating south to the Algarve holiday region, it regained its place in 2007 and then moved back north in 2015.

Being run in and around the beautiful city of Porto, Rally de Portugal offers some great opportunities both to watch the action and spend some quality leisure time.