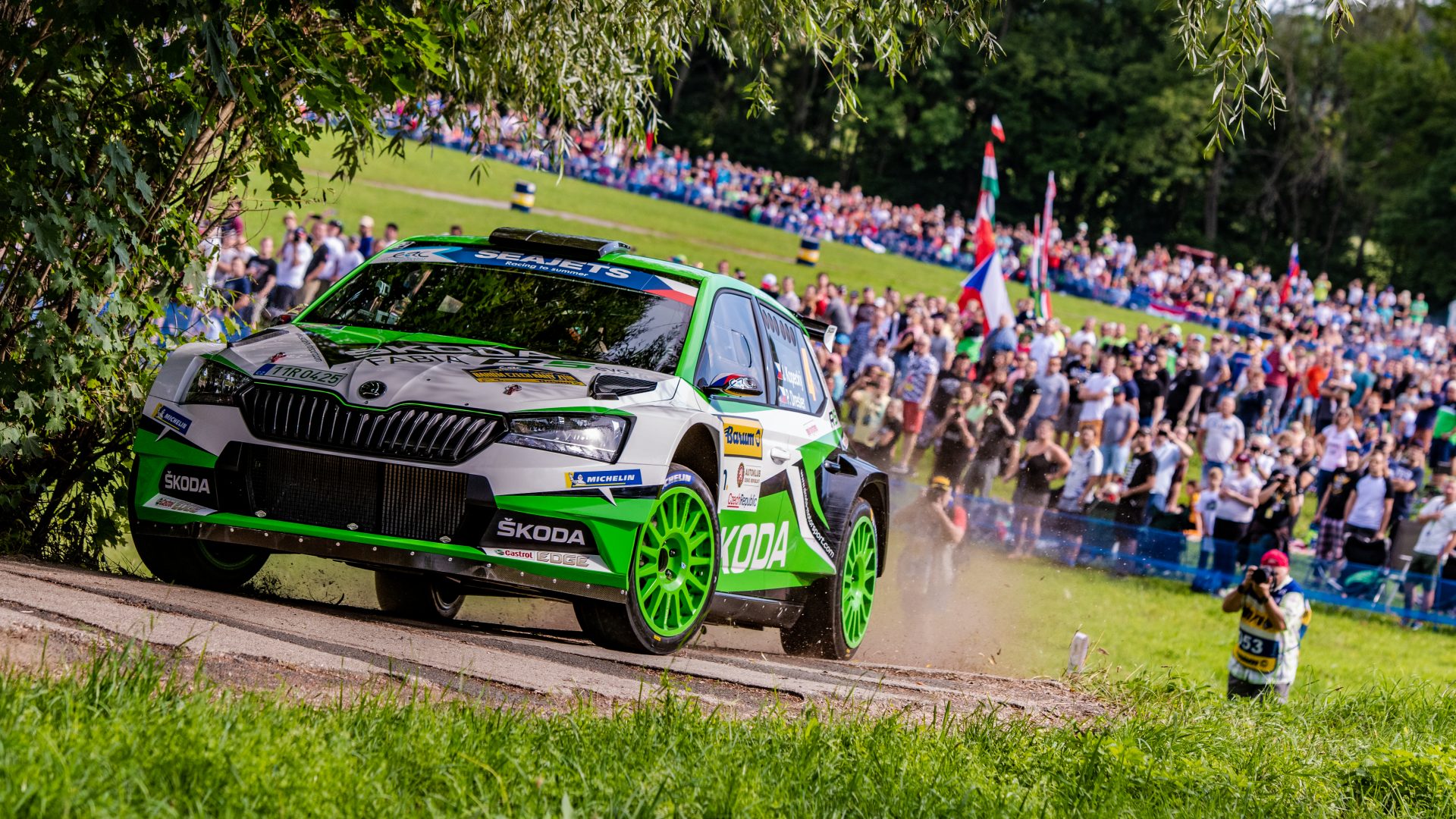 This year will be the 50th year of this successful rally competition, which can be proud of its attractiveness and difficulty. Not only has it become a regular event in the European Rally Championship, but in 2005 it was even a World Rally Championship (WRC) candidate event. And that means something. For ŠKODA, this rally is also special. It is ŠKODA cars that have historically been the most successful on this rally, with a total of 20 victories. Interestingly, Jan Kopecký secured 9 of them, which is far from being the case in the history of this rally.

The 50th anniversary edition of the Barum Czech Rally Zlín will be attended by 145 crews, 35 of which will be in the Rally2 cars and a total of 24 crews will be relying on the ŠKODA FABIA Rally2 or Rally2 evo. The clear favourite is  Jan Kopecký and co-driver Jan Hloušek, who will be competing under the banner of the Agrotec ŠKODA Rally Team. However, the competition will be fierce, something both Jan and Jan are well aware of. "We want to fight for victory, but our priority is to win the national championship. There will be a number of priority European Championship participants at the start, so it won't be easy to win," says Jan Kopecký, adding, "A steady, error-free performance throughout the competition, the length of which exceeds the usual parameters of domestic events, will lead to success. We are looking forward to the duels with strong competition and hope that the spectators will enjoy them as well." Among the local crews who will be trying to make it difficult for Kopecký to claim his 10th victory at this event are Filip Mareš/Radovan Bucha or Dominik Stříteský/Jiří Hovorka in ŠKODA FABIA Rally2 or Rally2 evo cars. Among the foreign podium contenders with ŠKODA cars are Norway's Andreas Mikkelsen under the banner of the ŠKODA Motorsport supported team Toksport WRT, Spain's Efrén Llarena, Poland's Miko Marczyk and Hungary's Norbert Herczig.

ŠKODA Motorsport will of course be supporting its customers at this rally. This time, a team of technicians will be present with a fully stocked truck of spare parts.

The Barumka starts with a night super special stage in the centre of Zlín, which is especially attractive for spectators and is watched by thousands of fans every year. On Saturday, the crews will have just under 120 sharp kilometres divided into four special stages, which will be completed in two passes each. On Sunday, the principle of two passes through each stage will be maintained, but there will be only 3 stages with a length of 84 kilometres. The crews will cover a total of 211 sharp kilometres on an asphalt surface, which is, however, quite bumpy and broken in places. Several fast passages through forests and rain showers, which should be quite frequent during the rally, also add to the difficulty of the event.