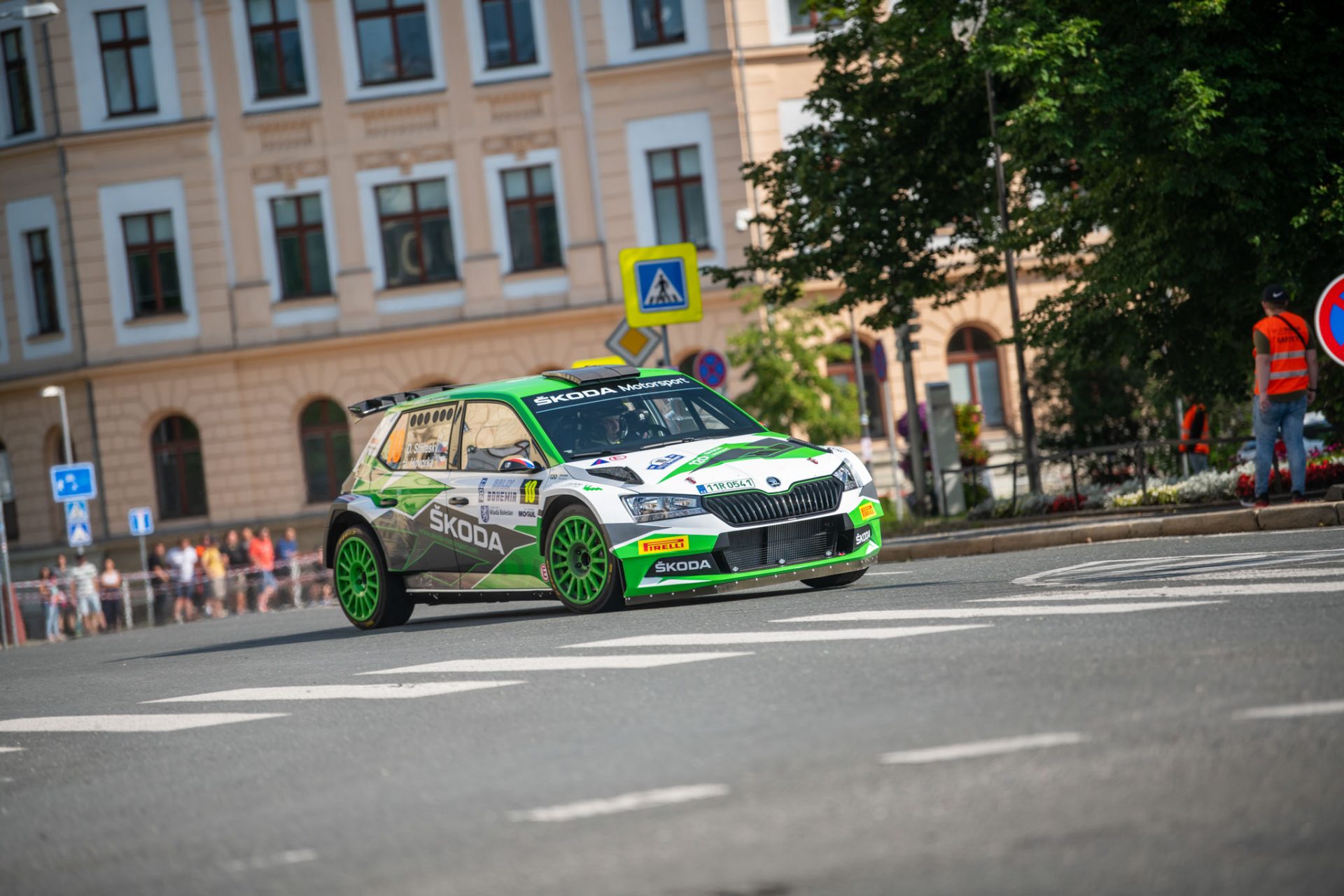 Where else to celebrate the 120th anniversary of ŠKODA's involvement in motorsport than on home ground? This year, Rally Bohemia was the centrepiece of the celebrations, and the crews with the ŠKODA FABIA Rally2 and Rally2 evo added the icing on the cake with their outstanding performances. Nine ŠKODA cars, including three FABIA Rally2 evo cars in ŠKODA Motorsport colours, made it into the top 10 overall. Jan Kopecký and Jan Hloušek drove to victory, Dominik Stříteský and Jiří Hovorka achieved their best result in their career in the Czech Rally Championship with second place and the Bolivian-Argentine crew of Marco Bulacia and Marcelo Der Ohannesian finished fifth.

"Thanks to the whole team for their perfect preparation and excellent performance during the competition weekend itself. Congratulations to all the crews, the double podium finish is doubly pleasing for us on a home rally in the context of the celebration of 120 years of the ŠKODA's involvement in motorsport. I would like to thank Honza and Honza for their flawless performance, Dominik and Jirka for their responsible approach in our first collaboration and Marco and Marcel for their excellent debut on the fast and unfamiliar tarmac of Mladá Boleslav," said Michal Hrabánek, Head of ŠKODA Motorsport.

The most successful dealer team crews were then Jan Černý and Petr Černohorský in third place and Filip Mareš and Radovan Bucha, who had to settle for fourth place after a puncture at the end of the competition.

Let’s remember this festive weekend with the best shots and photos that will look beautiful as wallpapers on your mobile phones.