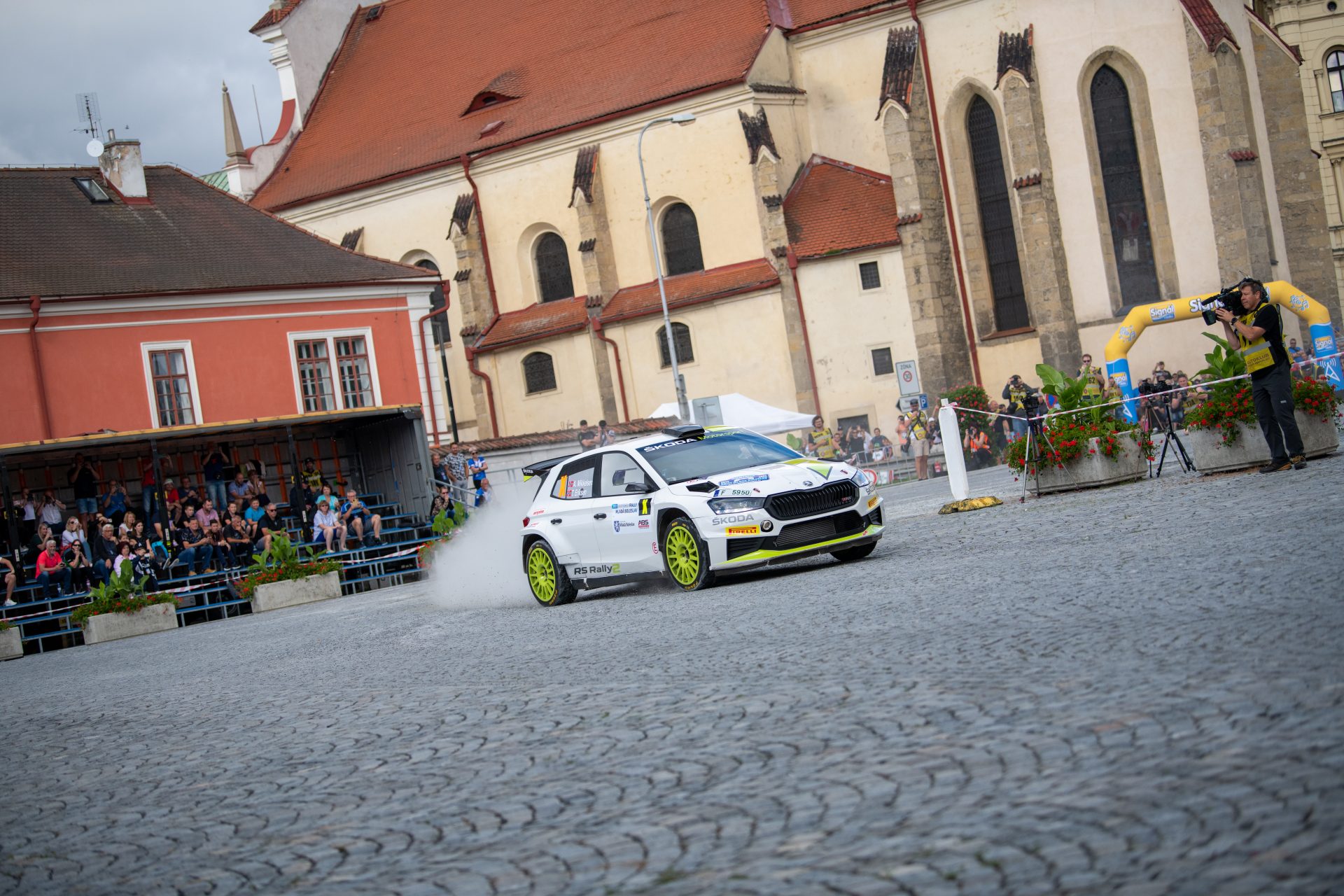 This year's Rally Bohemia was a true feast of rally sport. In addition to the spectator premiere of the new ŠKODA FABIA RS Rally2, spectators were also able to watch thrilling battles for tenths of seconds right up to the last stage of the event.

Friday's special stage on the Sosnová circuit was best suited to Dominik Stříteský, who was able to capitalise on his experience in kart racing and beat Petr Semerád by seven tenths of a second. Jan Kopecký, the multiple winner of Bohemka, finished in third position. However, the real fight for the overall lead did not get underway until Saturday. Kopecký, in his ŠKODA FABIA Rally2 evo, won three of the seven special stages and was less than a second behind Václav Pech in his powerful Ford Focus WRC at the end of the first leg. Two other drivers with FABIA cars were close behind - Filip Mareš and Simon Wagner from Austria, who found the tracks around Mladá Boleslav very suitable.

After Pech's retirement during the first stage on Sunday, the battle for victory was mainly between the Kopecký/Hloušek and Mareš/Bucha crews. After six special stages on Sunday, Jan Kopecký finally took first place, followed by Simon Wagner and Dominik Stříteský. All of them on ŠKODA FABIA rally cars.

In addition, the fans were able to enjoy the new ŠKODA FABIA RS Rally2 with Andreas Mikkelsen as the course car at a rally pace throughout the weekend. "Rally Bohemia is a beautiful event. The stages are varied and I really enjoyed them, even though the conditions were quite challenging due to the changeable weather. On Saturday we made some changes to the car set-up and the new car really enjoyed the Czech asphalt. I enjoyed it and I hope the fans did too," added Norwegian driver.