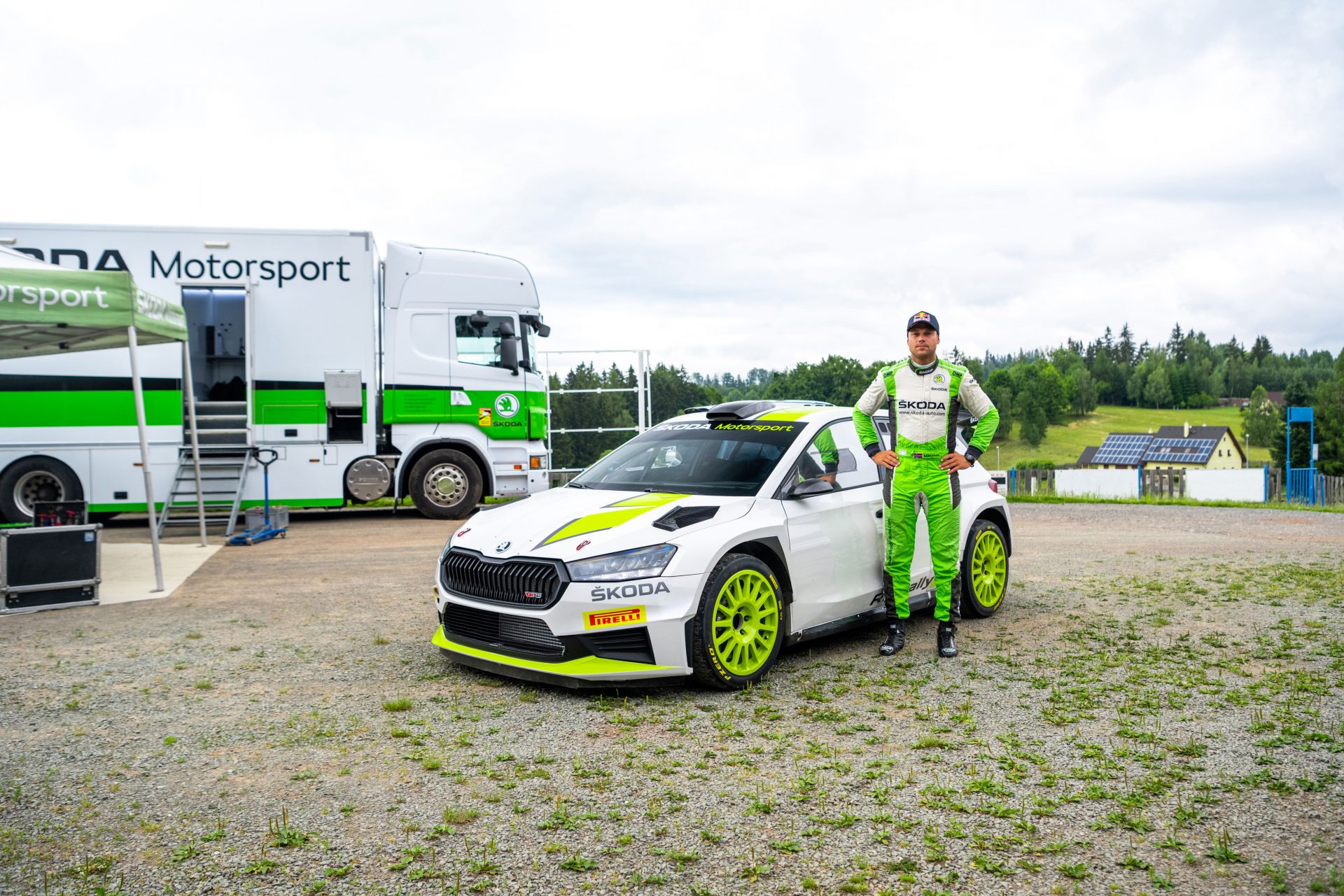 Rally debut of the ŠKODA FABIA RS Rally2 on the stages!

This weekend, Andreas Mikkelsen will already be presenting the all-new ŠKODA FABIA RS Rally2 to the spectators of the traditional Bohemia Rally Mladá Boleslav as a so-called course car outside the official classification.

The competition in the Mladá Boleslav area is not only of symbolic importance to ŠKODA, so the decision to show the new competition car to the public here is perfectly logical. Just a few weeks before the official homologation, the ŠKODA FABIA RS Rally2 will be presented on the tracks of all the X-marked stages. This means that it will run four minutes ahead of the first crew in the starting field. The role of its driver will be taken by Norwegian driver Andreas Mikkelsen, who has won three WRC events in the past and last year was overall winner of the European Championship and the WRC2 World Series with the ŠKODA FABIA Rally2 evo. His usual navigator, Torstein Eriksen, will be in the hot seat, so it won't be a whirlwind ride. Spectators along the track will be able to watch the brand new special at a blistering pace just ahead of the field.

The unique and technically demanding special stages will once again take the crews through the Central Bohemia and Liberec regions. On Friday there will be an acceptance ceremony and an afternoon spectator show at the Autodrom Sosnová near Česká Lípa, where the opening stage will take place in the evening. For this year, the organisers have prepared the difficult tests of Kvítkovice, Bzí and Radostín in the Liberec region, where the first stage will take place. On Sunday, the competition will return to the Mladá Boleslav region, where the participants will have the measured sections Staroměstská, Krásná and Zvířetice. Like last year, the service zone will be located at the airport in Hoškovice near Mnichovo Hradiště. The popular ŠKODA Rally Park will also be located there and will offer visitors a number of attractions. One of the biggest draws will undoubtedly be the mock-up of the new ŠKODA FABIA RS Rally2 competition special, but the ŠKODA AFRIQ student prototype is also sure to attract attention. Adults and children alike can race on rally simulators, with the winner of the entire weekend's competition receiving prizes.