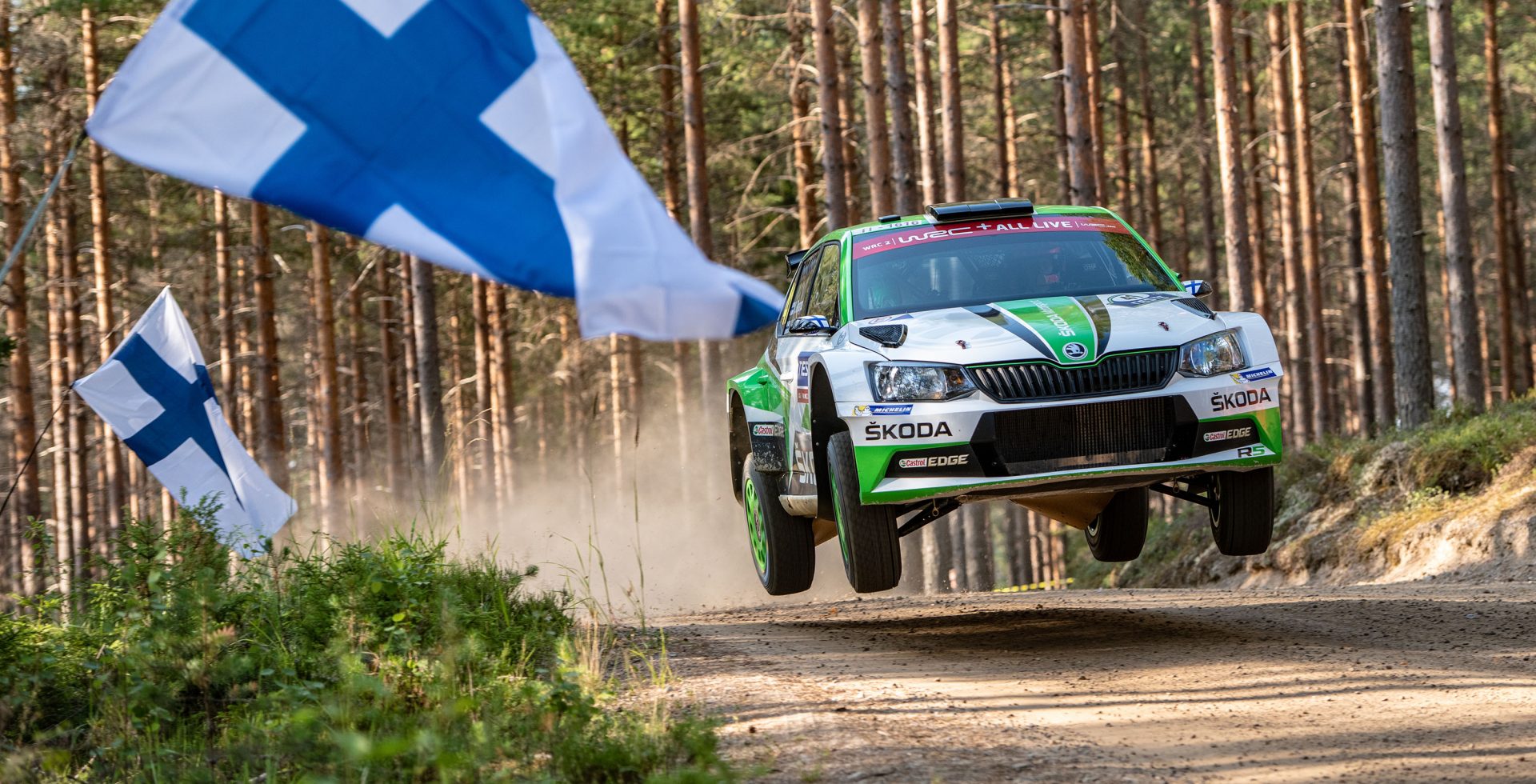 Rally Finland: The Fastest Rally Is About To Begin

Every rally fan in the world is turning their attention northwards, to the Finnish town of Jyväskylä. The best drivers in the world are preparing for the fastest rally of the season, the one everyone wants to win – Rally Finland.

Rally Finland, formerly known as The Rally of 1,000 Lakes, is nicknamed “The Finland Grand Prix” because of the high speeds achieved by the cars on the gravel roads. The stages take place on smooth roads full of blind horizons and long jumps. Originally named Jyväskyl§aSuurajot, this rally first took place in 1951.In 1959, it became part of the European Rally Championship.

Even with strong international participation, it was rare for drivers from outside Scandinavia to win here. The first one to do it was Carlos Sainz in 1990, followed by Didier Auriol two years later. Then came Sébastien Loeb, who dominated here with four victories, and finally Kris Meeke in 2016. Apart from those drivers, the list of winners contains only Finns, Swedes and Estonians. It’s also telling that in his 15-year-long career, Miki Biasion only entered this rally twice - and Walter Röhrl never came here at all.

A festival of speed

The rally traditionally starts on Thursday evening with the super special stage in the streets of Harju, followed with four stages on Friday morning and second runs in the afternoon. Three of these are identical to those from the previous year, with only SS Äänekoski receiving some minor changes. Friday’s programme will again finish in Harju.

On Saturday, the crews will spend 14 long hours in their cars, with 133 timed kilometres ahead of them, including the legendary Ouninpohja stage. On Saturday, the event will conclude with two runs of the classic stages Laukaa and Ruuhimäki. The second will be run as a powerstage and its highlight will be the big jump before the finish line. Unlike 2018, when 65 % of the tracks were new, this year’s changes are minimal.

The stages of the Finnish rally take place on hard, wide roads interspersed with narrower technical sections. It’s worth noting that Rally Finland accounts for 12 out of the 13 fastest events in the history of the WRC. The 2016 winner Kris Meeke achieved an average speed of 126.62 km/h, setting the WRC’s absolute record. In such conditions, the pacenotes have to be perfect, as there are often curves hidden behind blind horizons and it’s important to approach them at the correct angle. The differences between the drivers are so tiny that each mistake is hard to fix.

ŠKODA Motorsport will field two local crews in Finland. The first works FABIA R5 evo will be driven by Kalle Rovanperä and Jonne Halttunen, who are currently leading the WRC 2 Pro rankings. The second one will belong to Eerik Pietarinen and Juhana Raitanen, last year’s WRC 2 winners here in Finland. Another 16 ŠKODA cars will be fielded by local teams.