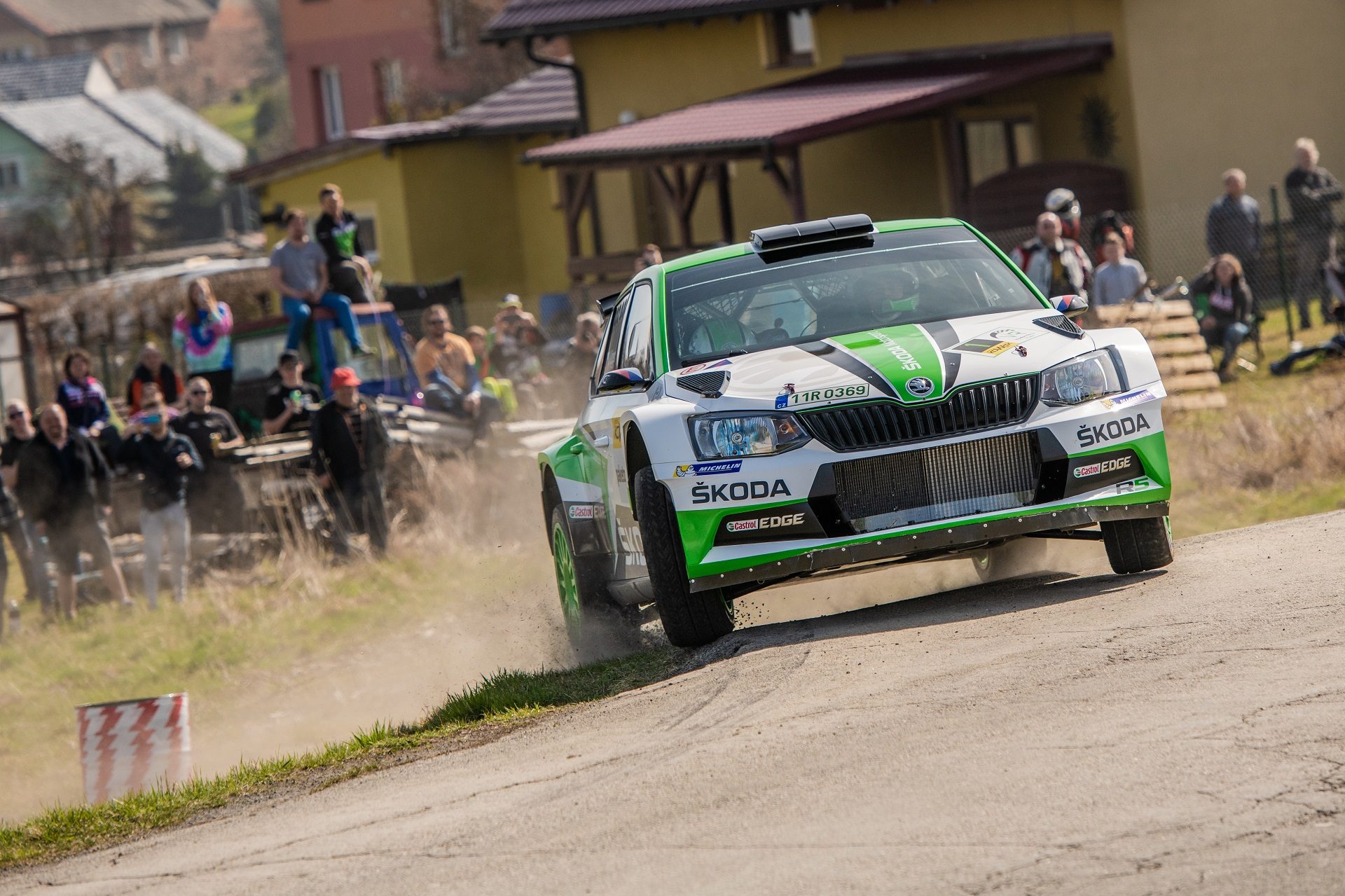 Resounding Victory for Kopecký and Dresler

The new season of the Czech Rally Championship started with Kowax Valašská Rally ValMez 2019 – and Jan Kopecký with his co-driver Pavel Dresler dominated the event in great style. The ever popular “Valaška” is one of the traditional rounds of the Czech rally season and takes crews to the fast tarmac roads around Valašské Meziříčí and Kopřivnice. In its 38th year, the spectators could enjoy some really attractive moments during its 164 kilometres of special stages.

The first of these was the 3.51 kilometre long special stage that took the crews through the centre of Valašské Meziříčí on Friday night. The crowds created a great backdrop. Jan Kopecký was apparently pleased by the turnout: “The atmosphere of the night stage was great. We kind of regretted that we could only drive once and the spectators didn’t get a chance to really enjoy us. We are really grateful for all the support.” Kopecký rewarded his fans with by gaining first place, 1.2 seconds ahead of Pech in the Ford Fiesta R5. After Friday’s test, eight ŠKODA FABIA R5 cars had managed to get into the first ten. The longest part of the rally, though, was due on Saturday, with seven special stages taking place during the day.

Saturday’s sunny weather, with high temperatures and clean tarmac, promised high speeds even with the stiffer tyres chosen by most drivers. The pace was really quick, which suited the Kopecký-Dresler crew well. During Saturday, they built up a lead of half a minute and the ŠKODA Motorsport works car controlled the field easily for the whole day.

Jan Kopecký summed up his thoughts from the Saturday’s special stages after the spectator’s favourite stage on the Tatra proving grounds in Kopřivnice: “Today, it was really fast, but even on hard tyres, we had a lot of grip. During the day, we made a few changes in the setup, but otherwise I’m very satisfied with the car. Some drivers complain about debris in the corner cuts, but that’s something you have to expect. It’s also something you could predict after the recce runs, so it was no surprise for us. The rally is interesting and I’m glad that others are showing great pace as well.”

Victory with no mistakes

The works crew confirmed its dominance on Sunday as well, increasing the lead to almost a minute after six stages. In the end, Kopecký and Dresler won all 14 special stages of the Valašská Rally and confirmed that they are unbeatable in the Czech Republic. Their winning streak started with the first victory in a ŠKODA FABIA R5 at Rally Šumava Klatovy in 2015 – that means 23 rounds of the Czech Rally Championship. For Jan Kopecký, it’s also his 45th victory in Czech rallies. The boss of ŠKODA Motorsport, Michal Hrabánek, praised his precision driving: “Jan and Pavel once again proved their pace. Their drive was perfect and precise – like a Swiss watch.”

Second place at Valaška went to Václav Pech and Petr Uhel in their Ford Fiesta, followed by privateers Mareš/Hloušek in a ŠKODA FABIA R5.