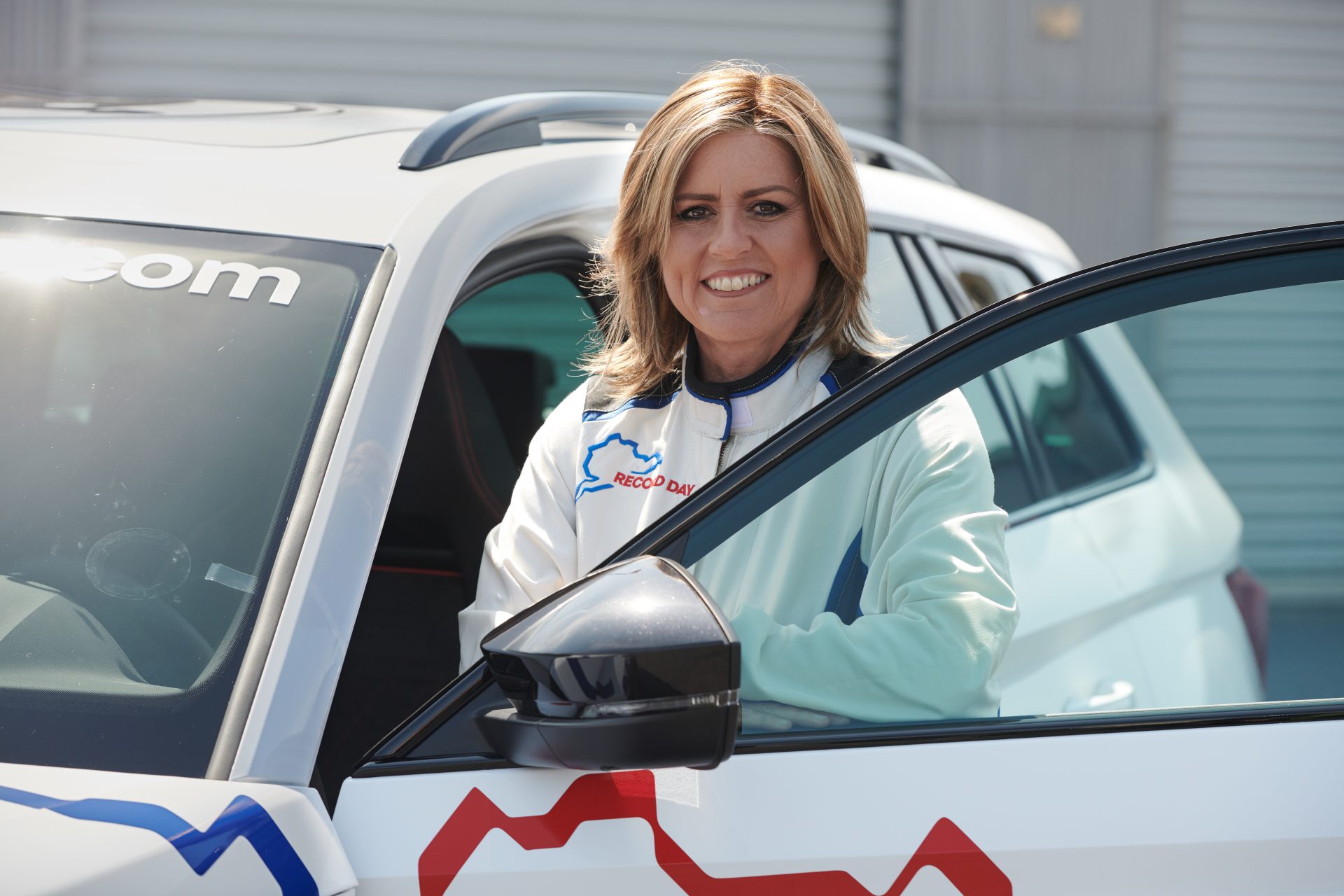 A girl from a family of hoteliers, she was meant to follow the tradition and become a respected sommelier and a restaurateur. In the end, though, the talent, passion and great personality sent Sabine Schmitz towards a career full of speed and adrenalin.

She was born in 1969 in Adenau, right in the middle of the world’s toughest racetrack – the Nürburgring Nordschleife. The track that attracted the most courageous racers on the fastest machine became a great opportunity for development of tourism in the Eifel mountains. The names like Louis Chiron, Rudolf Caracciola, Tazio Nuvolari and other made this region famous way before the World War II. After the war, spectators could watch fascinating battles among men like Stirling Moss, John Surtees, Jackie Stewart and others.

Sabine is the youngest of three daughters in the family that owns the famous Hotel am Tiergarten. She studied hotel management and became a sommelier. Later, she married a hotelier named Reck and moved to the town of Pulheim near Cologne. However, Nordschleife remained under her skin ever since she took part in public trackdays there, together with her sisters. All three of them started racing, but Sabine was the only one who never left this noble pastime – and made it a profession. She was winning in the Rundstrecken Challenge Nürburgring, the VLN series endurance races and, as the first woman ever, won the 24 Hours Nürburgring in 1996.

The way most participants in Nordschleife trackdays remember her is this: One second, they look into the rearview mirror to see nothing. Another, there’s a BMW M5 from the Ring Taxi programme in a safe distance behind them. Then, once possible, the super saloon with smiling woman behind the wheel overtakes them and disappears into the distance at a high rate of speed. That was Sabine’ß life until 2011, when she stopped driving for the Ring Taxi programme.

Her first step towards fame outside the ranks of Nordschleife regulars was an episode of the famous BBC motoring show Top Gear from 2004. After Sabine coached the presenter Jeremy Clarkson to achieve run the lap under 10 minutes in a Jaguar S-type diesel, she tried to beat his time in a Ford Transit van. She lost by just 9 seconds.

After that, her television star started to rise. Besides commenting races with her witty, sharp-tongued style, she got more fans by presenting a motoring show called D Motor on DMAX television, alongside another famous racer Timo Schrick and motoring journalist Carsten van Ryssen.

Later, she returned to Top Gear, this time as one of the presenters after the show’s restart in 2016. The first series after the departure of the original trio was subject to criticism even though Sabine’s funny personality and driving skills were nothing but authentic and the problem was mostly on part of screenwriters. That’s why Sabine left the team after the six episodes of the 23rdseason aired, to lukewarm reception.

Sabine is still racing and still loves speed. Whenever you come to Nordschleife, you should never miss an opportunity to eat at the Pistenklause restaurant on the ground floor of Hotel am Tiergarten, which Sabine runs with her family – the steaks done on lava stones, for which the place is famous, will give you enough energy for the whole day.

Now, Sabine is also a hero for ŠKODA, after she used her driving skills to bring a new record for the fastest seven-seater SUV on the Nordschleife. With a new ŠKODA KODIAQ RS, powered by 2.0 BiTDI engine with 176 kW (239 PS), she managed to run almost 21 kilometre long lap in 9 minutes and 29.84 seconds.