The Pearl of Africa Uganda Rally (30th June to 1st July) was the fourth round of the FIA African Rally Championship (ARC) and saw ŠKODA claim its first victory in this series. It was only the third ŠKODA win on African soil and means FABIA R5 has now won rallies in the African, Asia-Pacific, Middle Eastern, European and South American (CODASUR) rally championships.

It was the Multiple Racing Team’s FABIA R5 of Kenyan Manvir Baryan and his British co-driver Drew Sturrock that took the famous victory. And it was a dominant performance, as they finished 9 minutes and 51 seconds ahead of their closest rivals, winning eight of the ten special stages as they led from start to finish. In his first season in a FABIA R5, Baryan has impressed, winning the Mombasa Rally and RSC Rally in the Kenyan championship and also finishing third in the ARC standings at the Safari Rally. But this was unquestionably his finest performance to date and fittingly elevated him to the top of the African Rally Championship standings. 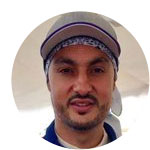 “I have really had a good time throughout this event,” said Manvir Baryan afterwards. “The stages, fans were all incredible. It really feels good to win in Uganda. Once [Jaspreet Singh] Chatthe retired, the competition was fairly easy and we didn’t have to push too hard to win.”

Despite leading the Championship, Baryan is still undecided as to whether he will compete in the remaining three rounds of the African Rally Championship, which take place in Tanzania, Rwanda and Zambia.

“The ARC is so demanding, so I need to sit down and evaluate the situation with my team,” he explained. “My main focus is winning the Kenyan title and I am currently second in the championship standings there.”

The African Rally Championship will resume with the Rally Tanzania from 4th to 6th August.

At the Rally Poland (29th June to 2nd July), the eight round of the FIA World Rally Championship, Ole Christian Veiby won his first ever WRC2 rally, after finishing 32.9 seconds ahead of ŠKODA Motorsport’s Pontus Tidemand. Quentin Gilbert also took his FABIA R5 onto the podium in third place, while Benito Guerra ensured it would be a 1-2-3-4 finish for ŠKODA.

And there were three more ŠKODA‘s in the top 10 at the Rally Bohemia too. Vojtěch Štajf / Markéta Skácelová (Klokočka ŠKODA Czech National Team ) finished in eight position in their FABIA R5, Jaromír Tarabus / Petr Machů were ninth in their FABIA S2000 and completing the top 10 were Jan Sýkora / Štěpán Palivec.

It was a good weekend in the Turkish Rally Championship for the FABIA R5s of the BC Vision Motorsport team. In the third round of the season, the Rally Troia (30rd June to 2nd July), Burak Cukurova / Vedat Bostanci finished second overall. It was their third successive runners-up finish of the season, which leaves them second in the championship standings too. Their team-mates Uğur Soylu / Aras Dinçer finished one place behind them in third. Both cars were prepared and run by the Hungarian Topp-Cars Rallye Team.

It was also a good weekend for ŠKODA at the Rallye Régional de la Côte Roannaise (1st July) in the French Cup, with FABIA R5s taking all three podium places. Mathieu Arzeno / Romain Roche took the victory in the car of the Rally Service Racing. It was their second win in a week, after success at last weekend’s Rallye National du Gard - Alès Agglomération, also in the French Cup. Just 10.4 seconds behind, in second place overall, were David Salanon / Jérôme Cave. Salanon actually co-owns his FABIA R5 with Paul Gautier, but this was just his second drive in it. He won his debut event at the Rallye Régional Baldomérien. Just behind them in third place were Julien-Alexandre Courchet / Romain Pagnon, also driving for Rally Service Racing. This was their third podium finish in four events in the FABIA R5.

And there was more success in the French Cup at the Rallye National de Saint-Marcellin (30th June to 1st July), where Fabrice Bect / Geoffrey Combe won by a margin of 2 minutes and 41 seconds. The result maintains Bect’s 100% record with a FABIA R5 in the French Cup, with three wins from three rallies so far.

At the Camunia Rally (1st to 2nd July) in the Italian regional series (Zone 2), Ilario Bondioni / Maria Panteghini took the victory ahead of teammates Luca Tosini / Roberto Peroglio. Both were in FABIA R5s for the New Turbomark team.