The Rally San Marino (14th to 16th July) was both the sixth round of the Italian Rally Championship (CIR) and the third round of the Italian Gravel Rally Championship (CIRT). The rally consisted of 14 special stages and 125 kilometres of competitive distance and it proved to be a hugely successful event for the crew of Umberto Scandola / Guido D’Amore, who were driving for the ŠKODA Italia Motorsport team, in a ŠKODA FABIA R5 prepared and run by the Car Racing team.

They led from start to finish after a fantastic start which saw them winning all of the opening five stages. With the first leg consisting of ten short, fast and slippery stages, they then worked to maintain their lead and ensure full points for the opening leg (points are scored for the results of each leg as well as for the overall result in the Italian championship). They ended up just 5 seconds ahead at the end of the day, so there was still plenty of work to do during the second leg. But two stage wins and two second places over the four longer special stages ensured that they won the second leg too. The margin of victory was much more comfortable too after the retirement of Simone Campedelli, who had pulled level with Scandola at the top of the overall standings but crashed out on SS12.

Scandola ended up claiming overall victory by a margin of 2 minutes and 25 seconds, to secure his second win of the season, but that doesn’t tell the whole story of what was a hard-fought victory. 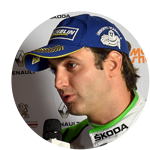 “We are very satisfied with the result and grateful to all the team who provided us with such a perfect car,” said a delighted Umberto Scandola at the finish. “This rally was crucial for our championship challenge so we couldn’t afford to make mistakes here. We attacked and defended when we needed to and enjoyed the good luck which has eluded us in recent rallies too. There were some great drives from our rivals too, but we are very pleased to secure so many important championship points.”

The result means Scandola now sits in third place in the overall championship standings, just 16.5 points behind the leader, with two events remaining.

Further down the field, Luca Hoelbling / Mauro Grassi, driving for the Movisport team in a FABIA R5 also prepared and run by Car Racing, finished in fifth place overall, which is Hoelbling’s best result of the season, as well as his best result ever at the Rally San Marino. But more importantly for the season, they also ended up second in the CIRT standings. This championship is Hoelbling’s priority for this season.

The next round of the Italian Rally Championship will be the Rally di Roma Capitale on the 16th and 17th September.

The AutoGlym Ralli (15th July) is a Finnish rally used by many drivers and teams as preparation for the upcoming WRC Rally Finland. And so it proved this year, as a high-quality field competed over 8 stages and 110 kilometres.

For Ole Christian Veiby, the winner of the last round of the WRC2 championship at the Rally Poland, this rally was vital preparation and once again he kept his good form going. Alongside his regular co-driver Stig Rune Skjærmoen, Veiby finished second overall but won in the R5 class in the FABIA R5 prepared and run by the Printsport Oy team. In the overall standings he finished just 1 minute and 38 seconds behind the experienced World Rally Championship driver Thierry Neuville, who was driving a more powerful World Rally Car. 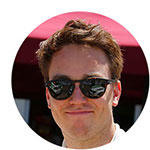 "This was a very good ‘test’ ahead of the Rally Finland,” said Ole Christian Veiby afterwards. “We got a taste of fast stages and jumps as well as a reminder as to how slippery and tricky the Finnish stages can be. It feels great to be the fastest car in the R5 class, and second overall. We also kept speed with Thierry Neuville, which gives us an extra boost. I'm now really looking forward to taking on the Rally Finland!"

There were two other FABIA R5s, both run by the Printsport Oy team, which finished inside the top 10, with Kari Hämäläinen / Arto Kapanen finishing sixth overall and fourth in the R5 standings and Marko Mänty / Joni Mäkelä one place behind them in seventh overall and fifth in the R5 class. It was Hämäläinen’s first ever drive in a FABIA R5. Mänty currently sits third in the Finnish Rally Championship standings. He impressed at the start of this rally, leading the R5 class for the opening three stages before losing more than four minutes on SS6.

There were also other notable performances from Jari Huttunen and Juuso Nordgren. Huttunen, who along with co-driver Antti Linnaketo was another Printsport Oy driver, sat second in class over the opening three stages and even led between stages 4 and 6 before a crash on stage 7 forced him into retirement. But at the age of just 23, and making his debut drive in an R5 car, it was an impressive performance and it is little wonder he is an ERC Junior U-27 Championship front-runner. He is undoubtedly another young Finnish talent to watch.

But so too is Juuso Nordgren. He is two years younger than Huttunen, 21 years old, but has already impressed in his three previous drives in a FABIA R5, with two second place finishes in the Finnish Rally Championship under his belt already. He impressed here too driving for the TGS Worldwide OU team alongside co-driver Mikael Korhonen. After Huttunen’s retirement, he assumed second place in the R5 class standings until succumbing to a heavy crash on the final stage.

Both Huttunen and Nordgren are entered into the WRC Rally Finland and it will be interesting to see how they deal with the biggest rally on the Finnish calendar.

The Slovak Rally Championship continued last weekend with its fifth round, the Rally Lubeník (14th to 15th July). It was a weather affected rally, with dry conditions in the morning being followed by heavy rain in the afternoon.  Martin Koči / Filip Schovánek, driving a FABIA R5 for the Styllex Motorsport team, impressed in the dry and led until SS6. But as the heavens opened, they were reeled in and ended up finishing in second place by a margin of just 4.7 seconds. “I'm a little bit sorry that we were not able to take first position because I know that we had the speed for it,” said a disappointed Martin Koči afterwards. “But it was a great battle anyway. We made some mistakes, but no major one. It's a shame, but the championship is still open and we have to keep trying.”

Igor Drotár / Tomáš Plachý finished in sixth place overall at the Rally Lubeník for the Drotár Autošport team, while there was disappointment for Grzegorz Grzyb / Jakub Wróbel, driving for the Rufa Sport team. Grzyb had won five of the previous eight editions of this rally, but this time he was forced to retire after SS2.

The Raliul Perla Harghitei (14th to 15th July) was the 5th round of the Romanian Rally Championship and saw two FABIA R5s finish on the podium after both were in contention for the win at different points. It was Dan Gîrtofan and his co-driver Tudor Marza, driving a FABIA R5 for ŠKODA Romania Motorsport, who came closest, as they finished just 5 seconds shy of victory in second place overall. It was a disappointing result as they led by 1.5 seconds going into the final stage. “It seems that luck is not on our side this season,” said Dan Gîrtofan afterwards. “Maybe if we could have been a little bit bolder on the last pass on Lueta, we would have won the rally. Our chances at the championship title have diminished, but nonetheless, we will fight until the end.”

Just over a minute further back, in third place overall was the FABIA R5 of Hungarians Dávid Botka / Ramón Ferencz, who had led for the opening three stages. Botka, who is a regular in the FIA European Rally Championship (ERC), was making his debut drive in the car which was only bought a few weeks ago, so will be happy with the result. Meanwhile, fellow Hungarians Zsolt Marozsi / Péter Mihalik finished in eight place overall in what was also their first rally in a FABIA R5.