The Rally Liepāja (6-8 October) in Latvia was the eighth and final round of the FIA European Rally Championship (ERC) as well as the sixth and seventh rounds of the Latvian Rally Championship. Even though this competition had already been decided, there was still much to play for in the ERC standings.

In the end, it was the Sports Racing Technologies pairing of Nikolay Gryazin / Yaroslav Fedorov who took the win in their ŠKODA FABIA R5. Gryazin, who celebrated his twentieth birthday on the Saturday, won seven of the thirteen special stages and only finished outside the top two once despite the difficult conditions. He ended up 18.3 seconds ahead of rival Kalle Rovanperä to ensure he won his first ERC and ERC Junior Under 28 rally. He claimed a win in both rounds of the Latvian championship too.

The result lifts Gryazin up to fifth in the overall ERC standings and second in the ERC Junior U28 classification.  He also finished runner-up in the Latvian championship, which Kalle Rovanperä had already secured in his TGS Worldwide OU FABIA R5 back at the Lõuna-Eesti Ralli. 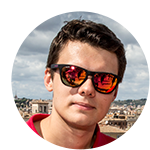 “It was a really good birthday present for me,” said a delighted Nikolay Gryazin at the finish. “All the race it felt OK, but in some places, we really drove at the limit. Kalle was really fast and I’m happy to win after a good competition.”

It was the German Albert von Thurn und Taxis who was next highest FABIA R5 driver to finish. Driving a FABIA R5 prepared and run by the Wevers Sport team alongside Belgian co-driver Bjorn Degandt, he finished in fifth place and it was his second top five result in the ERC despite this being his first full season in the championship.

Going into the rally, all eyes were on the FABIA R5 of Portuguese duo Bruno Magalhães / Hugo Magalhães. They were chasing a win which could have secured them the ERC title, but disaster struck on the penultimate stage of the first leg.

Rain was falling heavily and there was a large pool of standing water on one corner, which led to some questioning whether the stage should have been run. But it was, and the water caught Magalhães out and he crashed into a tree, ending his championship hopes. The same corner ended the challenge of Alexey Lukyanuk, who was leading the rally at the time. 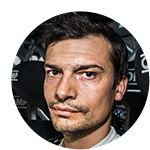 “I am feeling okay,” said a disappointed Bruno Magalhães after the incident. “I didn’t want what happened to happen, but what we have done for the whole championship, to come second is amazing. I came here trying to win. It didn’t happen but now I focus on a new project for next year because I love this championship and I want to come back.”

But Saba, driving alongside co-driver Fernando Mussano, didn’t have it all his own way during the rally itself as it was Didier Arias and his co-driver Hector Nunes who claimed the victory. Saba led the way in the opening stages, but he encountered problems on SS15 which saw him drop back to third.

Arias took up the lead, and never relinquished up, eventually claiming the win by a margin of 1 minute 45 seconds. Saba fought back manfully and did enough to ensure he would finish as runner-up.

And with four victories to his name already this season (at the Rally Trans Itapúa, Rally de Santani, Rally de la Republica and Rally Acosta Ñu), as well as two more runner-up spots, that was enough to ensure he would be the Paraguayan Rally Champion for 2017.

All Saba’s attention will now turn to the Rally del Atlántico (24-26 November) in Uruguay, which is the concluding round of the CODASUR South American Rally Championship. There he will be up against fellow FABIA R5 driver Marcos Ligato as he attempts to retain that title as well.

There was both ecstasy and agony for Dan Gîrtofan at the Raliul Sibiului (6-7 October), the seventh and final round of the Romanian Rally Championship, as he ensured an empathic victory which was not quite enough to clinch the Romanian title.

Gîrtofan, who was driving a ŠKODA FABIA R5 for the ŠKODA Romania Motorsport, had remained in title contention after the previous round, the Rally Iasi when a successful appeal against a penalty saw him belatedly awarded the victory. Which meant coming into this rally, Gîrtofan knew he had to take the win and hope other results went his way if he were to be champion. And there was nothing more Gîrtofan himself could have done. He led the rally from start to finish, winning twelve of the fourteen special stages to end up 1 minute and 15 seconds clear of his closest challenger. Unfortunately for him, that was title rival Bogdan Marisca, and his second place finish was enough to ensure he would be champion. 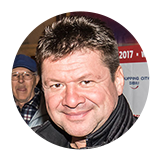 “We started the rally with one thing in mind: to win the rally,” explained Dan Gîrtofan. “The rest was not up to us. We had to win both days of the race and the Power Stage in order to have a shot at the title. We managed to achieve all that, but in the end, it wasn’t enough. It’s disappointing to lose a title race by just a few points, but it is what it is and we have to live with it. Our consolation prize is that we are the crew with the highest number of special stage wins and that’s proof that we can go fast, very fast. This is a foundation on which we can build next season when we will have only one goal: to be champions.”

At the RallyRACC Catalunya - Costa Daurada (5-8 October), the eleventh round of the FIA World Rally Championship, Ole Christian Veiby / Stig Rune Skjærmoen finished third in the RC2 class and tenth overall for the Printsport Oy team, while Benito Guerra / Daniel Cué were third in the WRC2 standings for Motorsport Italia.

In the Czech Republic, the Rally Příbram (6-8 October) was the seventh and final round of the Czech Rally Championship. With Jan Kopecký having already secured the title for ŠKODA Motorsport with victory in each of the first six events, this was a chance for the customer teams to shine. Vojtěch Štajf / Markéta Skácelová (FABIA R5) led home the ŠKODA contingent with a third place finish for the Klokočka ŠKODA Czech National Team. It was Štajf’s first podium finish of the season and equalled his best ever result in the championship. Just behind him in fourth place were Jaromír Tarabus / Petr Machů in a FABIA S2000. It was their best result in the Czech championship since the Barum Rally Zlín in 2014. And in fifth position were Karel Trojan jun. / Petr Chlup (FABIA R5; J-M Motorsport).

There was plenty of action in the French Cup ahead of next week’s final. At the Rallye Régional du Pays Vençois (7-8 October), there was a tenth victory of the season in this competition for Anthony Puppo. He was driving for the SJ-3P team alongside co-driver Jean-Charles Descamps and they finished 50.2 seconds ahead of the field.

At the Rallye Régional du Cabardès (8 October), Kévin Constanty / Pauline Bardoux secured their first ever overall victory in just their second drive in a FABIA R5. They won by a margin of 16.8 seconds.

On to the Rallye Régional des Bauges (7-8 October), where Michel Giraldo / Méryl Giraldo secured their third win in just four starts in a FABIA R5. They finished 21.1 seconds ahead of Ludovic Bogey / Sissy Reignir who were making their debut FABIA R5 drive.

On to Italy and the Rally Città di Pistoia (7-8 October) in the -Italian regional championship (National Zone 5), where Gabriele Tognozzi / Francesco Pinelli finished first in R5 class and second overall in a car prepared and run by Colombi Racing, just 9.1 seconds behind the overall winner. Luca Artino / Andrea Gabelloni finished fifth in their FABIA R5 for ART-Motorsport.