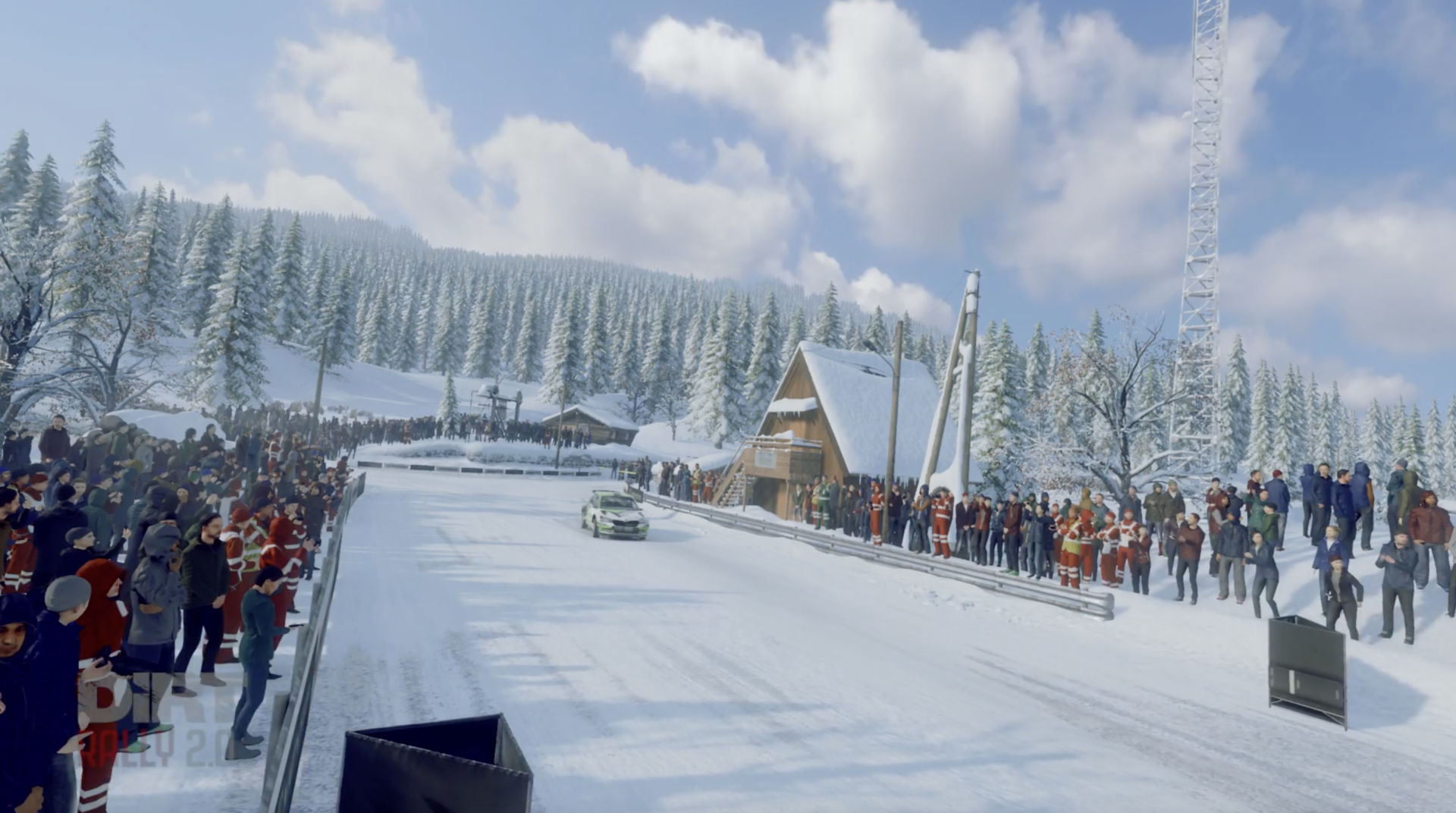 The new season of the ŠKODA Motorsport eChallenge kicks off in a very traditional way in Monte Carlo. On the treacherous stages of the Provençal Alps with dry, snowy and icy sections, the players will mainly test their ability to read the grip of the surface and the correct tyre choice.

The 1973 World Rally Championship was the first ever season of the WRC as we know it today and the 1973 Rallye Monte Carlo was its inaugural event. However, there was no immediate edition to follow, but Monte Carlo has been run continuously every year since. Since the 1984 Rallye Monte Carlo, all-wheel drive cars have consistently won there, which is not surprising given the extremely variable conditions here. The Alpine passes often alternate between sections of snow and ice and dry asphalt, which puts particular demands on the correct choice of tyres. Monte is all about experience and the feeling with which the crews can read the grip of the track. It's not for nothing that Ogier and Loeb have won 16 triumphs there. Sébastien Loeb's performance this year is particularly remarkable, winning the Monte at the age of 47, after not sitting in a WRC car all last year. In this case, the experience is truly priceless.

The 8 stages in DiRT Rally 2.0 take place around the famous Col de Turini, quite possibly the most famous stage of the Rallye Monte Carlo. Its top is made up of three small hotels with restaurants and a large car park in between, which the competing cars always drive through depending on which direction the stage is going. It is a place to which many of the successes of ŠKODA Motorsport's history are linked. The crews with Messrs. Zapadl and Blahna made turned the ŠKODA 130 RS into a legend by winning Class 2 in the late 1970s. Important successes were scored there by Freddy Loix in the ŠKODA FABIA S2000, who incidentally competed again at Monte 2022, or Jan Kopecký, Andreas Mikkelsen and Kalle Rovanperä at the wheel of the extremely successful ŠKODA FABIA Rally2. We wish all ŠKODA Motorsport eChallenge participants enjoy the virtual Monte Carlo Rally as well.

Nikolay Gryazin, driver of the Toksport WRT team, gave us a few tips on how to be fast on the Rallye Monte Carlo.

Monte is undoubtedly the most famous rally in the World Championship calendar. Does that put more pressure on the drivers?
Yes, for sure, Monte is a demanding rally. It does not really put a higher pressure on the drivers, though. It just means you have to train harder, test more and to prepare yourself more thoroughly. And it also means to be more focused, but the pressure is the same on each rally because it is always a competition, so for us the pressure is everywhere.

What are the prerequisites for success on this rally? Is it experience, good spy crew work or the right tyre choice, for example?
For sure, it is important to have the good gravel crew, who can speak with you in the same language and you can fully trust and understand what they write in the pace notes. You also need to know how to drive on wrongly chosen tyres. This is, from my point of view, the most important when you want to survive in really, really difficult conditions on those stages. It is simply impossible to choose proper tyres for the each stage.

Monte is notorious for its frequently changing stage surfaces, how difficult is to read the grip properly here?
I think it comes with experience. If you are not experienced yet with Monte Carlo's roads, you need to learn very quickly during the rally. How the sun melts the ice, where the best line is or where there might be tarmac spots. There are so many things to take care about! A very important thing is also to learn from the mistakes you made during the rally and avoid repeating them. So definitely for Monte you need to have a lot of experience, understand the weather and how humidity works.

Does this rally require a special driving style?
I can't say that you need some special driving style. You will need to be a little bit less pushy than you are normally used to, because on this rally you can't be flat out everywhere. Sometimes conditions change very quickly. There can be some dirt or snow at a corner which other drivers brought onto the stage surface and if you're not ready and your pace is on a full attack then you come to this place and make a mistake very quickly. So, you need to slow down a little bit because it's a really long rally. Less is sometimes more in there, especially if your tyre choice was not a good one. You can lose time there very easily.

Are there any special tricks to being fast on the Monte?
I think you just need to experience it. Monte isn’t about one trick on how to drive fast in Rallye Monte Carlo. It starts with a proper reading of the road, when you realize where you can push and where it is better to slow down a bit. It is about consistency, you have to be really consistent in this rally. You have to control you emotions. Calm driving with reasonable pace is the key for Monte.

What is your preferred setup for this rally?
The proper setup for Rallye Monte Carlo is the one which combines setups for dry tarmac, wet tarmac and for snow. You have to find a universal one which works on these mixed conditions.