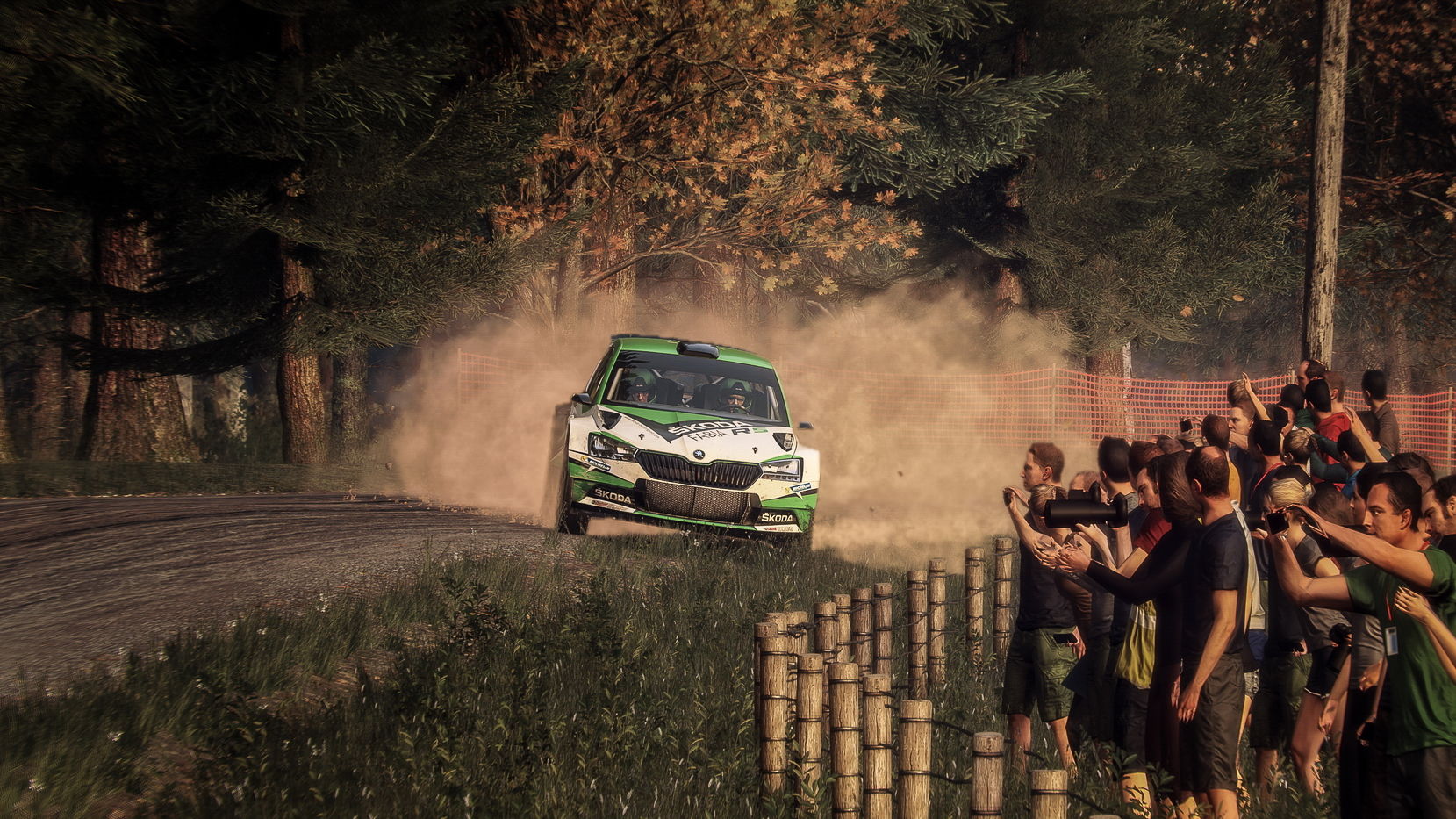 The next episode of the ŠKODA Motorsport eChallenge takes virtual racers to the renowned and very fast Finnish gravel track for the second time. Do you dare?

The Finnish rally, which is one of the traditional events of the World Rally Championship (WRC), has been called the Rally of a Thousand Lakes for many years and its history on the WRC calendar dates back to the depths of the 1960s. Since then, however, it has presented the same challenge to drivers in the form of a perfectly smooth and hard stage surface that has an unusually high level of grip for gravel. This is where the Nordic Rally differs from the other gravel tracks in the championship. Another specific feature of Finland are jumps. Very long jumps, which are really abundant in the Finnish forests and sometimes hurt the car and the crew.

That's why courage and experience are essential for fast driving in Finland. The speed test courses here are usually lined with tall spruce trees, which usually do not forgive any mistakes by the crews at high speeds. If you do make a mistake, the enthusiastic northerners are ready to help you in any situation. Pulling cars out of forests or deep drifts along the track is almost a national sport here, and many crews owe their rally finishes to them.

It is also extremely difficult to beat the local drivers in Finland. It is said that Finns are as familiar with the local surface as they are with walking or cycling. Let's see how our virtual racers do. But remember, especially in Finland, less is sometimes more, and a little slowing of the pace here can dramatically increase the chances of finishing the competition.

For some tips on how to be fast in Finland, we asked Teemu Asunma, who has competed in this event several times behind the wheel of a ŠKODA FABIA Rally2 and Rally2 evo.

What makes Finnish gravel roads special?
We have several specific types of gravel here - semi-soft gravel, basic gravel and a hard type that is almost like asphalt. The surface can also be affected by the weather, which quickly wets the hard type and softens the surface. Gravel also changes grip as you pass, which is also something to watch out for. Together with a number of very fast jumps and tricky spots, this makes the Rally Finland very specific. There's no other combination like it anywhere else in the world.

Does the Rally Finland depend more on courage or experience?
Definitely on experience! If you only have courage but little experience, it's not good and usually something unpleasant happens. A lot of drivers could tell you about that.

What is the key to success in Finland?
You have to have the confidence of a good car first and foremost. It is also important that both crew members work together flawlessly. You have to trust your co-driver 100%, that's the key that all drivers need on Finnish gravel. And then something else. At high speeds between the trees, you also need to be a bit of a madman and a brave pilot with a great deal of confidence.

Do you have any driving tricks to be fast in Finland?
There are a few tricks and each rider has his own. I try to eliminate skidding in fast sections and brake with my left foot, which helps the stability of the car.

How to set up the car properly for a Finnish rally?
The car needs to be rather low and stiff to have a straight and precise connection with the surface of the stage.