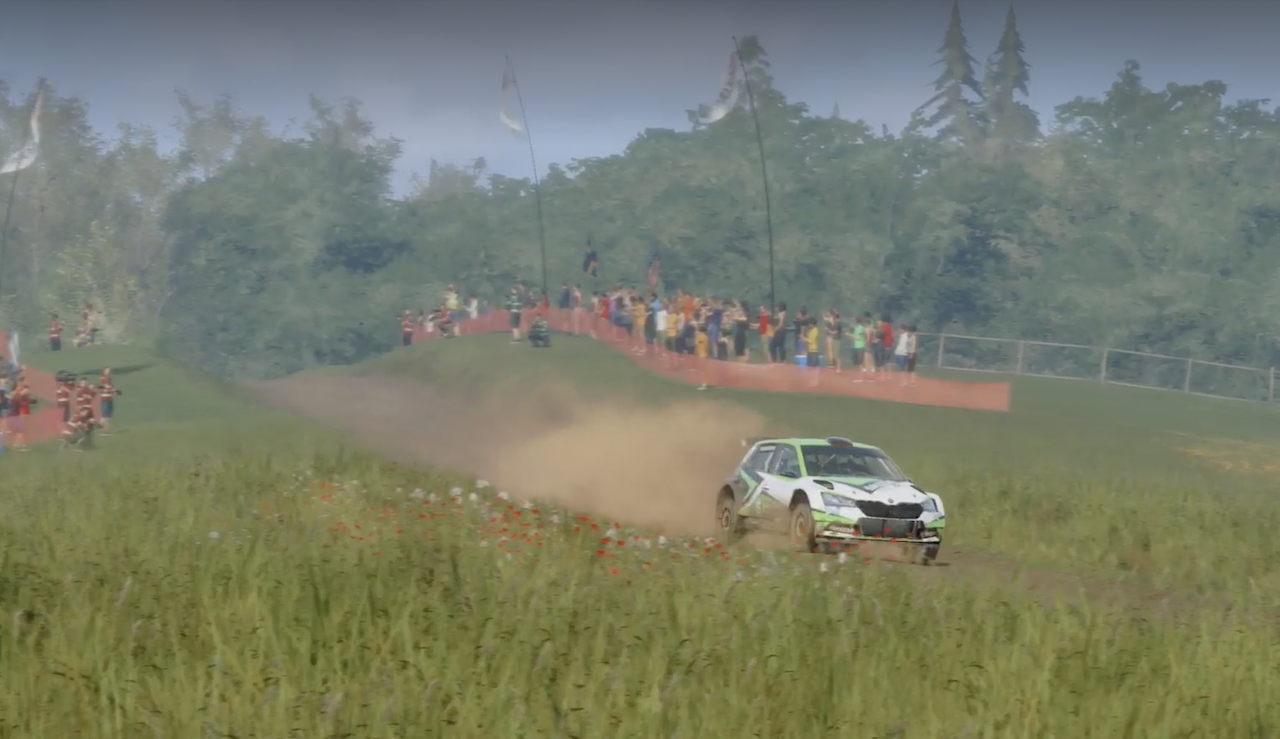 The ŠKODA Motorsport eChallenge continues on the soft Polish gravel. Unlike the wide stages in Finland, the players will have to be on their toes on the local narrow tracks. Poland requires mainly precision and good rhythm.

In Poland you have to drive with your head
The Polish Rally is undoubtedly the biggest motorsport event in Poland. It is the third oldest rally in the world, preceded only by the Österreichische Alpenfahrt and the Monte Carlo Rally. In 1973 the Rally Poland was even one of the thirteen events of the newly established FIA World Rally Championship, but in 1974 it was dropped from the calendar. It later found a place as a European Rally Championship event, and after moving to Mikołajki in the Masurian Lake District in 2005, the organisers of the event began lobbying for its inclusion as a World Rally Championship event, which was eventually successful.

The Polish rally is specific for its softer surface in which deep ruts can form. It is therefore extremely important to be in control of the car. The tracks are also quite narrow and the trees along them grow dangerously close. Poland is characterized by speed and a series of jumps and horizons. The track is not as rugged as in Finland, but the crews still spend a lot of time in the air. There are also a few short asphalt sections that are a challenge.

The ŠKODA Motorsport eChallenge will consist of eight stages with a total length of 87 kilometres.

Mikołaj Marczyk, multiple Polish champion, offers some tips for driving on the fast Polish stages. Here is an interview with him.

What makes Polish gravel roads special?
Polish gravel roads are some of the most fun roads in the world. The stages are fast, smooth, with many horizons and fast corners. There's not much room to rest, as we're usually riding in fifth gear or flying through the air after one of hundreds of jumps.

The stages are fast, but unlike Finland, they are relatively narrow. How to be fast in such conditions?
You need to feel the car well and prepare a setup that on the one hand provides stability on the fast sections, but on the other hand the car needs to be reactive and change direction easily. In addition, some of the stages have soft sand surfaces and understanding how to go fast in rutted conditions is crucial for speed in Rally Poland.

Do the softer surface and rutted tracks require an adjustment in driving style?
Riding in ruts is an advantage and a challenge at the same time. The speed and stability that rutted tracks provide is high, but there is always a certain limit that you cannot cross. Then you quickly lose control of the car. The key is to get the car properly seated in the ruts and get through them quickly and smoothly.

How do gravel tyres behave on tarmac sections?
They're certainly not perfect. The car is lazy and requires the driver to react in a timely manner. The brakes are more akin to a road car, but overall it's fun because on gravel tyres we're in a bit of a slide all the time.

What setup do you prefer for the Polish rally?
In real life, the car should be soft enough to use the maximum grip potential. In Dirt Rally I recommend a stiffer and lower car for better stability.

Do you have any special tricks that you would advise players?
Lots of practice, a cool head and remember - to finish first, you have to finish the race.