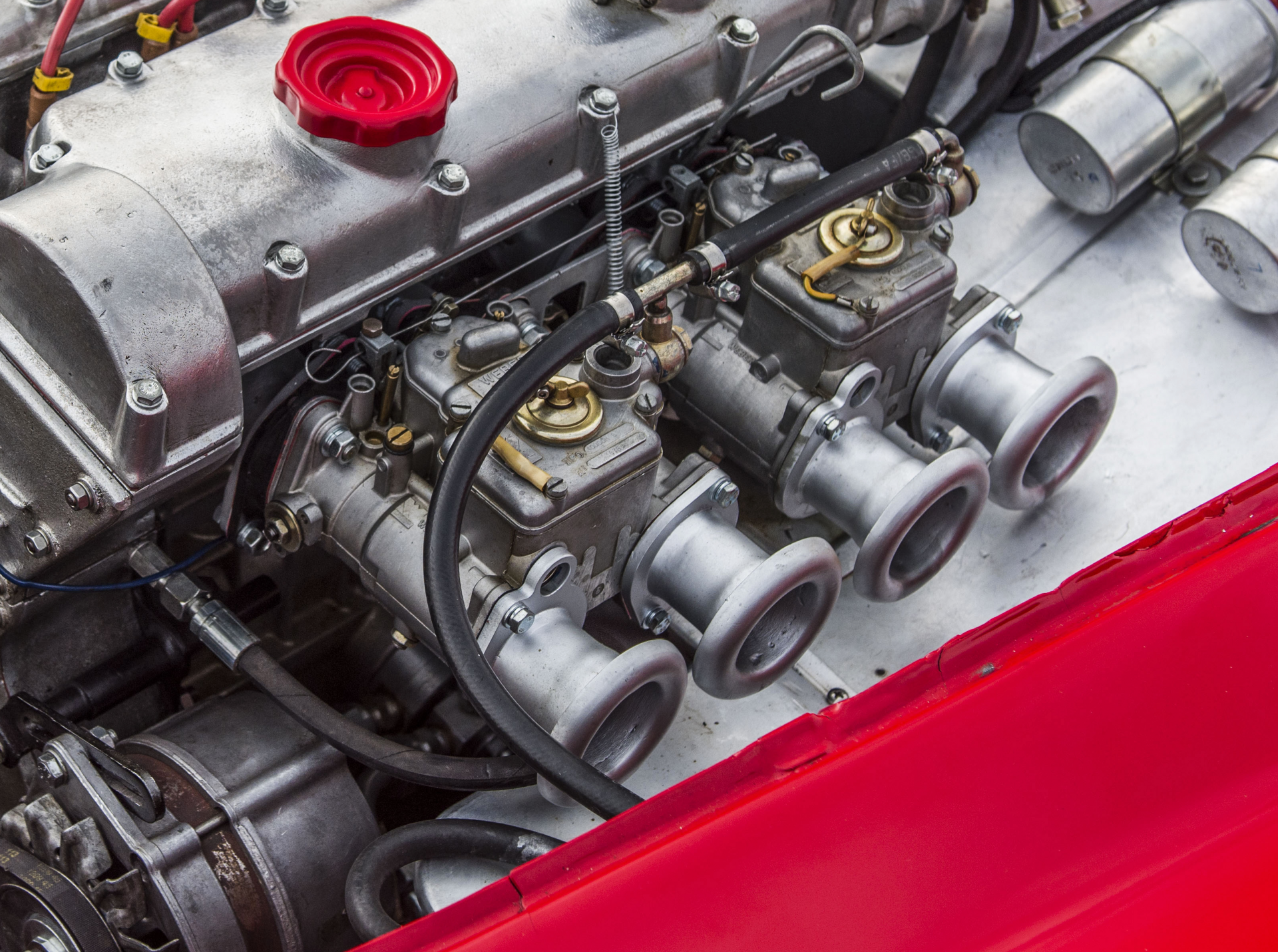 A Song of Air and Fuel: How Carburettor Was Invented | Automotive Technology

Each and every internal combustion engine, be it the simplest lawnmower unit,  a common car engine, the sophisticated motor of a racing car or even the mammoth power plant of an ocean liner, works on the same basic principle. Igniting the mixture of air and fuel “creates” a rotational movement, the power of the burning gases are harnessed inside the cylinder using a system of pistons, connection rods and a crankshaft. This movement is transferred to the wheels using another system of cogs and shafts. All internal combustion engines have to solve the same basic problem: how to prepare as homogenous a mixture of fuel and air as possible.

All engines have one thing in common, regardless of the number or configuration of cylinders (and this includes the Wankel rotary engine); regardless of the differences between petrol or diesel engines; even regardless of the number of strokes (two, four or more). They need to balance performance (in a wide variety of situations), fuel efficiency and fuel emissions. To do this, they have to find the most effective way of preparing the fuel-air mixture that they can.

The mixture has to be as homogenous as possible (an aerosol composed of evenly distributed droplets of fuel in air) to burn efficiently. At the same time, it needs to be as close to the ideal fuel to oxygen ratio as is feasible. At first glance, this may seem easy. The most efficient fuel to oxygen ratio is not only a known – it is a constant. For engines running in Earth’s atmosphere without additional oxygenation (like NO2 injection), the perfect chemical mass ratio, or stoichiometric ratio, for burning petrol is 14.7 : 1. This means that for every kilogram of petrol, 14.7 kg of air needs to be delivered to the piston.

The density of automotive petrol is 0.71 to 0.77 g/cm3, so to burn 1.3 litres (circa 1 kg) of petrol, you need about 11.3 cubic metres of air. In real life, the ratios range from 12:1 (rich mixture) to 18:1 (lean mixture). We’ll focus on petrol engines, as diesels are almost never used for racing. There are a few exceptions to this rule:  for example, truck racing, TDI and HDi engines in the AUDI and Peugeot Le Mans prototypes, and the TDI powered SEATs in the touring car championship, are all diesel-powered. Their design, though, is significantly different, as they use compression ignition and fuel injection.

Petrol engines use quantitative governing, where the throttle regulates the supply of fuel mixture into the cylinder and therefore the fuel to air ratio stays fairly constant. Diesel engines, on the other hand, use qualitative governing, where changing the amount of fuel can significantly alter the fuel-air ratio. The stoichiometric ratio of a diesel engine is 14.5 kg of air to 1 kg of diesel fuel, but in reality, diesel engines use much leaner mixtures, ranging from 18:1 to 70:1. This has advantages for both fuel consumption and thermal management, but also disadvantages, like higher NOx emissions.

So, back to the petrol engine. To achieve the exact stoichiometric ratio and thus the optimal burn, the air-fuel equivalence ratio, denoted by the Greek letter lambda (λ), is equal to one. To keep this ratio steady, an oxygen sensor (also called a “lambda sensor”) measures the composition of exhaust gases and sends information to the engine control unit, where it is used to find out whether the engine is running too rich, too lean, or optimally.

How does this work? Well, on a theoretical level, the internal combustion engine is quite an effective device. When burning a stoichiometric mixture with λ = 1, the engine would, in a perfect world, produce only CO2 and no other emissions. In practice, it produces CO2, nitrogen, steam and some rare gases. Where does the stuff besides the CO2 come from? From the air. The engine only burns oxygen and the rest of the air goes through the combustion process unaffected. That’s one of the reasons why a huge amount of air has to pass through the engine during its operation. Air is made up 78% nitrogen, 21% oxygen, around 1% CO2 and some non-reactive argon and other rare gases, but only the oxygen is actually useful to the engine.

Now, let’s look back to the time before oxygen sensors and electronic motor management. How did they manage to prepare an effective fuel mixture for a piston internal combustion engine? The first – and for a long time the only – effective solution was the carburettor.

The first carburettor-like devices for gas powered piston engines appeared in the mid 17thcentury in Netherlands. The first real carburettors, which solved the difficult problem of creating a homogenous aerosol from the liquid fuel instead of mixing two different gases, didn’t appear until the 19thcentury.

According to various sources, there were several pioneers of carburettor design, depending on how you define “modern carburettor”. Some credit Samuel Morey as being the first of these. During experiments in 1824,Morey accidentally discovered that turpentine vapour mixed with air becomes combustible and, two years later, designed and patented a two-cylinder engine with a carburetion unit which prepared the fuel mixture. The combustion process and the engine operation were, however, significantly different from today’s principles.

In 1875, Siegfried Marcus unveiled his “first motor car driven by a petrol engine” which used a device called an “atomizer”. This was similar in operation to a carburettor, but the mixture was sprayed using steel brushes. In 1882, Enrico Bernardi from University of Padova designed the first real carburettor to work on a principle similar to the modern ones, using Bernoulli’s principle. He then used it for his tricycle.

In 1885, Karl Benz patented the first motor car to have an internal combustion engine designed for “mass production”. The patent included a carburettor with a vaporizer, which was soon replaced by a different type of carburettor known as a “surface” carburettor.

The first modern carburettor was used in 1887 by British inventor Edward Butler on his tricycle. Butler also invented – or at least modified for use in the motor car – spark plugs, the ignition coil, and the magneto. His carburettor was the first to use the needle valve design. He was also the first to use the term “petrol”. Unfortunately, the Red Flag Act of 1865, which heavily regulated the use of motor cars, pretty much smothered his inventions and innovations.

In 1896, Dr. Wilhelm Maybach and Gottlieb Daimler once again joined forces (they had already built the first automobile) and they improved the carburettor for use in their new car.

Their invention is considered to be the true forerunner of modern carburetion. It used both float chamber and needle valve, although it moved the fuel upwards (which was, until the 1920s and the introduction of the cam-driven fuel pump, the normal solution). This carburettor was truly revolutionary. Its main drawback was that it reacted slowly when the engine needed fuel.

The final improvement to Maybach and Benz’s carburettor was created in 1900, once again by Butler. He used Venturi tubes (the principle of accelerating the flow of liquid in a smaller cross-section tube, and its atomization to smaller particles, was discovered by Giovanni Battista Venturi in the 17thcentury) to immediately spray the liquid fuel into the air.

Carburettors made to his design continued to be developed well into 1920s, with only the details changed. In principle, the carburettor remained the same device and continued to play a key role in car manufacture until the late 1980s/early 1990s.

On the European continent, the era of carburettors ended in 1992, when new legislation required every newly designed engine to be fitted with fuel injection. Carburettors soldiered on much longer in other places – in Australia, vans and off-road vehicles used them until the turn of the century. Russian manufacturer VAZ was fitting carburettors in LADA cars until 2006.

In the next instalment, we’ll explain how the carburettor actually works and why you sometimes need more than one (like in case of our 1100 OHC in our title image), before we move on to the fuel injection in the next one.