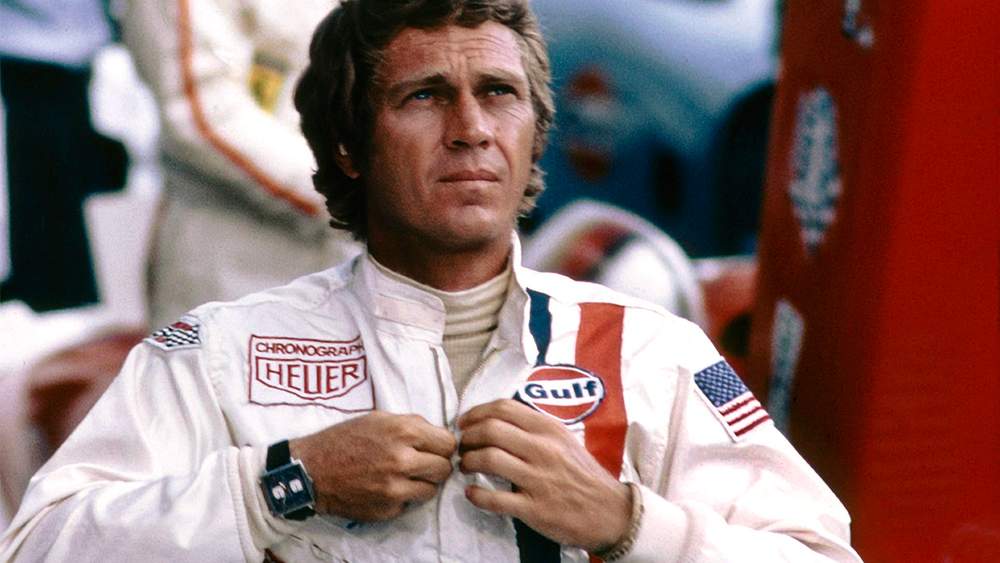 Steve McQueen: The Coolest Actor Who Have Ever Raced | Celebrities in Racing

He was one of the biggest names in Hollywood, but if he didn’t get into acting, he would be probably still known as a great racing driver. Steve McQueen drove many a cool car in his films, from the iconic 1968 Ford Mustang Fastback in Bullitt to fabulous Porsche 917K in Le Mans. His passion for fast wheels wasn’t limited to a silver screen, though. In his 50 short years in this world, he collected many of them and took many others to the racing track – and his results were impressive.

Terence Stephen McQueen was born on 24th March 1930 in Beech Grove, Indiana. A son of a barnstorming stunt pilot, he probably inherited much of its daredevil attitude right away, although his father left before Steve was even born. His mother was unable to cope with raising the kid on her own, so Steve went to live with his grandparents at his uncle Claude’s farm in Missouri. It was the uncle who first sparked his interest in (not yet so fast) wheels, when he gave him a red tricycle for his birthday.

He had a rough adolescence. When he was twelve, he left home to escape his abusive stepfather and ended up with a street gang Later he returned to his uncle and left him again to join circus. Finally, he was sent to California Junior Boys Republic,  a boarding school for troubled boys.

After working various odd jobs, he joined the Marines, where his rebellious attitude caused him to be demoted to private seven times and spend a lot of time in the brig. Later, though, he embraced the discipline and even became a hero when he saved five other marines from a tank about to break through the ice into the sea. He was honourably discharged and decided to use his G. I. Bill financial assistance to move to New York and study acting.

From there, it is a well-known story. Some small roles at first, then the breakthrough with The Magnificient Seven and rise to stardom throughout the 1960s. Films like The Great Escape, The Thomas Crown Affair, The Getaway, Papillon or The Towering Inferno made him one of the most famous actors in Hollywood. This is not a story for today, though. We are here to talk about McQueen’s other career.

It started in early 1950s. During his acting studies, McQueen found a way to make some extra money racing motorcycles. He was excellent and managed to earn decent money, but it wasn’t until his first big film role in Somebody Up There Likes Me in 1956 that he was able to buy his first new car. Being a racing enthusiast, he chose a Porsche 356 Speedster, the lightest, purest and most race-ready version of the famous rear-engined sportscar. It was almost identical to first Porsche that James Dean drove, only Dean’s was white while McQueen’s was black.

Like Dean, McQueen didn’t use the Porsche just for transportation. He used to race it quite successfully – in the first race he formally entered, in 1959 at Santa Barbara, he won his class, and then many others, among them races in Del Mar, Willow Springs and Laguna Seca. He eventually sold the Porsche but came to regret it so much that he bought it back and kept it until the end of his life.

With his skills and reputation progressing, he started to appear in bigger events, although not always with a big car – like when he took a BMC Mini to third place in a British Touring Car Championship (BTCC) race at Brands Hatch.

He also bought another “racecar for the road”, a Jaguar XK-SS, which was a racing Jaguar D-type just slightly modified to be street legal. He raced it both on the racetracks and, rather less wisely, on the road. There was a rumour that local policemen in Los Angeles even had a reward to anyone who gives him a speeding ticket, but he always outran them.

Many other fast cars appeared in McQueen’s garage over the years. A stylish brown Ferrari 250 Lusso which he got from his wife, Neile Adams, modified Ferrari 275 GTB/4 NART Spyder and of course, a Porsche 911 S, identical to the one that can be seen in the opening scenes of Le Mans movie.

However, we are more interested in his racing successes. The highlight of his career was winning the three-litre class in the 12 Hours of Sebring race in 1970, driving a Porsche 908/2 with Peter Revson. Not only they got the class victory, just 23 seconds behind the winner, Mario Andretti on a 5-litre Ferrari 512, but McQueen managed to do it with a cast on his left leg after a motorcycle accident.

He also wanted to do a bigger race in the same year, the famous 24h Le Mans with a Porsche 917K he drove for the movie of the same name. In the end, the film’s backers forbade him from doing it and facing the choice between driving for one day in the race or doing much more driving for the film, he chose the film.

After Sebring, Steve McQueen didn’t compete in any other major automobile race, but he still did his fair share of motorcycle racing, especially in the dirt events. He was even inducted into the Off-road Motorsports Hall of Fame in 1978.

While he never really matched the results of his Towering Inferno co-ster, Paul Newman, he was one of the best actors to ever race. And, most certainly, the coolest. Because, as you probably already know, Steve McQueen was the epitome of cool.