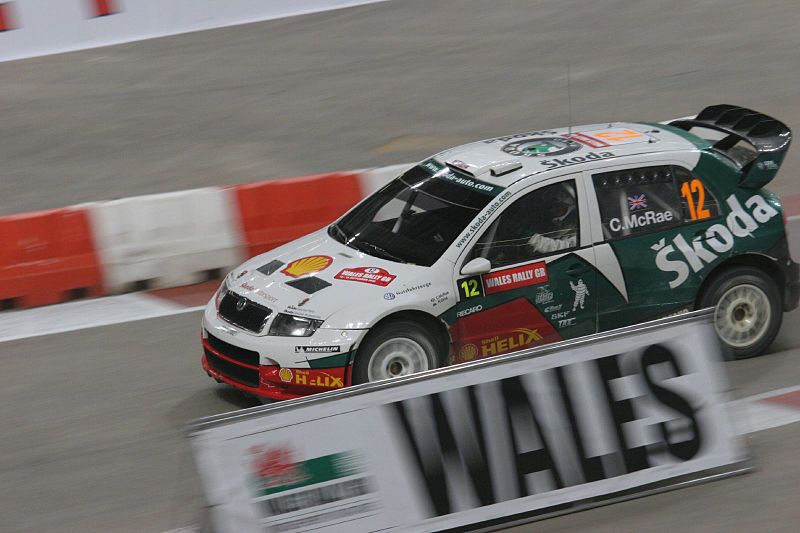 The History of the RAC Rally: The Finest British Tradition

A lot of rallies have been part of the World Rally Championship over the years. Very few rallies, though, can boast as long and continuous a history as that of Wales. Since 1932, the local rally has had many different names and changed its face many times, but the essence has remained. Today, it is the most prestigious rally of its kind in the British isles.

The year was 1932 and there were 341 cars entered in the Royal Automobile Club, or RAC, Rally. They were scattered around Britain, starting from 9 different cities, including London, Edinburgh and Liverpool, the usual practice at the time. Each variant of the route was around 1,000 miles in length (1,600 kilometres) and all of them ended in the town of Torbay in Devon.

Naturally, the rally looked very different from today. Forget about special stages and service areas; rallying between the world wars was all about finishing and collecting as few penalty points as possible . All of the entrants had to report to four checkpoints en route – these were open only at certain times, so the races were much more about regularity and keeping to a schedule than outright speed. The event ended with the Concours d’Elegance in Torbay, instead of a medal being handed to the winner. If you really want to know who won the first RAC Rally, then the driver with the least penalty points was A. H. Loughborough, driving a Lanchester 15/18.

The event was a great success and the Royal Automobile Club held it again the following year. This time, there were 10 more entrants and the route ended in Hastings, East Sussex instead of Torbay. As in the first year, there was only an unofficial winner, and interestingly, it was a woman. A young lady named Kitty Brunel, she was a regular at automobile rallies since 1929. Victory at the 1933 RAC Rally, in her AC four-seater, made her the first and, to this day, only, female winner.

The RAC Rally continued throughout the 1930s and even took place in 1939. Then, Europe erupted into World War II and Britain, like everyone else, had a whole lot more to worry about than rallying. It wasn’t until 1951, five years after the war ended, that the RAC Rally was revived. The official numbering of the annual rallies begins with that year – 1951 is designated as “the 1st RAC Rally”. This time, the route finished in Bournemouth in Dorset, and Ian Appleyard, driving a Jaguar XK120 with his wife, won.

One interesting fact is that since the 1951 re-start, the RAC Rally has taken place in every year  – with just two exceptions. The first came in 1957, when the Suez crisis caused fuel shortages and petrol was rationed in Britain. The second was a decade later, in 1967, when the foot-and-mouth epidemic hit the British countryside. The decision was made on the eve of the rally, after everything had been got ready, including media coverage by The Sun daily newspaper and ATV television. An unofficial rally was held in the village of Bagshot instead, mainly to appease the media.

Let’s go back in time a little, though. Throughout the 1950s, the RAC Rally was, above all, a navigation competition. During the night, it was very difficult due to changeable and often adverse weather. That was one of the reasons that many drivers abandoned the rally. In 1959, there were intense protests at the finish line, with drivers complaining about the way the race was organised. The main organizer at the time, Jack Kemsley, came up with a way to popularise the rally once again – the introduction of special stages. The first one became a part of the rally the very next year, 1960, and took place on a closed-off forest track in Scotland. Here, the drivers could perform at their best. The idea was an astounding success.

The introduction of the forest track special stages gave the RAC Rally its unique “forest” character. They quickly increased in number, and revitalised the dwindling popularity of the whole event. The RAC Rally became a sought-after rally. The spectators’ interest was also intensified by introduction of the spectator stages, with admission. They weren’t very popular with the drivers, but the fans loved them.

1971 was also the second year that the RAC Rally took the name of a sponsor. At the time, it was the Daily Mirror newspaper, which remained as the rally’s title for four years. Then, the rally’s name was changed to Lombard RAC Rally, then Network Q RAC Rally and , finally, Rally Wales of Great Britain. The RAC Rally name is so well-established, though, that many people don’t call it by any other name.

Another interesting year was 1973, when the World Rally Championship series started and the RAC Rally became a part of it.  While we’re talking about the 1970s, we should mention the dominance of the Ford Escort RS1600, and later the RS1800. Usually driven by Nordic drivers like Timo Mäkkinen, these Escorts scored 8 victories in a row, from 1972 to 1979. No other car has ever repeated such a string of victories.

ŠKODA cars have had their fair share of success as well. In the 1970s, ŠKODA 120 S and 130 RS rally cars were quite successful in the lower classes. John Haugland managed to score three victories in a row in 1975, 1976 and 1977. The best results in the overall standings were Stig Blomqvist’s 3rd place in a FELICIA KIT CAR in 1996, followed by 4th and 5th position for the OCTAVIA WRC. Bruno Thiri earned the 4th place finishin 1999, and Armin Schwarz was 5th two years later. In 2005, the rallying legend Colin McRae ended up 7th in the overall standings.