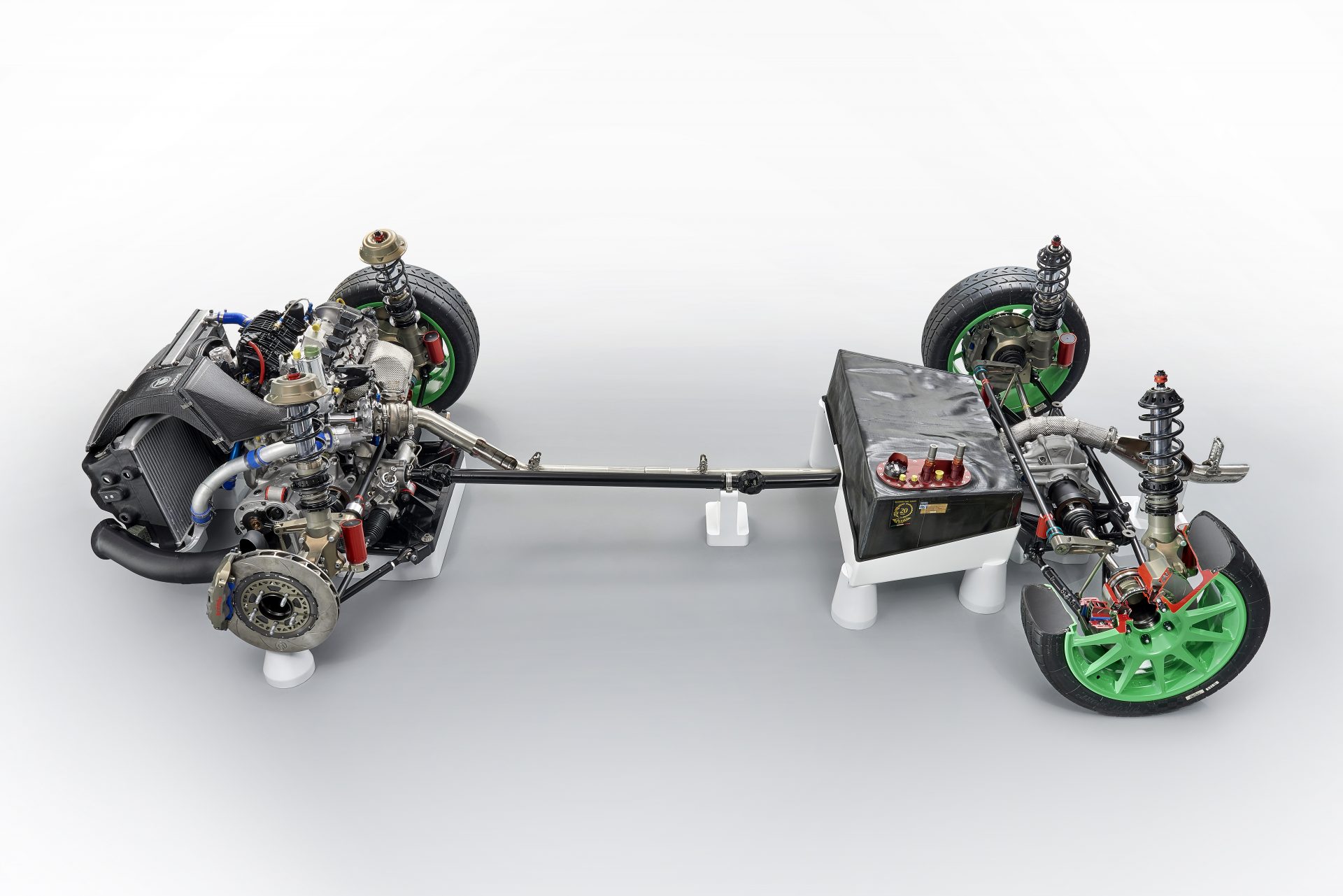 What You Need to Know About FABIA R5’s Drivetrain?

There are many ways in which the FABIA R5 differs from your regular ŠKODA FABIA, and its all-wheel-drive drivetrain is one of the most important. How does it work and why were these solutions used? Let’s look at the basics!

As you probably know, the R5 rally cars, unlike their “civilian” counterparts, use all-wheel-drives and sequential gearboxes. What components does the FABIA R5 use to transfer its 280 horsepower to the ground, and why?

The question “why” has a pretty straightforward answer here. In modern rallying, most of the basic decisions about the car’s layout are made not by the teams’ engineering departments, but by the FIA and its rules.

That’s why the FABIA R5, like all other cars in R5 category, uses an all-wheel-drive system with two differentials and a five-speed sequential gearbox. No centre differential is allowed, and there is no room for clever electronic systems to improve traction – everything has to be purely mechanical.

The FABIA R5 uses two fully mechanical limited-slip differentials, one on the front axle and the other at the rear. These allow the wheels on each side to turn at different speeds but prevents the wheel with lower traction from spinning out on uneven surfaces, which is obviously very important in rallying, especially on gravel. If you want to know more about how a differential works, read about it here in our detailed article!

What the rules don’t allow is the use of a centre differential, which would allow the front and rear wheels to turn at different speeds. Instead, a driveshaft with a U-joint ( a cardan shaft) is used. This is perfectly fine under normal conditions but, obviously, this solution alone wouldn’t work when the handbrake is used to lock the rear wheels in sharp turns. A special clutch that disconnects the rear axle when the handbrake is pulled is used to remedy this.

And what about the gearbox? While your ŠKODA car probably uses either a standard manual transmission or a DSG twin-clutch automatic one, the FABIA R5 uses a sequential gearbox developed specifically for rallying.

With this gearbox, the focus is completely on speed and, of course, durability in the tough world of rally. It may only have five speeds, unlike a six-speed manual or even a seven-speed DSG – in your typical ŠKODA –  but it allows the driver to change gears in just a few milliseconds, with the merest flick of the gear lever. Another interesting fact – while the car does have a clutch, this is only used for slow driving, parking and other manoeuvres. At speed, the shifting is clutchless.

The gear ratios allow the car to reach maximum speeds of up to 200 km/h. This might not seem like much – the FABIA 1.0 TSI has a top speed of 199 km/h – but rallying is not about the top speed. On the tight, twisting tracks of rally stages, acceleration is much more important, which is why relatively short gear ratios were selected.

So, if almost everything is dictated by the rules, what difference have the engineers made? Well, in the case of the ŠKODA FABIA R5 their work is evident, for example, in its durability. Do you remember the time when O.C. Veiby had to drive without one half-shaft after a mishap? That’s how tough our car is!

Keep watching us for an upcoming series about the history and technology of all-wheel-drive systems, and for all the other technical articles we have in store for you!