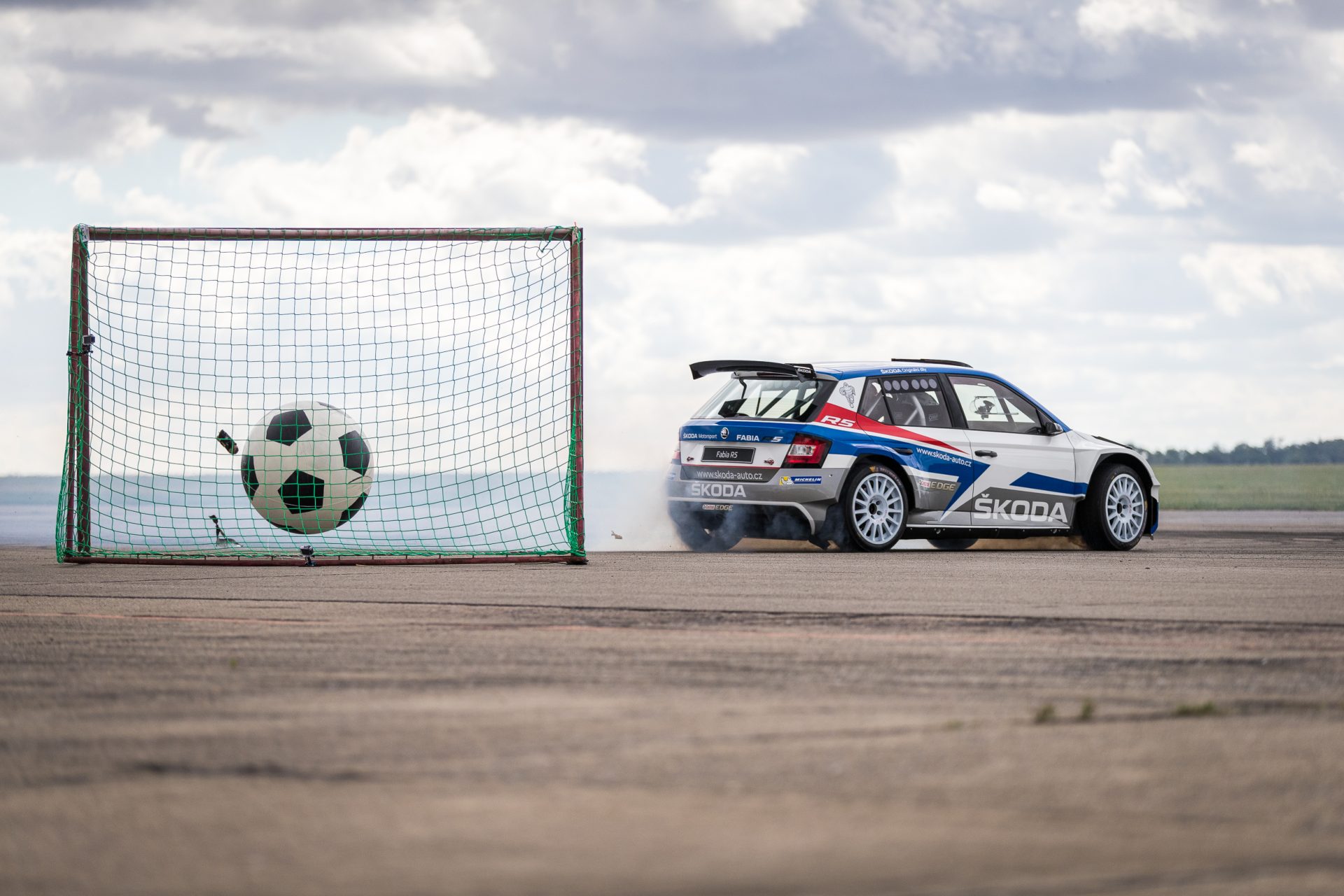 When a Car Becomes Your Football Shoe | Rally Challenges

The WRC 2 season is over for ŠKODA Motorsport and with 1-2-3 finish already secured*, our crews finally have time for some fun. To share the fun with you, we have prepared a series of challenges to our young drivers, Kalle Rovanperä and Juuso Nordgren. Let’s see what FABIA R5 can do when you unleash it on a runway!

In the last round of our Rally Challenges, we tested the ability of our young rally drivers to achieve maximum acceleration in a straight line and then turn back quickly and precisely. It seemed easy at a glance, but it was much harder than you would expect.

Today, we are going to make them do something that doesn’t even seem easy. Something maybe a little crazy. We will let them play football with their FABIA R5s. Or, to be more precise, we let them have a series of penalty kicks with their cars.

To score, they had to hit the large ball with a precisely timed and perfectly controlled donut, showing off their perfect control of the car. This time, each crew has three attempts to score a goal, in case of a tie, a shootout ensues.

What exactly is a donut, you may ask? Well, besides a popular dessert, it’s a manoeuvre in which you use the car’s power to break the traction and get in into a controlled slide, making circles around. In effect, the car does a “doughnut” on the ground with its tyres.

Typically, the donut is done with a rear-wheel drive car, as those are much easier to brake traction. To make a donut with an all-wheel-drive car, you need to have a massive power (like FABIA R5 does), and still you will have to help yourself with a handbrake, like our young rally drivers.

What makes it really hard, though, is that our drivers have to perfectly time and precisely control their donut in such a way that they hit the ball with their car and bounce in between the goalposts. Suddenly a show-off manoeuvre become an exercise in car control.

And who wins? See our video to find out!

In our next challenge, it will be some fun for co-drivers, driving a RC cars. Don’t miss that one!

*Subject to publication of official results by FIA