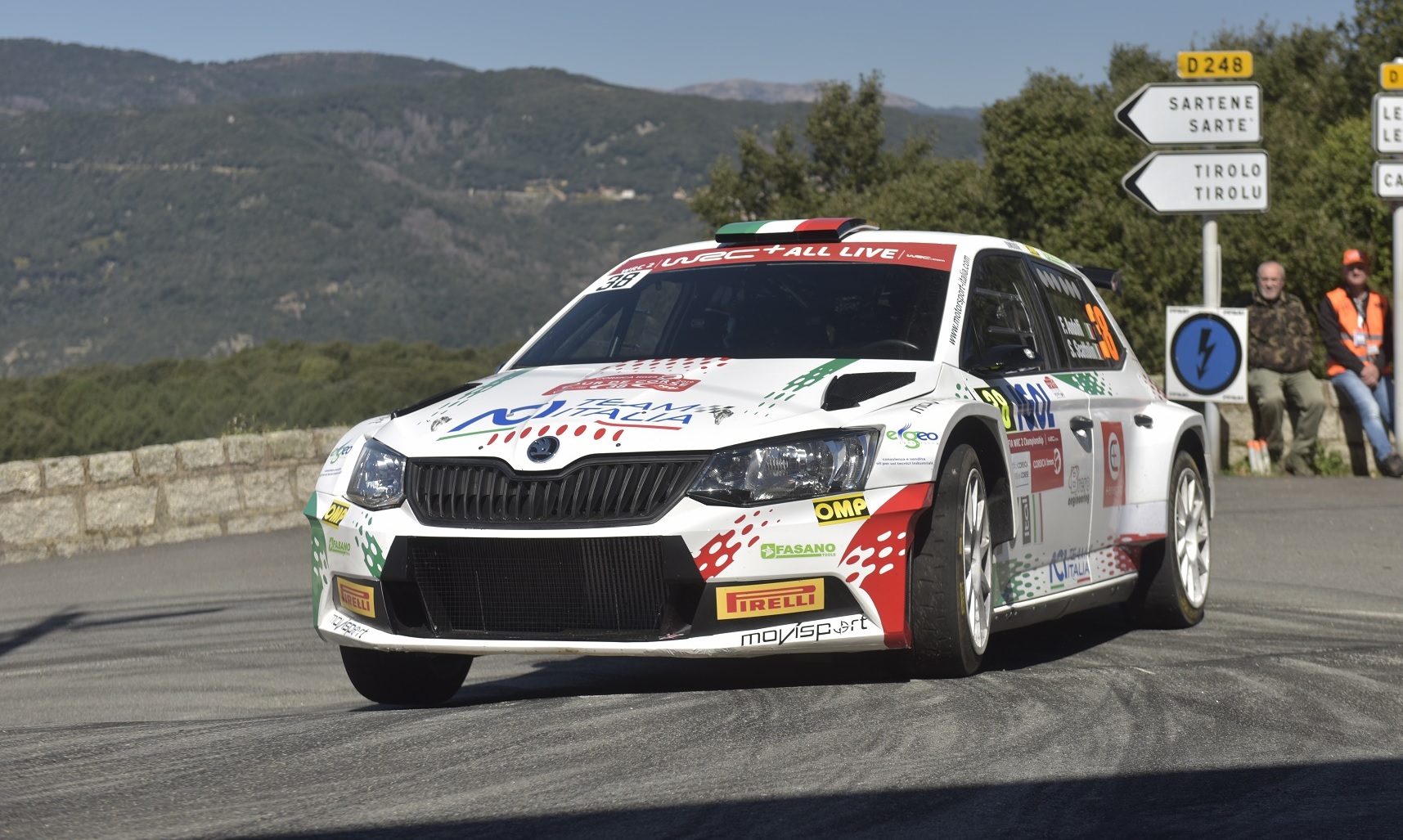 This year’s Rally of 10,000 Corners was once again a great challenge both for drivers and teams. No service was allowed between the morning and afternoon legs on Friday, so the crews had to complete all six stages before finally heading to the service park. Kalle Rovanperä and his co-driver Jonne Halttunen proved that they are skilled mechanics themselves, when they modified the unsatisfactory setup of their ŠKODA FABIA R5 – and the change made a difference right away.

Saturday’s leg in the northern part of the island wasn’t any easier – it was the longest day of the whole rally, making up almost half of its overall length. It also included the longest stage overall, SS Castagniccia, 47.18 kilometres from start to finish. An almost 90 kilometre long section required drivers to be very careful to make their tyres last on the uneven surface. Unfortunately, Saturday was also the last day of the rally for Kalle Rovanperä, who had to retire after an off-track excursion and lost any hope of winning the WRC 2 Pro category.

The drama still continued at the top of the RC2 class. In the first stages, four of the first five places went to crews driving the new Volkswagen Polo GTI R5. The ŠKODA FABIA R5 drivers didn’t lose their will to fight, however, and moved in front of their competitors one by one. In the end, it was Italian driver Fabio Andolfi and Nikolay Gryazin from Russia, who duelled for the lead. Andolfi lost his almost half-minute lead on Sunday morning and Gryazin managed to get 0.7 seconds ahead of him in SS13.

In the final power stage at Calvi, they fought a close battle, but in the end, it was Andolfi who won the RC2 class at Tour de Corse, with Gryazin less then four seconds behind him after 350 hot kilometres. “Kalle and Jonne had bad luck and they paid the newcomer’s price at their first Tour de Corse. Congratulations to Andolfi and Gryazin for their great performances. They both proved how competitive our FABIA R5 is and got ŠKODA another double victory in WRC 2”, remarked ŠKODA Motorsport’s boss Michal Hrabánek.