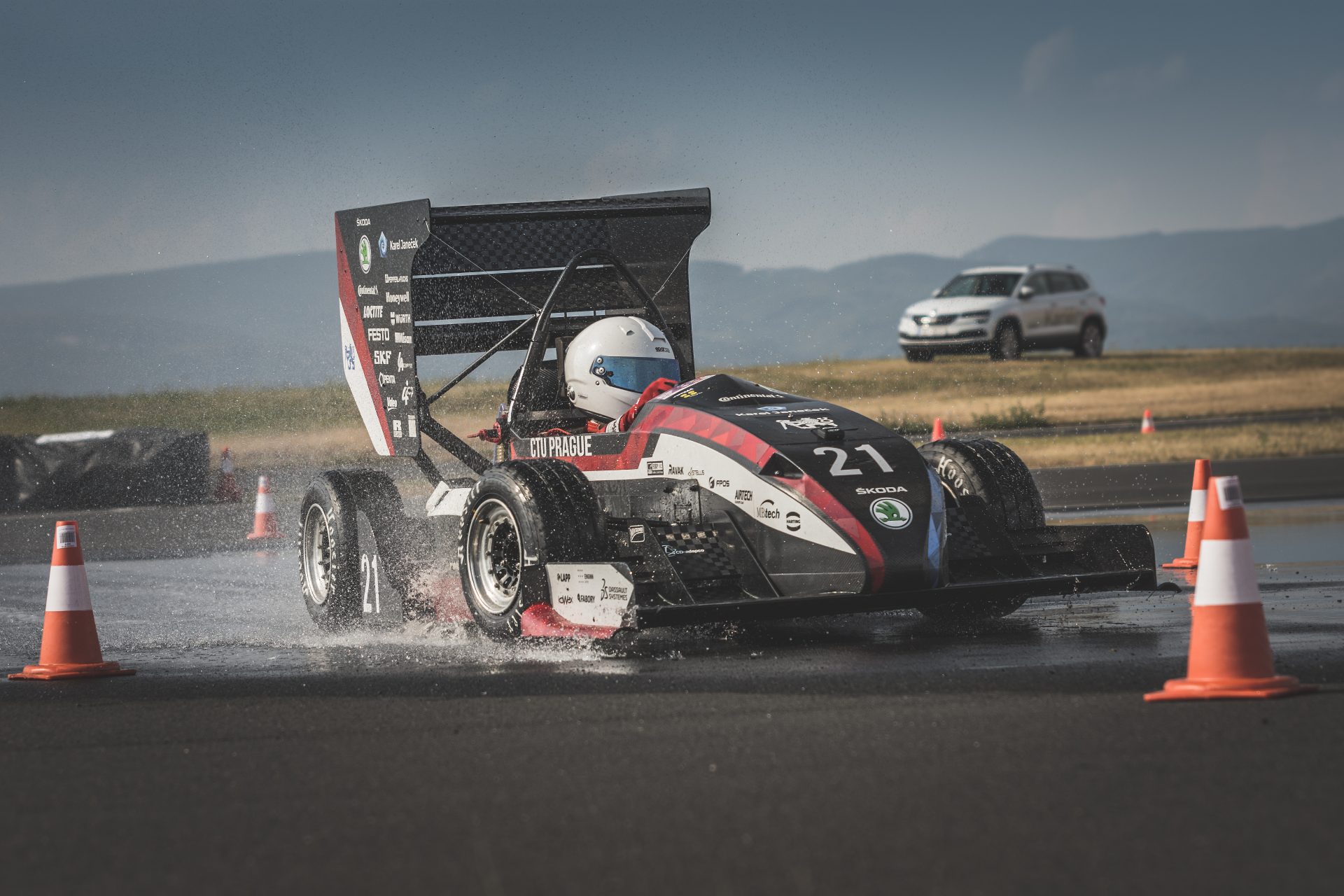 Even in adverse weather, this year’s Formula Student Czech Republic competition was an exciting event full of extraordinary performances and great student-built racecars.

On the first weekend of August, the racing circuit in the Czech town of Most belonged to students from all over the world and their Formula Student (a series that we have introduced in our earlier article) racecars. Almost three hundred students attended the event and many spectators came to watch and to enjoy the support programme provided by ŠKODA Motorsport.

Both entrants and spectators could enjoy the ŠKODA WORLD relaxation zone with wide array of activities like timed changing of the space wheel, blind race with navigator or a contest in identifying various features of ŠKODA cars.

They could also admire the FABIA R5 rally car and explore the details of ŠKODA Sunroq, this year’s Azubi car built by students of ŠKODA Vocational School. For those who wanted to go back to the days of their childhood, there was a precise and detailed racetrack with FABIA R5 RC cars. At the end of the day, the entrants could also look at the new ŠKODA KODIAQ and SUPERB cars and test the functionality of their safety features themselves.

The competition itself was, unfortunately, cut short by the massive thunderstorm that brought a torrential rain, which flooded parts of the racetrack with 10 centimetres of water. The organizers were forced to cancel the endurance race and fuel economy test due to safety concerns.

Final results were announced based on the parts of competition that took place before the thunderstorm – all of the static parts, acceleration test, figure of eight on the skid pad and autocross session.

In the end, the TU Brno Racing team from Czech Republic collected the most points, followed by PWR Racing Team from Poland and CTU CarTech Prague, another Czech team. We congratulate to the winners and of course to all the teams that brought their wonderful cars and remarkable skills to the competition, and hope that in the next year, the weather will be more merciful!