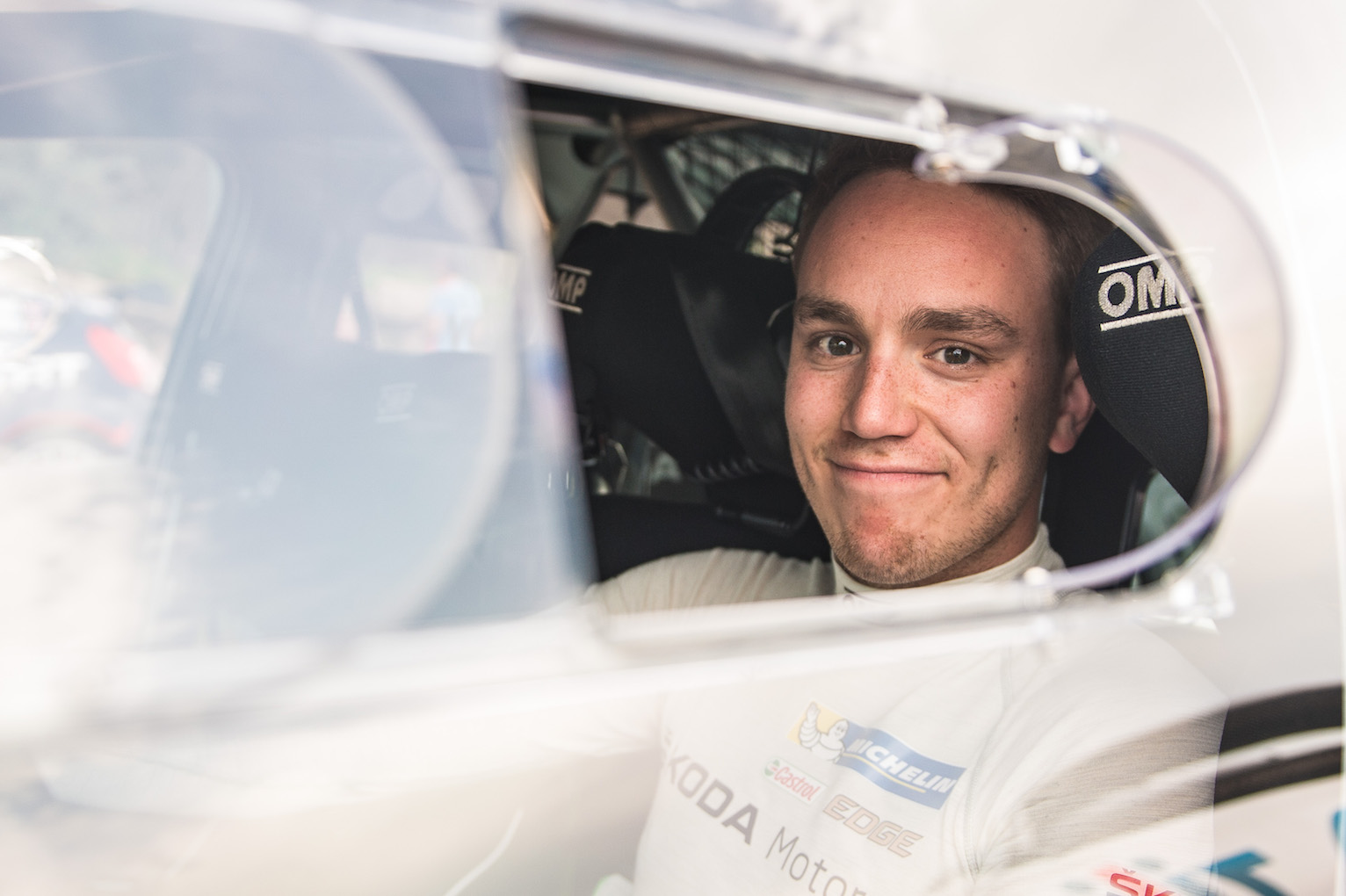 What Does O.C. Veiby Think About the Upcoming Rally Finland?

With the Rally Finland coming in just two weeks, it’s time to ask O.C. Veiby what are his thoughts and expectations concerning the next round of WRC 2. How does he feel about rallying in the sports home country?

Like many rally drivers, Ole Christian Veiby inherited his interest in motorsport from his father Erik, who now manages the company EVEN Management which already succeeded in getting three drivers into the factory teams.

Young O.C. started his motorsport career in karting and right away, he managed to become Norwegian Crosskart Champion in the 125 cc class. After finishing second in the 250 cc the following season, he moved on to rally. He debuted at Rally Hedermarken in September 2012, just a few months after he turned 16.

The next year, he entered the Norwegian Rally Championship for the first time. With Stig Rune Skjærmoen as his co-driver in a front wheel drive Ford Fiesta, he managed to score five wins in the junior class right away. To make things more interesting and gain some experience on tarmac, he also entered Carrera Cup Scandinavia, where he claimed two podiums and finished seventh overall, which earned him the Rookie of the Year title.

For the 2014, he once again drove a Fiesta, before switching to his first four-wheel drive car – the ŠKODA FABIA S2000 with co-driver Anders Jæger. This resulted in his first overall podium finish in the season of Norwegian Rally Championship. He also made his debut in FIA World Rally Championship with a Citroën DS3 RT at Rally Catalunya. Although he didn’t finish his first WRC rally, he managed to score 5that the Wales Rally GB. Besides rallying, he managed to finish 5thin the 2014 season of Swedish Rallycross Championship.

The next year, he moved to Junior World Rally Championship (JWRC), again with Jæger by his side. They won Wales Rally GB and stood on podium at Monte Carlo and Finland, finishing all the other rallies in the top 7. This was enough to secure the second place in JWRC final classification. Like the previous year, O.C. did some rallycrossing as well, having finished third in the overall standings of the European Rallycross Championship (EuroRX).

For the 2016 season, Stig Rune Skjærmoen returned as his co-driver. Together, they won Rally Finland in JWRC class and finished third in Rally Poland, scoring a 4thplace in the season. Even bigger news? Ole Christian first got behind the wheel of the new ŠKODA FABIA R5, driving for the Printsport team, finishing third in the final standings of SM1 class in the Finish Rally Championship, even though he drove just three rounds. He also managed inside the top 6 at his first three WRC 2 rallies – Sweden, Catalunya and Wales.

The 2017 was another big year for Veiby. He started working with ŠKODA Motorsport team more closely, driving for the factory-supported ŠKODA MRF team in the FIA Asia Pacific Rally Championship (APRC) with a FABIA R5. Of the five rallies, he scored two wins (Australia and Malaysia), as well as three podiums, finishing third overall. He also won the Norwegian Rally Championship for the first time and managed to came first in the WRC 2 class of the Rally Poland. To top the great season off, he made a debut as a ŠKODA Motorsport works driver at the Wales Rally GB.

And what does he think about the Rally Finland, which starts in just two weeks? We asked him a few questions and you can read his answers!

Are there any stages you especially look forward to?

O.C. Veiby:  I am really looking forward to the new Kakaristo stage, which is more than 23 kilometres long and will be driven on Saturday. It is the second longest stage of the event and it has parts of the legendary Ouninpohja stage.

On the other hand, any stages you consider a big challenge?

O.C. Veiby:  All the stages at Rally Finland are a big challenge, the speed on the smooth gravel roads is enormous, you have to be fully concentrated all the time and need to “read” the road concerning the different grip level. Once you do a little mistake, being a little bit too fast and miss the proper line – you are out of the rally. This happened to me last year in a fast right hander and I ended up off the road with my ŠKODA FABIA R5 – This is something I definitely want to avoid. This year, nearly 65 per cent of the stages are new, this may help us a little bit against the strong local competitors.

What do you think of rally Finland overall? Is it your favourite? Does it suit your driving style, since you’re from Scandinavia?

O.C. Veiby: I love to drive on smooth and fast gravel roads – anyway if it is in my home country Norway or in Finland. For sure, Scandinavian drivers are raised on this kind of surface, gravel in summer, snow and ice in winter.

Maybe you are also interested what O.C.’s teammate Kalle Rovanperä or his co-driver Jonne Halttunen think about the Rally Finland? Or do you want to read some thoughts from the technical chief Eric Mommey? And if you read all of them, just wait for the final part of the series, with questions for the team manager Pavel Hortek!