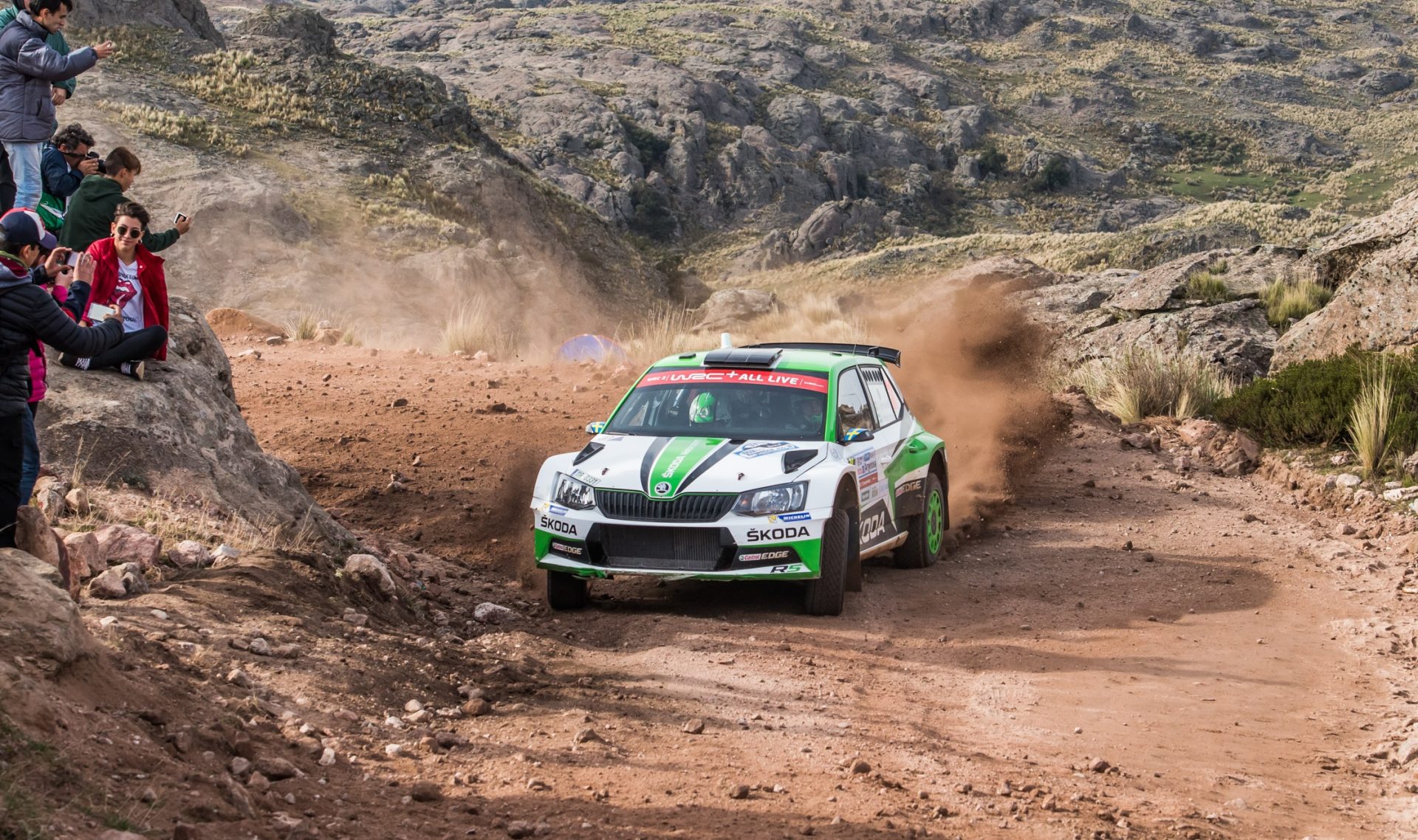 A scenic rally in the wilderness of Argentina is as beautiful as it is challenging. Especially when it shows its merciless face, like this year. The recce runs took place in the stormy weather, with lightings piercing the skies. This means that the famous fords of Argentina’s rally will be really intense this year and the sandy roads turned into slippery, deep mud. There’s no doubt that a huge challenge awaits both the crews and their cars.

In this article, you can follow the current proceedings and latest results over the whole weekend – its content will be continually updated until Sunday. You can also reminisce about the history of Rally Argentina, including Juho Hänninen’s victory with the FABIA S2000, in our summary article about the rally.

The rain continued on Thursday, so the cars took on kilograms of mud on each shakedown run. The unpredictable surface was a good preparation for Friday, which will probably be crucial. It includes some challenging yet very fast stretches, where smart and precise drive is paramount. Also very important will be a good use of track spotters, so the crews are warned before especially treacherous passages and deep water puddles. The weekend promises sunny weather, so who makes it through Friday is half-way there.

The best shakedown times in WRC 2 Pro were less than 2 seconds apart. Marco Bulacia Wilkinson with ŠKODA FABIA R5 was less than 0.2 seconds behind Gus Greensmith, who was, in turn, 1.5 seconds behind Mads Ostberg and his time 2:47.0. The rally itself officially started with spectators’ favourite super special stage in Villa Carlos Paz. Even here, all the WRC 2 Pro drivers were within 1.5 seconds, so the first leg of the rally will probably bring an interesting fight. Another FABIA R5, driven by Benito Guerra Jr., is in the second place of the WRC 2 classification.

The Friday wasn’t very kind to the organizers, nor to the ŠKODA FABIA R5 crews. The weather in Argentina was rough since the morning and because of the situation at the access roads, the SS3 Amboy – Yacato had to be cancelled. For a long time, the helicopter that brings the information from the scene to the fans, wasn’t even able to take off. Throughout the day, the situation started to gradually improve and in the afternoon, the second run included all the planned stages.

Marco Bulacia Wilkinson was initially faster than Gus Greensmith on Ford Fiesta, moving up to the second place in WRC 2 Pro behind Mads Ostberg. Two tyre changes in the morning run cost him a lot of time, though, and he lost more than five minutes to the first place. Greensmith himself didn’t have it easy in challenging conditions. In the end of the day, he broke off the wheel (same as Kajetanowicz on Volkswagen Polo) and fell back behind Wilkinson. It seems that Rally Argentina will be mostly a fight for survival. The other FABIA R5 drivers, Benito Guerra and Paulo Nobre, didn’t have much luck either and will have to try to catch up on Saturday.

Once again, Saturday did prove why rally is considered so unpredictable and tough sport. Right in the first stage of the day, 13.92 km long Tanti, Marco Bulacia Wilkinson rolled his car on an unseen jolt in the road, ending the rally for him. Although the mishap looked dramatic, ŠKODA FABIA R5 was able to protect its crew without injuries.

The challenging conditions caused the gaps between the crews in R5 category to be counted not in seconds, but minutes. Even so, there was a tense fight for the third place between two FABIA R5 drivers, which took place throughout the day. Paulo Nobre started his day ahead of Benito Guerra, who managed to gradually shrink the one minute gap and in the third stage, he managed to overtake him. He managed to build up a good lead on his competitor, but then he fell back to fourth place after problems in SS13 (second run of the fateful Tanti). In the remaining two stages, he managed to reduce the gap of a 1 ¾ minutes to just 12.6 seconds – which means we have a thrilling fight ahead of us on Sunday.

The Sunday’s leg didn’t do much to mix up the standings. Right in the first special stage Copina – El Condor, Benito Guerra managed to get back to the third place in RC2 class, ahead of Paul Nobre in another ŠKODA FABIA R5. They both kept their positions until the finish. Victory belonged to Mads Ostberg who has shown a consistent performance, with Pedro Heller finishing runner-up. It was a long, hard rally and we’re looking forward to see how drivers will put their experience to a use in Rally Chille which starts in two weeks.