The Rali de Mortágua (22-23 September) was the eighth and penultimate round of the Portuguese Rally Championship and saw an impressive four ŠKODA FABIA R5 cars finishing in the top 4 in the Portuguese standings and the top 5 overall.

It was Carlos Vieira and co-driver Jorge Eduardo Carvalho who led home the group. Driving for the Sports & You team in a car prepared and run by RaceSeven team, Vieira finished in second place overall, just 27.3 seconds behind the overall winner, the World Rally Championship regular Craig Breen. But crucially he finished top of the Portuguese Rally Championship standings, a result which keeps him in contention for the championship crown going into the final rally of the season.

It was a performance made all the more impressive by the fact that this was Vieira’s first ever drive in a FABIA R5. Vieira undertook intensive preparation for this rally, but with his Portuguese championship challenge still up in the air, it was a bold move to switch cars mid-season.

But it more than paid-off as Vieira led home his title rivals, including his main contender Pedro Meireles, with a fast and measured drive. Vieira even led the way overall between special stages 2 and 5, before the experience of Breen told in the latter stages of the rally. But with second place finishes in six of the eight stages driven, and a gap of 13 seconds back to Meireles in third place overall, there is no doubting Vieira has earned his crack at the Portuguese title with this win.

Going into the final round of the championship, the Rallye Casinos do Algarve, the current championship leader Pedro Meireles will nonetheless be strong favourite thanks in no small part to his podium finish here. Meireles, who won the Portuguese title back in 2014, was alongside his regular co-driver Mário Castro here and put in a consistent and measured drive. Not wanting to run the risk of not finished, Meireles did not push Vieira too hard for the win but instead put in a steady performance which saw him finish every stage inside the top 3 and end up just 13 seconds adrift of his rival and secure points which strengthened his title ambitions.

His closest title rival is Miguel Barbosa and he finished in fourth place overall and third in the Portuguese standings. Barbosa’s championship challenge also remains alive and he started well by winning the opening super special stage. But the BP Ultimate Vodafone ŠKODA Team driver, who was ably supported by co-driver Miguel Ramalho, finished all subsequent stages in fourth place and was left frustrated by his performance. 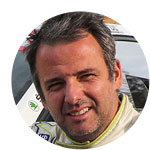 “I'm not particularly pleased with this rally,” said Miguel Barbosa at the finish. “The expectations were much higher. In the morning, the settings of the car were not quite as I wanted them. We tweaked things in the afternoon, but we were not able to recover. Now we will analyze what happened and try to understand where we can improve.”

The other FABIA R5 to finish inside top 5 was the Sports & You car of Diogo Salvi / Carlos Magalhães. The result was Salvi’s best performance since his fifth place result at this event two years ago.

So, the Portuguese championship will go down to the wire once again, with no fewer than three FABIA R5 drivers still in contention. It will all be decided at the Rallye Casinos do Algarve which takes place on the 4th and 5th November.

Class victory for Ole Christian Veiby at the Rally Hedemarken

The Rally Hedemarken (22-23 September) was the seventh and final round of the Norwegian Rally Championship and saw Ole Christian Veiby taking part with a slim chance of still winning the Norwegian championship. The Printsport Oy driver went into the event 19 points behind the leader Eyvind Brynildsen, which meant he needed to win and hope Brynildsen finished sixth or lower. Sadly for Veiby, it wasn’t to be, because while fulfilled his part of the bargain in finishing second overall and first in the Norwegian standings, Brynildsen was just one place behind him to ensure he would be crowned champion.

It was nonetheless another impressive performance from Veiby who along with co-driver Stig Rune Skjærmoen has had to contend with a packed schedule this season, as he has competed in both the FIA Asia-Pacific Rally Championship and the WRC2 in addition to his home series. He has put in some fantastic drives in his ŠKODA FABIA R5, including taking his first win on Norwegian soil at the Numedalsrally. In all, he has driven six of the seven events that make up the Norwegian championship and finished on the podium each time.

His result here at the Rally Hedemarken was another performance to be proud of. Only experienced WRC driver Mads Østberg finished ahead of him and he was driving a WRC car, which is not eligible for points in Norway. Veiby ended up almost 20 seconds ahead of Brynildsen by the finish after outpacing him for much of the rally. And speaking afterwards, Veiby claimed that this was his best performance on Norwegian soil so far. 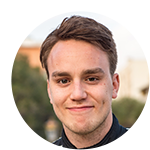 “I think this was solid from start to finish, just a perfect day,” said Ole Christian Veiby afterwards. “The plan here was to go as fast as possible, and we did. We beat Brynildsen on the first stage and then continued to steal seconds throughout most of the rest of the rally. Our pace was good throughout and it's fantastic to win the victory in the last NM round. I think this is the best rally I've driven on Norwegian soil so far.”

For Veiby, the season is far from over. He will return to action in the World Rally Championship at the RallyRACC Catalunya - Costa Daurada in two weeks’ time and also has a great shot at the FIA Asia-Pacific Championship going into the final round of that series at the Rally India.

We begin in Cyprus, where Simos Galatariotis and co-driver Antonis Ioannou took victory in the Palm Trees Rally (23-24 September) on their debut drive in a FABIA R5. They were competing for the Petrolina - Eni Racing Team in a brand-new FABIA R5 (chassis #165) which was taking part in its first ever rally. The car was prepared and run by Galatariotis Rally Team. Galatariotis finished 56.4 seconds clear of the field after a dominant performance which puts him within touching distance of winning the overall Cypriot Rally Championship title for the first time.

To Italy, and the Coppa Valtellina – IRCup (22-24 September), which was the fourth and final round of the International Rally Cup 2017. It saw a fourth successive victory for the Promo Sport Racing pairing of Luca Rossetti / Mirko Franzi. The Italian duo has won all four IRC rounds this season in their FABIA R5, which was prepared and run by DP Autosport, to lift the trophy with a perfect record. They finished 50.5 seconds ahead of a field in this rally, which also saw two more FABIA R5s inside the top 5. Giacomo Scattolon / Paolo Zanini finished in fourth place for the Road Runner team, in a car prepared and run by P.A. Racing, while Marco Gianesini / Sabrina Fay were one place further back in fifth for the Top Rally team, also in a car prepared and run by P.A. Racing.

At the same event, but in the shorter Rally Nazionale Coppa Valtellina -Città di Sondrio (22-23 September) running, there was a second place finish for Matteo Colombera / Maurizio Moroni on their first ever drive in a FABIA R5. They were competing for Nico Racing in a car prepared and run by 3Antenne Sport Racing and finished just 25.4 seconds behind the overall winners.

Elsewhere in Britain, there was success for David Bogie / Damien Connolly at the McRae Gravel Challenge (23 September) in Scotland. They won this one-day four-stage event by a comfortable margin of 1 minute and 23 seconds, beating a number of WRC cars in the process.

Lastly, to France, where there is more success to report in the French Cup. At the Rallye National du Suran (22-23 September), Nicolas Roux / Nathalie Roux took the win, to claim their first victory in just their fourth drive in a FABIA R5. They finished ahead of Jérémy Cretien / Lilian Jacquemoud who finished second in a FABIA R5 prepared and run by the Easy Rally team. It was their second podium finish of the season after a third place finish at the Rallye National des Bornes.

And lastly at the Rallye National du Pays de Fayence (23-24 September), another French Cup event, there was another One-Two result for FABIA R5 drivers. It was Mathieu Arzeno / Romain Roche who took the win in a car prepared and run by Rally Service Racing. It was Arzeno’s third successive win of the season in a FABIA R5. He finished 1 minute and 24 seconds ahead of Anthony Puppo / Matthieu Belhacene, who finished in second place. Puppo, who was also subject to a 40-second penalty, has swept all before him this season and this result was his fourteenth overall podium in the French Cup this season.