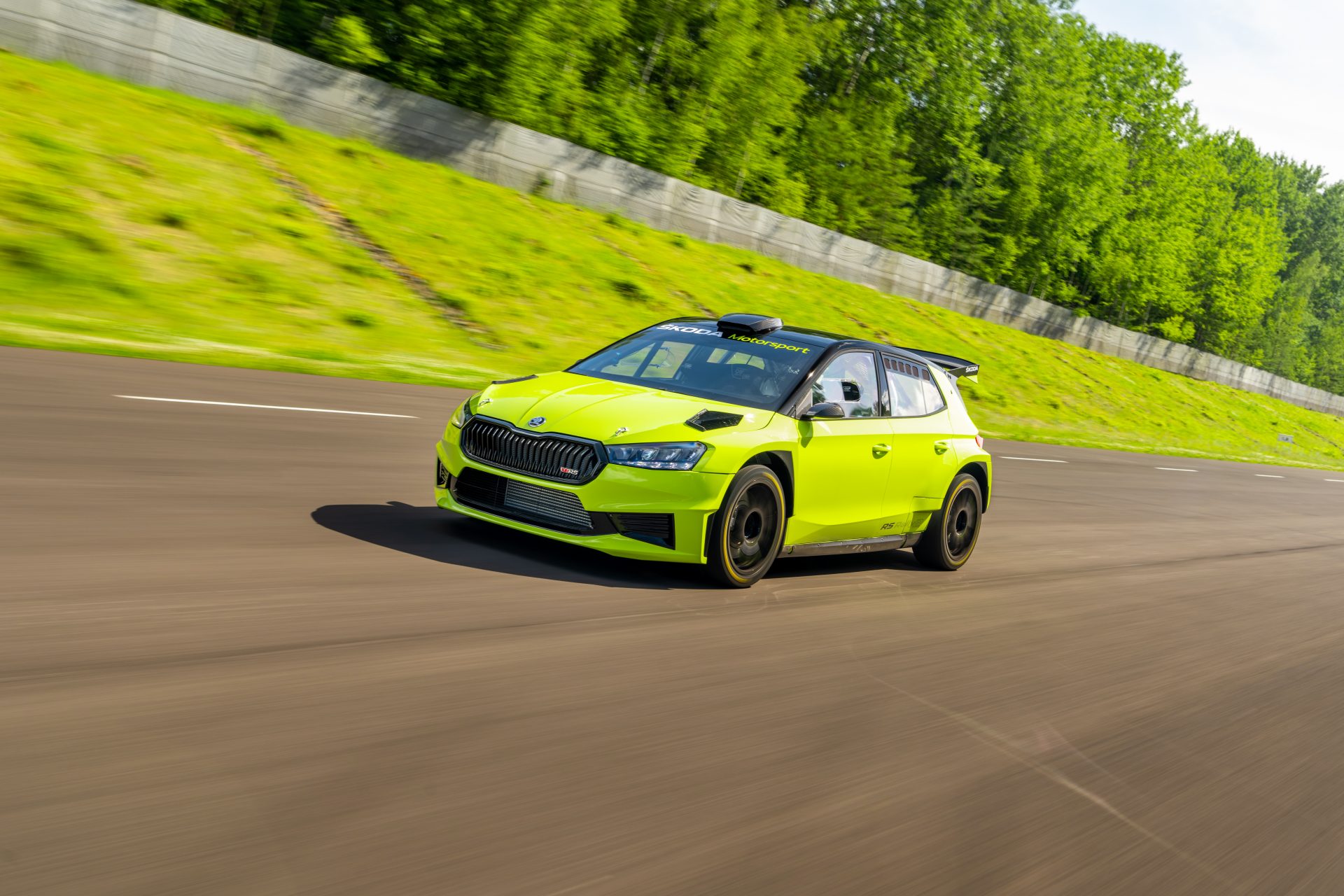 The ŠKODA FABIA RS Rally2 is a Rally2 car and therefore complies with all FIA (Federation Internationale de l'Automobile - International Automobile Federation) regulations for this group. It is a rally special powered by a 1.6-litre turbocharged petrol engine mated to a five-speed sequential gearbox and all-wheel drive with two mechanical differentials. The rally car's engine is based on the 2.0 TSI engine from the EA888 engine family used under the bonnet of the RS models, among others. The engine has an output of approximately 214 kW (289 hp) and a maximum torque of 430 Nm.

Although some components from the production models have been used in the development of this rally special, many of the technologies differ significantly. Instead of airbags and numerous electronic assistance systems, the rally car features a safety frame, foam absorbers and a specially protected fuel tank. In contrast, the many sensors normally found in production cars have been replaced by sensors for engine management, brake pressure, steering wheel position and fuel level. For the driver, these only have an informative function and do not interfere with the steering in any way, as is the case in production cars. The exception is the engine control unit, which uses the data from the engine sensors to operate optimally during the car running in all driving modes and under different weather conditions.

The other components of the ŠKODA FABIA RS Rally2 are then designed specifically for the demanding conditions of competitions around the world. ŠKODA Motorsport involved engineers, technicians, mechanics and drivers with years and years of experience in the development and subsequent testing programme to ensure a competitive car that can easily cope with the conditions of frosty Finland, the fast and smooth asphalt of Spain or the extremely rutted gravel in Greece or Turkey. For example, specific braking system with efficient cooling or a carefully tuned chassis help to gain valuable tenths of a second in the race, while a safety frame made up of a total of 35.8 metres of steel tubing and special seat belt and seat attachments ensure maximum safety for the crew. During the rally, the crew will appreciate the enlarged main display, the new central control panel with touch control panel, the integrated intercom control and the start button located directly on the steering wheel to speed up the car's start-up.