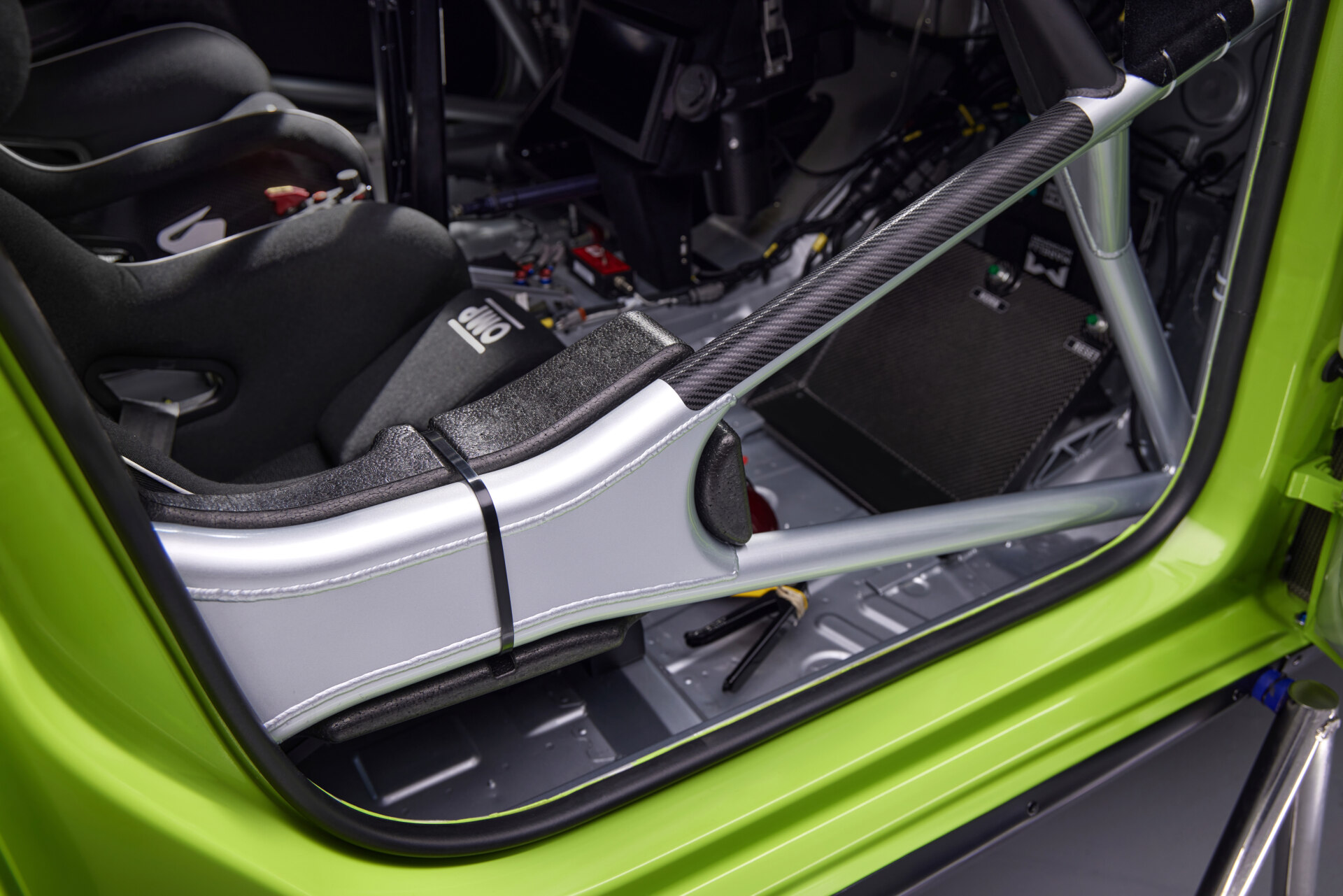 A significant difference between a rally car and a production car is definitely safety. The ŠKODA FABIA RS Rally2's crews cannot be protected by airbags as they are in regular cars, as overloading during the stages, together with impacts during jumps, for example, will not allow the sensors of the electronically controlled systems to function properly. The safety of the crew is thus ensured by a mechanical solution consisting of a safety frame, carbon fibre side covers and energy-absorbing foam. All this is complemented by six-point seat belts and a racing seat with integrated head protection.

Built on the Group's MQB-A0 platform, the new generation of the FABIA production car has taken the crew safety a step further. The ŠKODA FABIA RS Rally2 thus meets even higher standards than those required by FIA (Federation Internationale de l'Automobile - International Automobile Federation) regulations. The safety frame of the new FABIA RS Rally2, which is made from 35.8 m of high-strength chrome-molybdenum steel tubes, consists of longitudinal, transverse and diagonal tubes located at the door, under the car roof, around the windscreen and behind the seats. In the event of an accident, the frame thus ensures the survival of the crew, even in situations where the bodywork is severely deformed.

„I dare say that the durability of the newly developed bodywork is at a much higher level than that of our current rally car.“

Another objective during the development of the new car was to increase the safety during a side impact, which has been achieved through the way the seats are mounted, the cross bracing in the doors and the door panels. A total of six layers of carbon composites and Kevlar wrap foam towards the cockpit to protect the crew from sharp objects. The FABIA RS Rally2's race-specific seats, six-point seat belts and other necessary crew equipment such as the mandatory head and neck protection system (HANS – Head And Neck Support) on the helmet with clamping straps also contribute to the effective reduction of the forces exerted. This system protects the crew from too rapid head movements.

The safety equipment also includes a fire-fighting system consisting of an automatic fire-extinguishing system with nozzles located in both the cockpit and engine compartment and a hand-held extinguisher in the navigator's foot well. It can also be activated externally in the event of an emergency. Another feature is the polycarbonate windows, which can be easily removed.