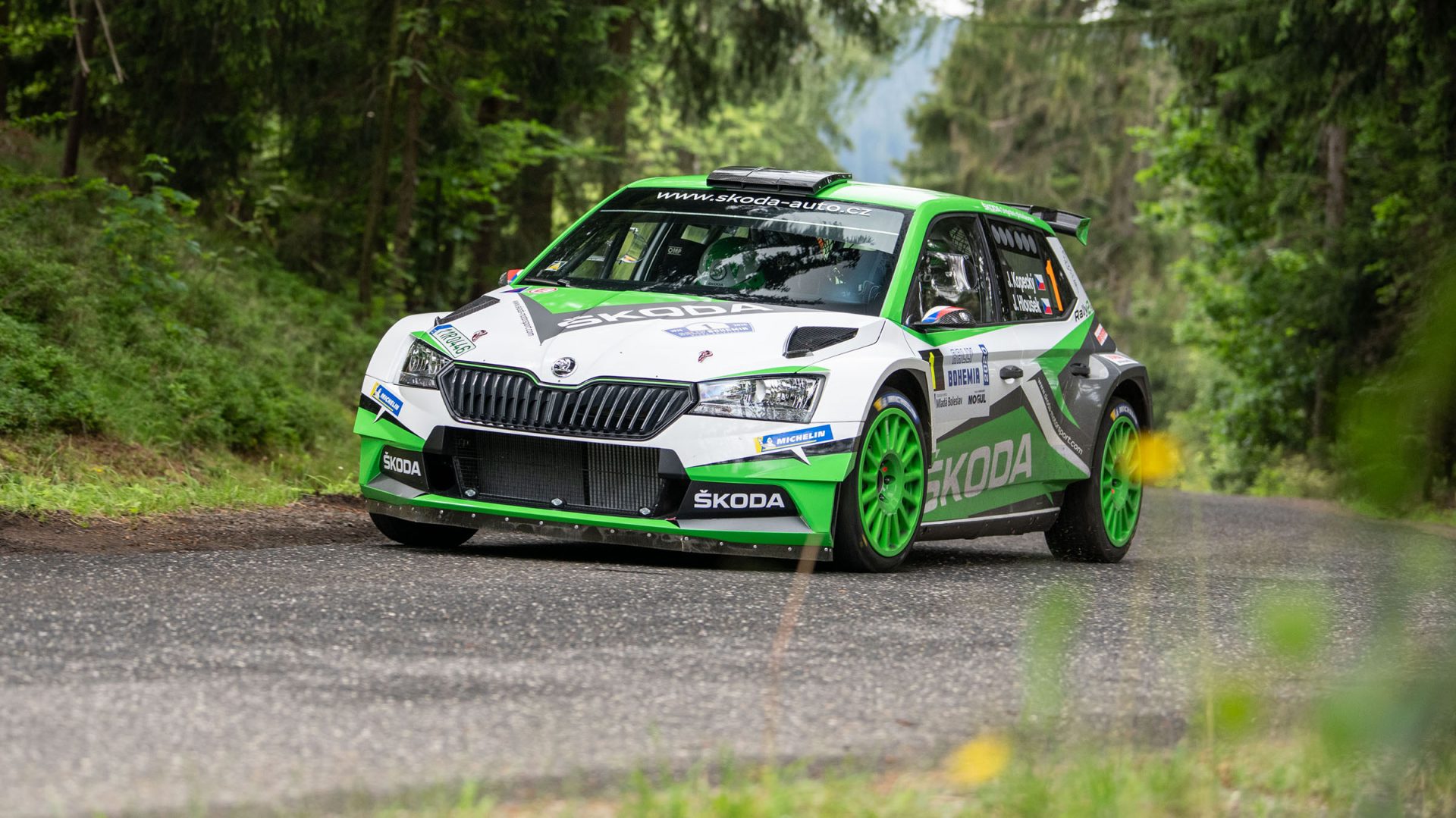 Czech Rally Championship continues with its second round, the Kowax ValMez Rally. It will take place around Valašské Meziříčí and Kopřivnice, and like a month ago in Mladá Boleslav, the popular rally will attract a strong entry list of competitors.

The initial round of the Czech Rally Championship, which took place around Mladá Boleslav, already shown that this year will keep the usual high sporting standard of the championship. The fight of the three crews for the victory was truly stunning and confirmed that the Czech championship is one of the best in Europe. The tight battles for tenths of a second were the best invitation to the coming second round.

“We are looking forward for more tight battles for championship points. The beginning of the season has shown that the competition is extraordinarily strong. This makes us enjoy it even more, and I believe that the spectators will enjoy the show as well. For us, I can promise that we will do the maximum to win this rally. Defending the Czech title remains our goal”, says ŠKODA Motorsport factory driver Jan Kopecký.

With restrictions, but not without spectators

The situation with covid-19 pandemics necessitated some measures that will interfere with the traditional atmosphere of the rally, but it was the responsibility on the part of the organizers that made this rally possible in the first place. The spectators will have to make do without the start and finish ceremonies and they won’t be allowed in to the service area in Kopřivnice. However, this means that they can focus more on the great spots on the stages.

The entry list will be rich also because the rally weekend will bring to events in one – traditional two-day rally and a sprintrally. Ten ŠKODA FABIA Rally2 and Rally2 evo cars will be on the starting line, including the factory crew of Jan Kopecký and Jan Hloušek. Another drivers who came to defend the great result from this year’s Rally Bohemia are Filip Mareš, Miroslav Jakeš or Věroslav Crvček jr. The spectators can also look forward to seeing crews with older and classic ŠKODA cars like S2000, 130 RS or 130 LR.

This year, the rally will be centered around the Tatra Kopřivnice proving grounds, which will host the service area and also four stages and shakedown. The crews will face 16 special stages, eight in the Saturday’s leg and another eight on Sunday.