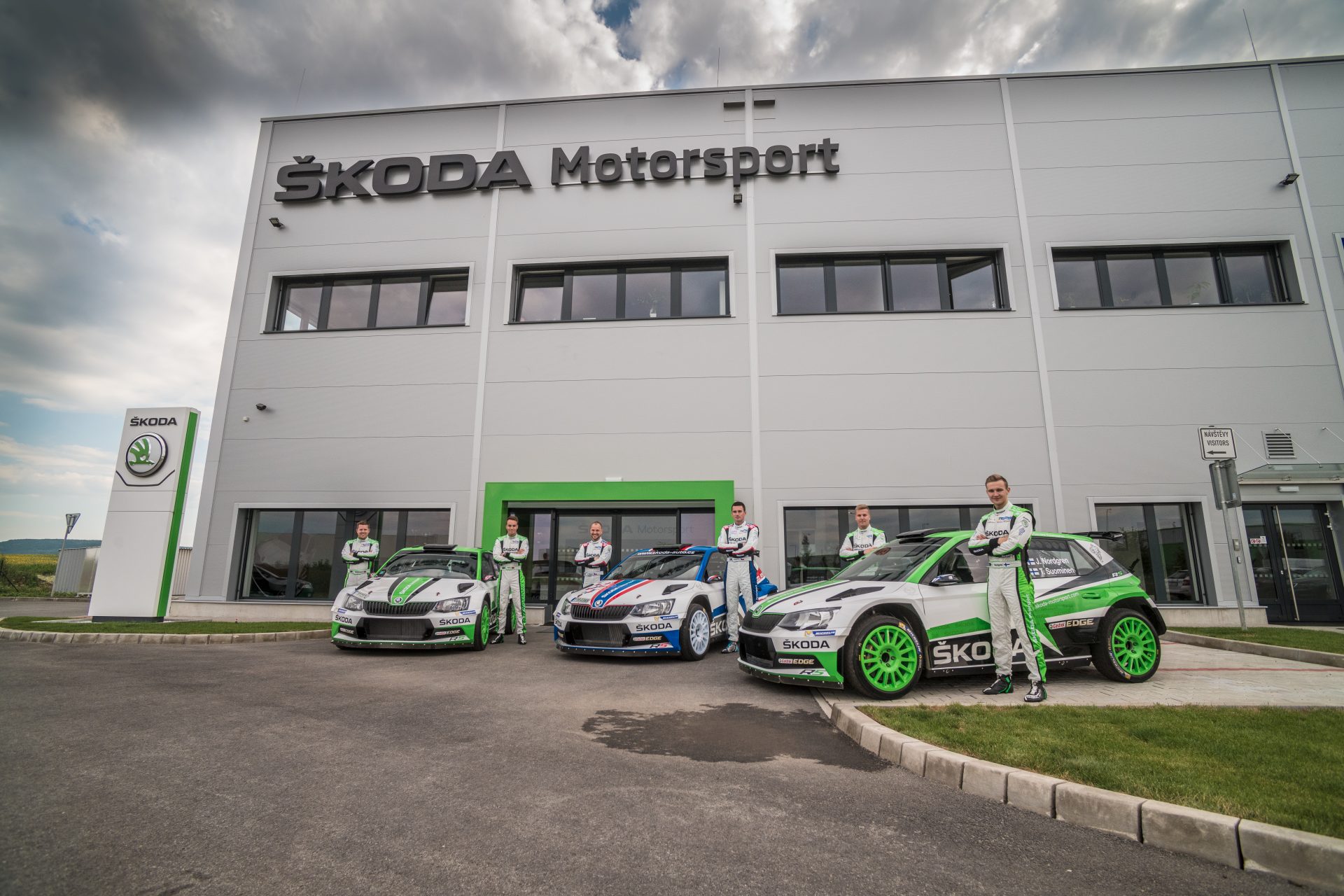 This weekend will bring the ŠKODA Motorsport crews really close to home. It’s time for Rally Bohemia, one of the most popular rounds of the Czech Rally Championship, which takes place in and around the ŠKODA’s hometown of Mladá Boleslav.

Being the rallying equivalent of playing at the home field, the Rally Bohemia presents an opportunity for the ŠKODA Motorsport in front of its most devoted fans – and also the employees of the ŠKODA factory in Mladá Boleslav.

That’s one of the reasons why the ŠKODA Motorsport’s presence at the rally will be unusually strong. While on most rounds of Czech Rally Championship, only the crew of reigning champions Jan Kopecký/Pavel Dresler is fielded, this time, two more works cars will join them.

The other two FABIA R5s will be driven by Ole Christian Veiby with co-driver Stig Rune Skjaermoen and Juuso Nordgren with Tapio Suominen in the place of a co-driver. And of course, there’s several other FABIA R5s, fielded by customer teams.

Besides Filip Mareš with Jan Hloušek as co-driver and Vojtěch Štajf with Marcela Ehlová riding shotgun, there will the crew of BRR Racing Team from Austria, Raimund Baumschlager/Pirmin Winklhofer and a half-dozen other FABIA R5 teams, bringing the total number to twelve.

The all-tarmac rally will include many traditional stages, including the attractive run up to the mountain of Ještěd with its iconic TV tower, and two super special stages at Sosnová racing circuit near Česká Lípa.

On Sunday, the rally will take place in and around Mladá Boleslav, the highlight being a special stage in the Old Town, full of technical passages and attractive spectator spots on the backdrop of the historic buildings in the town’s centre.

The rally will conclude with the podium ceremony before 3 P.M. on Sunday.

As usual, we will be covering the latest news and results in an article on these pages, as well as Facebook, Instagram and of course the regular updates through our Chatbot! Watch us so you’re up to speed!