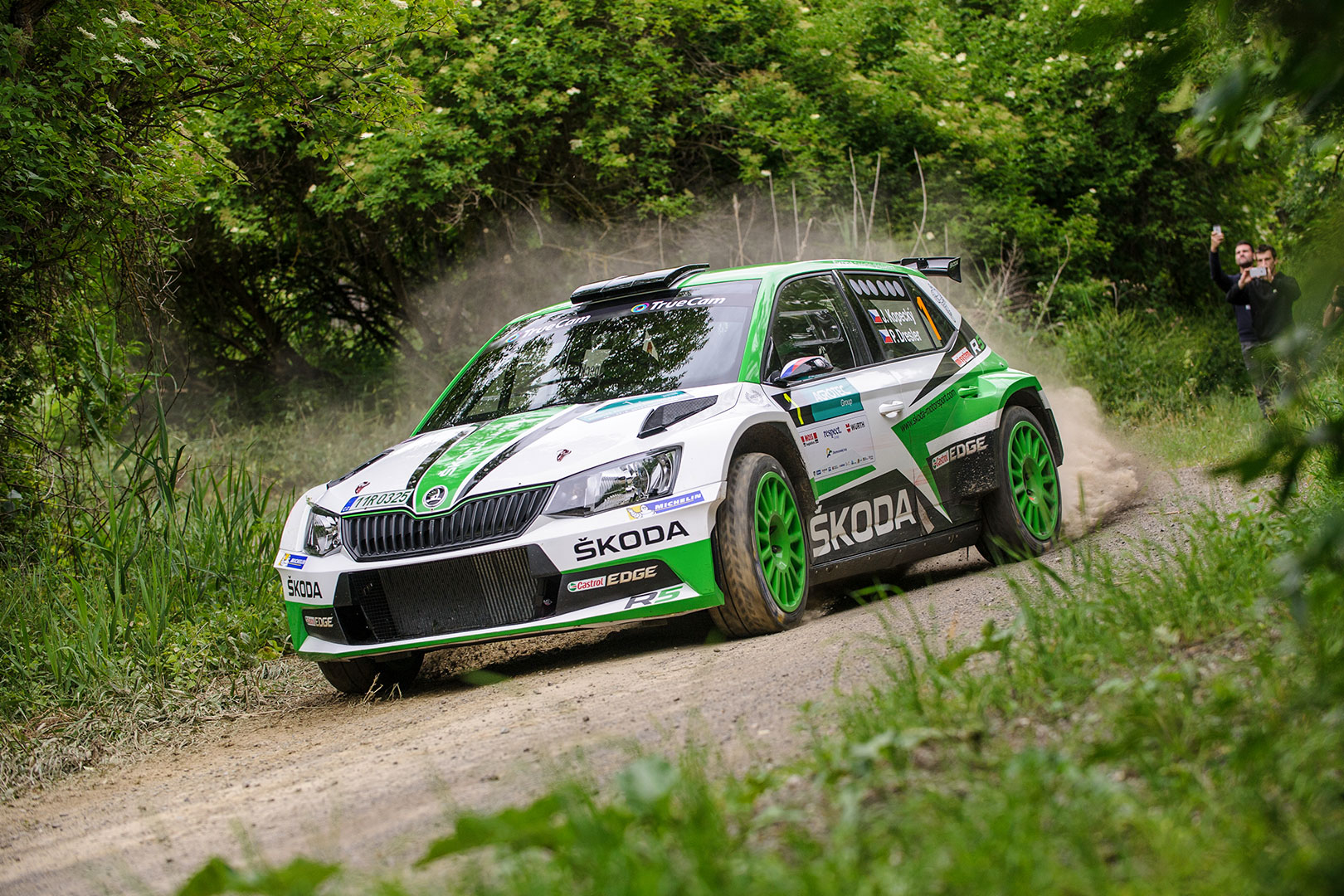 This weekend, the Czech Rally Championship is coming to picturesque town of Hustopeče in Southern Moravia and Jan Kopecký will once again try to keep up his dominance.

One of the newer rallies in the Czech rally calendar, the Rally Hustopeče was first held in 2005. In the short time, it has become a popular rally with fans and teams alike. Its stages take drivers through the wine country of Southern Moravia and are remarkable for the beautiful scenery of the vineyards.

In the Czech Rally Championship, this rally is unique with its gravel sections. While most of its route takes place on tarmac roads, several stages are partly run on gravel, presenting special challenge to the teams who have to find settings that work on both kinds of surface.

This year, the rally starts with the Starovice special stage, which will be run twice, once in late Friday afternoon and second time, for the first time in history, at night, starting at 10:02 PM. Compared to the previous year, the route have been altered due to roadworks in the area. The new parts include a gravel run through the orchard in the Kurdějov special stage, while the traditional drive through Hustopeče forest, popular with fans, remains. One of decisive parts of the rally will be Horní Bojanovice – Diváky – Nikolčice special stage, the longest of the rally with its 22.50 km. It includes several gravel sections, as well as technical passages on the tarmac and in the later part also some quick roads.

As usual, the most heated fights will be among R5 cars, with 21 entrants in this class, of which 12 are FABIA R5s. Besides Jan Kopecký with Pavel Dresler driving the works car, 11 other teams are running ŠKODA’s latest rally car, the vast majority of them being from Czech Republic.

We will be bringing the latest results throughout the weekend both here, on our Facebook and Instagram accounts and of course, through the Chatbot. Watch us!