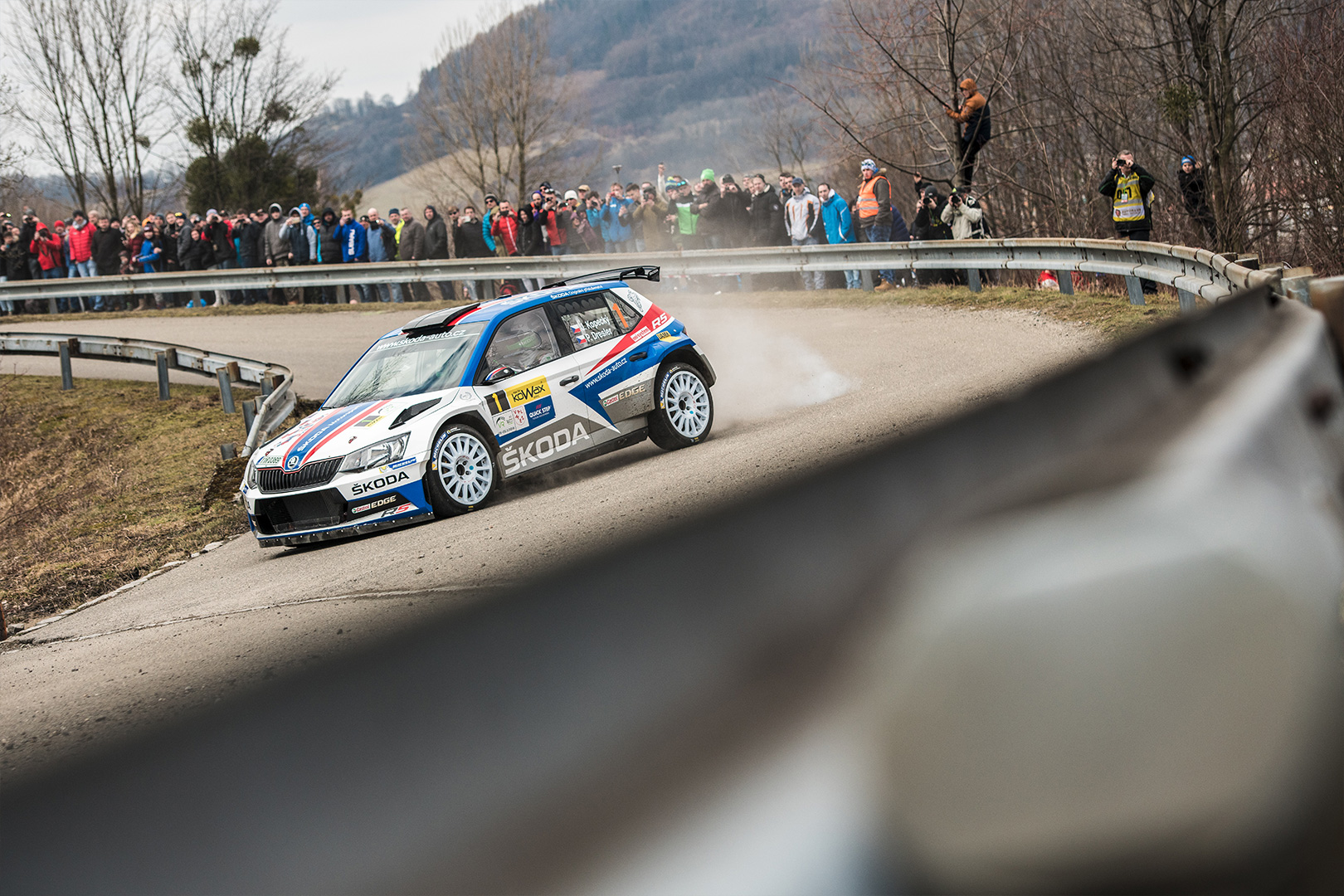 After successful tests yesterday, the ŠKODA MOTORSPORT teams are looking forward to the shakedown starting on Friday morning.

The lush hills of Šumava are going to echo with the roar of rally cars for the next two days. After last year’s victory, Pavel Kopecký is again leading the Czech championship and hopes to keep his lead in its second round.

The 53rd Rallye Šumava Klatovy is the second round of the 2018 Czech Rally Championship, and just like last year, there will be two ŠKODA MOTORSPORT works crews. They are far from the only ŠKODA cars in the competition, though. Out of 86 cars starting the rally, 25 are ŠKODAs, with 3 teams supported by authorized dealers.

On Friday and Saturday, the crews will run 162 kilometres divided into 14 special stages. The works team will be represented by two cars, one with driver Jan Kopecký and co-driver Pavel Dresler, and the other with the Finnish crew of Juuso Nordgren/Tapio Suominen. Šumava will be the first outing in the Czech Republic for the latter crew and only the second tarmac rally of their career.

Overall, there will be 11 FABIA R5s on the start of Rallye Šumava. Besides two works cars, there will be three teams supported by authorized dealers: ACA ŠKODA Autoklub Team with the crew of Filip Mareš/Jan Hloušek; Racing 21  Klokočka ŠKODA Team with Vojtěch Štajf and Markéta Skácelová; and Autokomplex Menčík ŠKODA Rally Team with driver Tomáš Pospíšilík and co-driver Jiří Hovorka.

Watch this space for regular updates!