Fredrik Åhlin claimed victory at The Nicky Grist Stages 100 (8th to 9th July), the fifth round of the MSA British Rally Championship (BRC), to reclaim the championship lead he lost after previous round, the Ypres Rally in Belgium.

Unusually for an event held in Wales, which shares stages with the Wales Rally GB, organizers faced problems with the weather being too dry. This meant they had to leave two minutes between cars because of problems with dust. The dust cost Fredrik Åhlin and his co-driver Torstein Eriksen (ŠKODA FABIA R5; CA1 Sport) time on the opening leg, but victory in each of the final three special stages saw them finish the day in second place. But they found more speed in the second leg and after moving into the lead on stage 12, following the retirement of championship rival Osian Pryce, a run of four successive stage wins between SS14 and SS17 saw them open up a big gap. In the end, they finished 47.5 seconds ahead of the field. 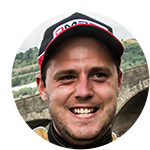 “This was our third overall win in the FABIA R5 this year and our fortunes seem to be on the rise again,” said Fredrik Åhlin afterwards. “We went out behind another car and it was really tough because of the dust. But, of course, it was the same for those cars behind us too. But it’s great to go into the summer break in the lead in the championship.”

Neither David Bogie nor Desi Henry took part in the Nicky Grist Stages. Bogie opted against competing after his crash at the Ypres Rally left too tight a turnaround to have the car ready for this event, while Desi Henry opted to compete in the Sligo Stages instead. Meanwhile, Marty McCormack suffered a crash in Ypres too and despite his best efforts was unable to hire a replacement FABIA R5 in time to compete, so instead competed in another vehicle.

The next round of the British Rally Championship will be the Ulster Rally on 18th and 19th August.

The third round of the FIA CODASUR Rally Championship saw drivers and teams heading to Argentina for the Rally de San Juan (7th to 9th July). And it was reigning champion Gustavo Saba who claimed the victory to move to the top of this year’s championship standings too. Driving for his own Saba Competicion team, Saba and co-driver Fernando Mussano finished a comfortable 2 minutes and 35 seconds ahead of their closest rivals.

They had finished second in each of the first two rounds of the championship, the Rally Trans Itapúa and the Rally Internacional de Erechim, behind fellow FABIA R5 driver Marcos Ligato each time. But Ligato, who was driving another car here, was forced to retire during the first leg, leaving the way clear for Saba to take the championship lead. The result was Saba’s third successive victory, after wins in the previous two rounds of the Paraguayan Rally Championship at the Rally de Santani and the Rally de la República.

And he will hope to continue that fine run of form into the next round of the CODASUR championship, which will be the Rally Santa Cruz, which takes place from 25th to 27th August in Bolivia.

There was a perfect ŠKODA’s One-Two-Three-Four result at the Veszprém Rallye (7th to 9th July), the fifth round of the Hungarian Rally Championship. It was Péter Ranga and his co-driver Tamás Szöke who claimed victory, despite having to battle through shocking weather on the opening leg, which saw rain leaving muddy puddles and treacherous conditions for drivers to contend with.

But second places on both special stages of the opening leg saw Ranga lead the way by just 1.9 seconds at the end of the day before the second leg saw him engage in a great battle with fellow FABIA R5 driver, and three-time Hungarian rally champion Balázs Benik. At the end of Sunday’s six stages Ranga found himself ahead by just 7.4 seconds. 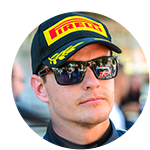 “It was a fantastic rally!” said an elated Péter Ranga at the finish. “We won a closely fought battle and we enjoyed it a lot. On Saturday, I had the best stage in my life - it was strange and rainy and at the end of the stage we got a puncture, but even so, I loved it. It was really slippery! But I'm happy to win this battle. It's the first championship win of my life and very valuable. Our team worked a lot during the week after the crash of our car in Poland last week, so this success was the result of a real teamwork.”

Balázs Benik, who along with co-driver Bence Racz, was driving a FABIA R5 for the Eurosol Racing Team Hungary may be a three-time championship winner, but this was just his third rally since retiring from the sport back in 2008, and the first he has managed to finish. It was also his first ever drive in a FABIA R5, so whilst he will be disappointed not to have taken the win, he will no doubt be more than happy with his performance overall.

Completing the podium was the S-Motorsport SE FABIA R5 of Ferenc Vincze Jr / Attila Bazsó. They were just 47.9 seconds behind Ranga and but for a 30-second penalty on the opening stage would also have been in contention for the victory. As it is, this was their fourth podium finish of the season.

In fourth place was championship leader Norbert Herczig, driving alongside co-driver Igor Bacigál for the ŠKODA Rally Team Hungaria, in a car prepared and run by the BRR Baumschlager Rallye & Racing. Their challenge was hit by a puncture on SS2 which saw them drop from first to twelfth in the standings. But three fastest times and two second place finishes in the second leg saw them climb to fourth and score valuable championship points. 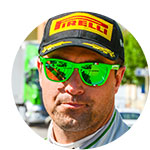 “We can be proud of this performance,” said Norbert Herczig afterwards. “We did nothing but work hard. After the puncture on Saturday, we couldn’t win, but I am terribly happy because it was very important for the championship race to get as high in the standings as possible. The team did a great job and the car was brilliant again.”

Further down the field, there were more great performances of ŠKODA drivers. László Ranga Jr / Imre Tóth finished eighth for the Ranga Rally Team in a FABIA R5 prepared and run by the Topp-Cars Rallye Team. Károly Vizelli, who was driving his first ever rally in a modern car after only previously competing in youngtimers, and his co-driver Péter Nagy were tenth for the Korda Racing Kft team, and the Extrém Sport Team crew of József Trencsényi / Gábor Verba finished eleventh overall.

The next round of the Hungarian Rally Championship will be the Mecsek Rallye from 4th to 6th August.

The Cedar’s Rally (9th July) was the third and penultimate round of the Lebanese Rally Championship and saw both success and high drama for the FABIA R5 drivers competing. It was Roger Feghali / Joseph Matar who claimed the victory in the end by a margin of almost 4 minutes. But that didn’t tell the story of this rally, because - for much of the event - it was a battle at the front between Feghali and his brother Abdo.

Both were driving FABIA R5s run by Motortune Racing and they were nipping at each other’s heels throughout the rally. Abdo won the first and last stages of the rally, with Roger winning the seven in between to finish just 15 seconds ahead of his brother. As Roger started celebrating his first win in a FABIA R5, Abdo crossed the finish line and headed for the service area, only for his car to be engulfed in flames. Both Abdo and his co-driver Marc Haddad had seconds to escape and - fortunately - both did. But as the car was destroyed, they were forced to retire. 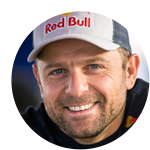 “The car suddenly erupted in fire … and smoke was coming from everywhere!” explained Abdo Feghali. “The battle with Roger was one of the finest and most exciting ones since we’re driving exactly similar cars but unfortunately the drama had taken things into its own hands. Thank God, Marc and I are safe.”

The result means that Roger Feghali leads the Lebanese Championship going into the next and final round.

Quentin Giordano / Kévin Parent secured a podium place in the French Tarmac Rally Championship as they finished third overall in their FABIA R5 at the Rallye Aveyron Rouergue – Occitanie (7th to 8th July). Driving for the Sébastien Loeb Racing, this was Giordano's first podium finish in the French championship and it was achieved on his first ever drive at this rally. He also finished first in the Michelin Trophy standings (a competition for amateur drivers competing in non-WRC cars).

Just 9.3 seconds behind Giordano in fourth spot was the FABIA R5 of Anthony Puppo / Jérémy Cenci. This was just Puppo’s second rally in the French tarmac championship (he won the first at the Rallye d'Antibes - Côte d'Azur). They were followed in fifth position by another FABIA R5, this one an RTTC – Yacco car driven by Jean-Sébastien Vigion / Valentin Sarreaud. This was just Vigion’s second rally in a FABIA R5 (and indeed an R5 car at all) and he was just 10 seconds behind Puppo at the finish, and the Russian duo of Nikolay Gryazin / Yaroslav Fedorov, driving for the Sports Racing Technologies team, finished seventh. They were 23rd at the end of the first leg before putting in a great drive on the second day to fly up the leaderboard.

In the fifth round of the Spanish Rally Championship at the Rallye de Ferrol (8th July), Pedro Burgo / Marcos Burgo finished in third place overall, driving the ACSM Rallye Team’s FABIA R5. It was Burgo’s second successive podium finish after his third place at the Rallye de Ourense last month.

The Rally Internazionale del Casentino (7 to 8 July) in Italy was the 5th round of the Mitropa Rally Cup and saw Luca Rossetti / Eleonora Mori triumph for the Promo Sport Racing team. Rosetti, who was actually competing in the Italian International Rally Cup rather than the Mitropa standings, finished 27.3 seconds ahead of his nearest rivals. The result means that Rossetti continues to lead the International Rally Cup standings, with a 100% record from the three rounds driven so far. Further down the field, Giuseppe Di Palma finished seventh on his first drive in a FABIA R5, while Giacomo Scattolon / Paolo Zanini were tenth for the Road Runner team.

In the sixth round of the Irish National Rally Championship at the Sligo Stages Rally (9th July), there was a second place overall and first in the R5 class for Desi Henry / Liam Moynihan in their FABIA R5. They were just 1 minute 35 seconds behind the overall winning WRC car. Meanwhile, Brendan Cumiskey / Declan Campbell brought their FABIA R5 home in sixth place overall and third in the R5 class.