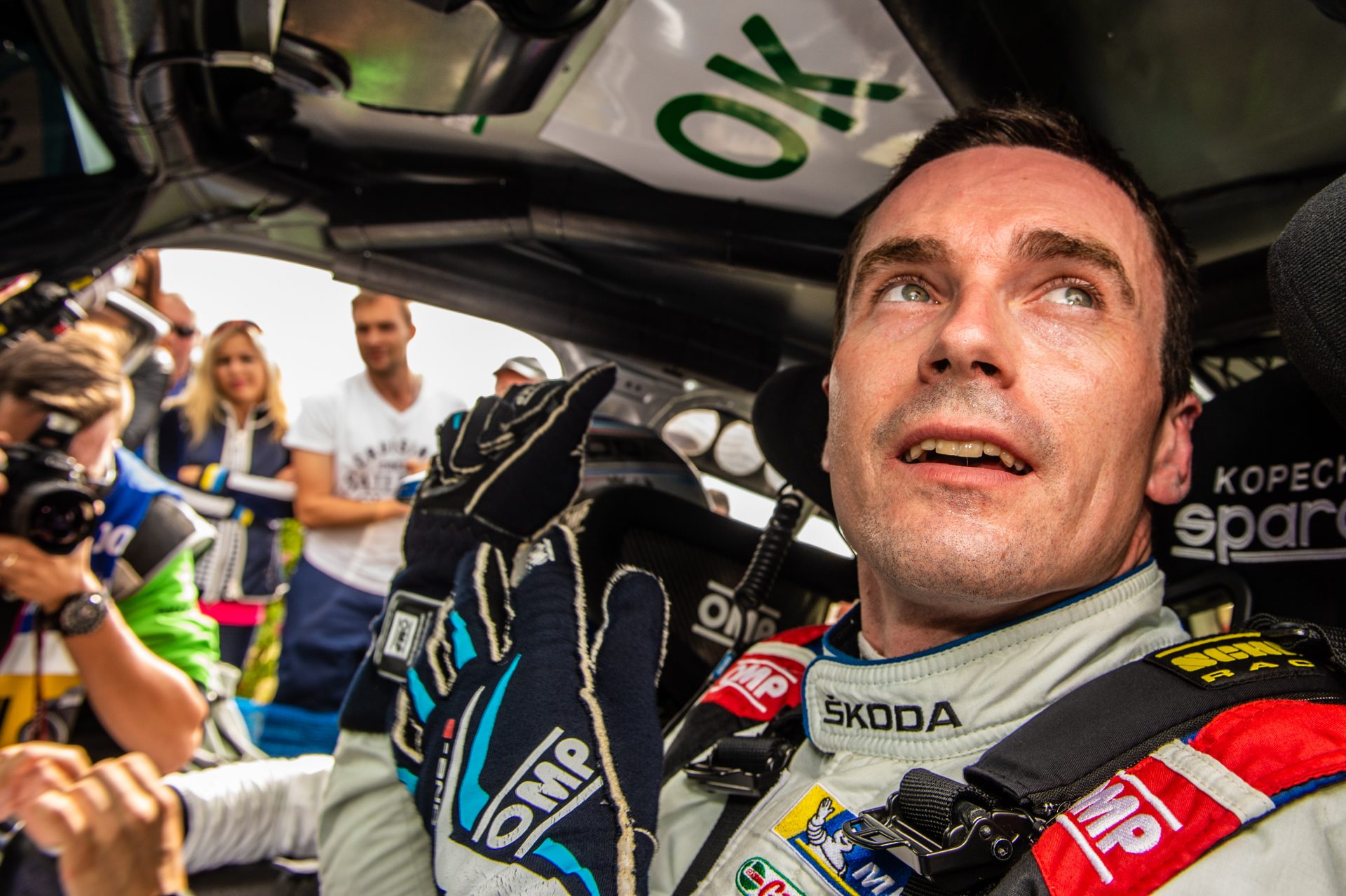 Six Out of Six: How Jan Kopecký Dominated the Czech Rally Championship

He is the first Czech driver to claim the title of World Champion in rallying, but even so, Jan Kopecký doesn’t forget his home turf. Besides his massively successful campaign in WRC 2, which led him to his historic victory, he also took part in the Czech Rally Championship – and once again displayed utter dominance there.

For fans, this was nothing new. Since Kopecký started appearing on the Czech rally circuit with the then-new FABIA R5 in 2015, he has proved himself literally unbeatable. Over the past four years, the only rallies he didn’t win were those he didn’t enter – that one rally per year which took place after he already secured his title.

Such a clean run deserves revisiting – so let’s have a quick look at Kopecký’s 2018 season in the Czech Rally Championship!

The first rally of the season takes place in the early spring and runs through the hilly region of North Moravia. Setting the tone for the rest of the season, the five-time Czech champion won all seven stages on the Saturday and created a lead of 29.5 second over Václav Pech in second place. In SS8, he was beaten by his teammate OC Veiby, but problems with timekeeping meant that the stage was later cancelled. After that, Kopecký went back to winning all the remaining stages and finished 1 minute 1.8 seconds ahead of the runner-up. With four victories in this rally, he’s on par with ŠKODA legend Ladislav Křeček as the most successful driver in its history.

In the beautiful hills of Šumava, a mountain range bordering with the Schwarzwald forest[ew1] on the German side of the border, Kopecký once again started out clean, winning all six stages on the first day. His young teammate Juuso Nordgren spent the first day learning the ins and outs of rallying on tarmac, Šumava being only his second tarmac event. In the second day, Nordgren finally got the hang of it and won the first stage of the day, SS8. After Alexey Lukyanyuk won the SS9, Kopecký came back strongly, winning the whole rest of the day and the rally. Nordgren bagged three second places and two third places, which was enough to land him on the podium with third place overall.

With its route winding around the beautiful, picturesque historic town of Český Krumlov and through the lush South Bohemian countryside, Rallye Český Krumlov is a classic. It’s been so for a long time, as well – its tradition goes back to 1971. This year, Jan Kopecký was the only ŠKODA Motorsport driver here, as Pontus Tidemand and Juuso Nordgren went to Portugal instead. He performed as usual, winning all but three stages and staying in the first place for almost the whole duration of the rally.

For the next event, the Czech Rally Championship moved to the beautiful wine country of Southern Moravia, where one of the newest rallies in the calendar takes place. In the mostly tarmac championship, Rally Hustopeče is unique in having gravel sections – even so, Kopecký was delighted to drive a mostly tarmac rally after the gravel roads of Sardinia. It was obvious that the rally suited him and the car very well. Kopecký won all but one stage of the rally, while behind him, another seven FABIA R5s got into the top ten.

This one was really special for ŠKODA Motorsport. For one thing, Rally Bohemia takes place in and around Mladá Boleslav, ŠKODA’s hometown. For another, it was a chance for Kopecký to grab the national title early – and with thousands of ŠKODA employees watching. This time, he was accompanied by two young Scandinavian drivers, OC Veiby and Juuso Nordgren, their presence underscoring the rally’s importance for the brand.

Kopecký started the rally by winning the first stage in the streets of Mladá Boleslav, right before the eyes of many fans and brand employees, and continued to place first in all but two stages of the day. On Sunday, he once again won almost everything, save one stage where his teammate OC Veiby claimed the best time. This was more than enough for victory in both the rally and the championship.

Even though the title was safely in Jan Kopecký’s hands, there was one more rally to go. Barum Czech Rally Zlín is one of the most popular events of the championship and is also a part of European Rally Championship. With history going back to 1971 and with big names like Walter Röhrl having driven here in the past, it is a bit of a legend among Czech rallies.

Kopecký set off in style when he won Friday’s super special stage in the streets of Zlín. Then, however, his luck ran out and a puncture in SS2 cost him about half a minute. He fell to fourth place overall. As at Rally Deutschland a week before, Kopecký started fighting his way back up the leaderboard. By the time SS5, the last stage of the morning run, was finished, he was second, behind Alexey Lukyanyuk in a Ford Fiesta R5.

In SS6, though, Kopecký once again hit a rock, this time with both left front and left rear tyre. That cost him 16 seconds and one position, but fastest times in last two stages of the day moved him back to second.

On Sunday, Kopecký’s goal was not to lose any more time and to keep steadily erasing Lukyanyuk’s lead. On wet roads, he kept a stable, deliberate pace and, after winning three out of six stages, finished the rally as overall winner. Altogether, seven FABIA R5s were in the top ten.

We can’t wait for the next season – watch it with us!