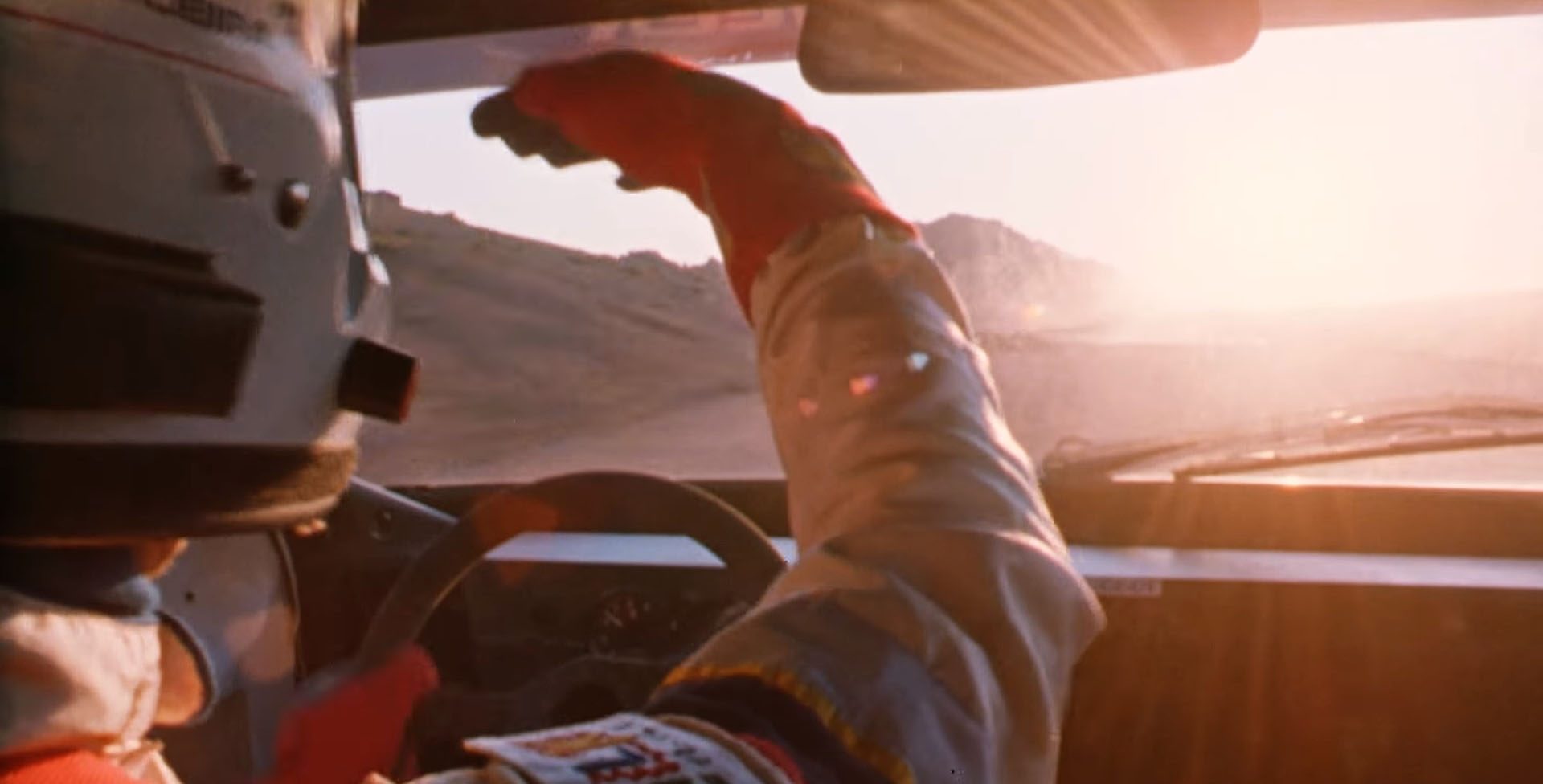 Many rallies and other automotive events have been cancelled or postponed due to the preventative measures taken to fight the spread of COVID-19. While videogame racing tournaments offer to at least partially replace them, there’s still not much to watch in the world of motorsport. Still, you don’t need to watch current races to enjoy the adrenaline and excitement from motorsport – a good movie or TV series can create the right atmosphere.

There are many ways to portray the human need for speed. It can be the driving force behind the rivalry of extraordinary men fighting each other as well as danger and death. It can be the pure experience of speed and the joy of driving. Sometimes, the car itself can be the hero. The twelve films on this list range from an epic story about glorious Formula 1 racing in the 1960s, to a kids’ animated movie about NASCAR and the old days of Route 66, to a stunning depiction of a rally legend dancing his car towards the clouds in one of the most dangerous hillclimbs in the world. They have one thing in common: they can take you away from the day-to-day greyness of lockdown.

Let’s start with the shortest one. If you haven’t seen Ari Vatanen’s breathtaking dance up the Pikes Peak, it’s time to do so now. It’s only five minutes long, but it will stay in your memory forever. Remember – it was shot before GoPro cameras and drones, so this was all done with film. And with helicopters.

Got ten more minutes? Then we’ll take you on a date. Or, to be more a precise, a drive to a date. This short “story” about a man driving through Paris to meet his date would be really tedious – had he not driven insanely fast, and had it not been filmed in real traffic. Today, it would be unthinkable. It’s one of the most famous car films ever made.

After a crazy ride through Paris it’s time to spend some quality time with your children. Maybe you’ll spark their interest in fast cars and racing if you show them the story of Herbie, the sentient Volkswagen Beetle that loves to race.

While we’re talking kids’ movies, we mustn‘t forget Cars. This time, it’s not about a sentient car in a humans’ world – here we have a whole world populated by cars. While your kids cheer for Lightning McQueen and his pals, you might learn something about automotive history, or enjoy the part where Paul Newman (who was a great racer in addition to being a great actor), as Doc Hudson, teaches the young racecar to drive sideways.

A bit of an unknown legend, the 1966 film Grand Prix, directed by John Frankenheimer, is an epic look at the old days of Formula 1. In its almost three hours of running time, it offers one of the most realistic depictions of the highest-level motorsport of the time. Besides stunning shots of real formula cars, you can enjoy a great cast, including Yves Montand and James Garner.

Steve McQueen wasn’t the only famous actor associated with racing, nor was he the most successful one. Still, his racing background helped him create one of the greatest – and most realistic – racing movies ever made. Most of the racing footage was shot during the real Le Mans race and the result is spectacular.

The next feature movie, this time a lot newer, will also take you to the legendary endurance race. It tells the story of renowned racing driver Carroll Shelby, who won the hardest motor race in the world – the 24 Hours of Le Mans – in 1959. Together with Ken Miles, he became Ford’s main weapon in the battle against Ferrari. The lead roles are played by the excellent Christian Bale and Matt Damon.

The latest addition to the genre, Rush depicts the rivalry between two greats of late 1970s Formula 1 – “bad boy” James Hunt, and the professor-like Austrian driver Niki Lauda. The story of the 1976 season is one of the most fascinating you will find in the history of motorsport. Even though the film was made decades after the original events, with no possibility of using real race footage, the filmmakers have managed to achieve an exceptional level of realism.

If you like powerful stories about the background of motor racing, you will sure be interested in the documentary series created by Netflix and F1. Its two seasons cover the 2018 and 2019 in Formula 1, and contain exclusive shots that no motorsport fan should miss.

Another look at the same environment is this film about the legendary Brazilian racer, Ayrton Senna, considered by many to be the greatest driver in the history of F1. The documentary follows his magnificent career up to his tragic accident in the San Marino Grand Prix in 1994. Thanks to the cooperation of his family, it was possible to get exclusive shots from his life for this film, which makes it more than worth watching.

Riding Balls of Fire – Group B, the Wildest Years of Rallying

This feature length documentary is a look into the wildest era of rallying, the Group B era, through the eyes of Austrian filmmaking legend Helmut Deimel. It shows the extreme pace of development in both rallying itself and rally cars in the era between 1983 and 1986. The story is built around the important events of those times, like the technical failures of the complicated cars in Africa or the fight for glory at Pikes Peak. This film is a must for every true rally fan.

To finish our list, we have added one film that isn’t actually about cars. However, the story of Burt Munro, the motorcycle racer from New Zealand who completely rebuilt his Indian motorcycle into a record-breaking machine and managed to get to Bonneville Salt Flats against all odds, will be endearing to anyone who ever felt the need for speed.