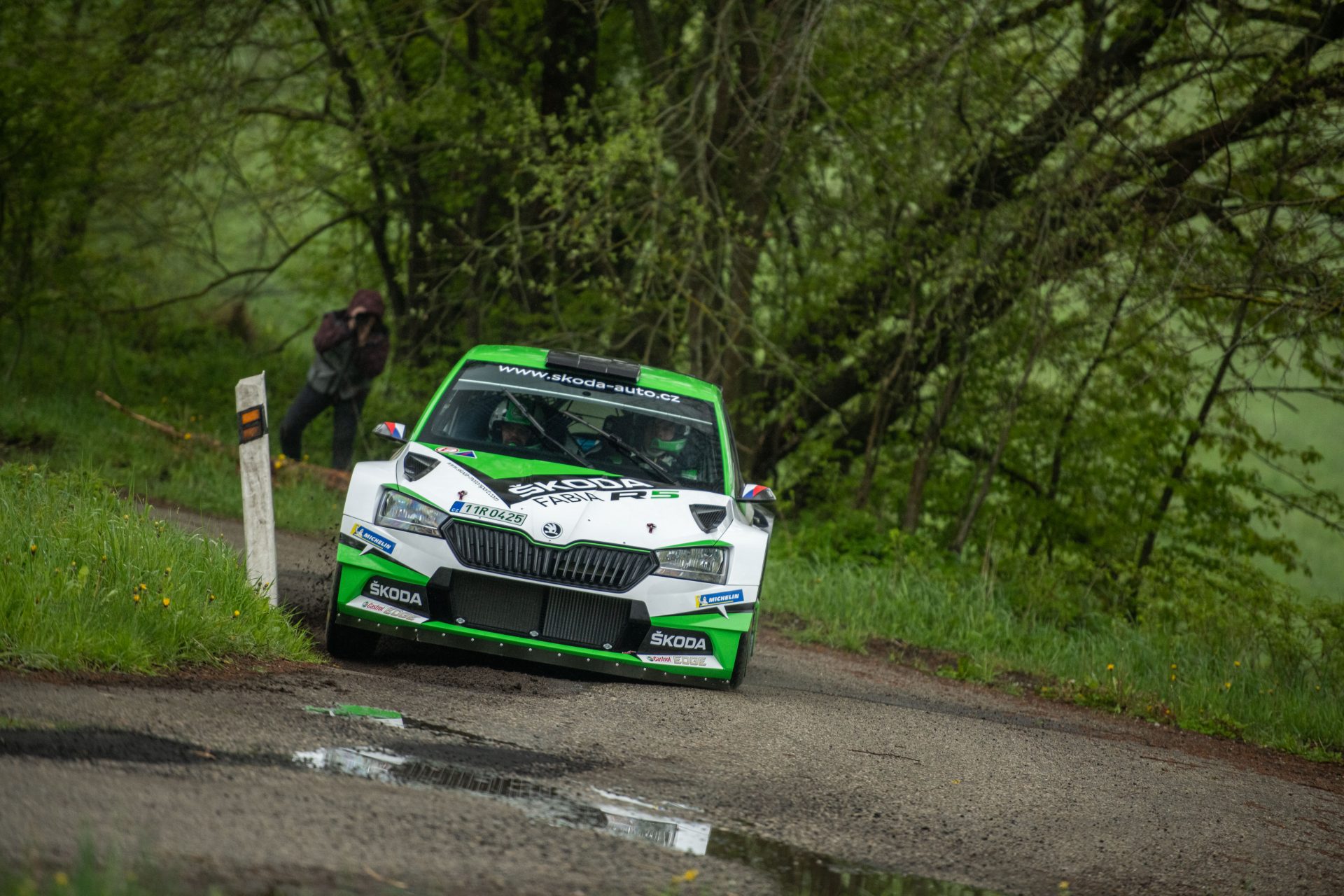 This weekend, both spectators and crews at Rally Pačejov can look forward to many interesting, previously unknown tracks that have never before been part of a rally. It’s a newcomer in the Czech Rally Championship calendar and ŠKODA Motorsport will be represented by the factory crew of Jan Kopecký and Jan Hloušek.

For the last two year, the organisers of Rally Pačejov have been outspoken about their ambition of turning it from a one-day sprint into a “big” two-day event that would be a part of the Czech Rally Championship. They succeeded, and this year will be the first time that a multi-day rally will take place in Pačejov. It will have an unusual format, as the organisers have taken advantage of a national holiday and the stages are, unusually, planned for Sunday and Monday.

It will all start on Saturday night on the town square of Horažďovice, where a ceremonial introduction of the crews and the evening show will take place. The Sunday leg consists of two runs of four stages, mainly on roads with good tarmac. This choice has been made to accommodate the classic cars, as the historic part of the rally takes place on Sunday only. The stages are divided in an interesting way – 2+4+2. On Monday, there are six stages planned, and the crews and their cars will have to face much rougher roads, especially on the well-known stage called “Muničák” (ammunition dump) which takes place in a former military training grounds.

Overall, the longer rally, which consists of more than 140 timed kilometres, required adding several new tracks. Only one stage was carried over from the last year; some stretches have never been used for rally before, while others were last raced 20 years ago. This could make for an interesting rally. It will also be a tough test of pacenotes, which the crews will have to prepare on blank pieces of paper.

The biggest draw of this year will, once again, be the battle between last year’s Czech rally champion Jan Kopecký in a ŠKODA FABIA Rally2 evo and Václav Pech in a Ford Focus WRC. There will be more than ten other FABIA Rally2 and Rally2 evo cars on the starting line, driven by ŠKODA Motorsport customers like Filip Mareš, Miroslav Jakeš, Petr Semerád, Robert Adolf, Věroslav Cvrček jr. and Albert von Thurn und Taxis.

ŠKODA fans can also look forward to seeing dozens of classic cars, including some legends – among others, a ŠKODA OCTAVIA Touring Sport from 1960s, the very fast ŠKODA 120 S Rallye and also the 130 RS, 130 LR, FAVORIT 136 L and the FELICIA.