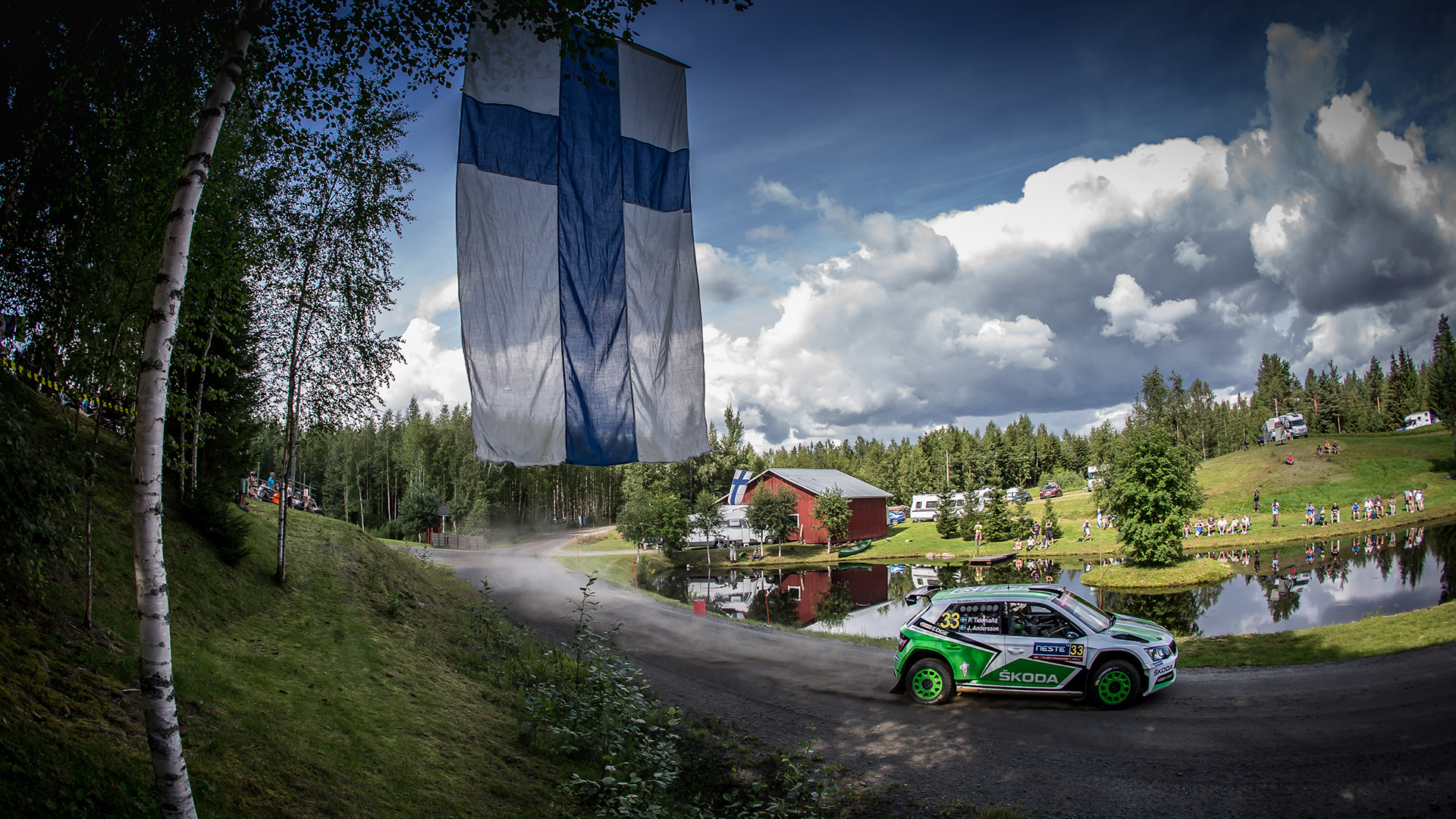 Rally Finland 2018: All You Need to Know Before Rally Starts

One of the most popular and most traditional rallies in the WRC calendar, Rally Finland – also known as The Rally of the Thousand Lakes – takes place on gravel roads around the city of Jyväskylä in central Finland. With its combination of fast, sweeping corners and massive jumps, it is one of the most challenging rallies of the year, sometimes dubbed “A Grand Prix in the forest” or “a Nürburgring Nordschleife on gravel”. As rallying is a national sport in Finland, hundreds of thousands of fans come to watch Rally Finland each year, creating a unique, festival-like atmosphere.

Since its beginnings in 1951, the Rally Finland, or Jyväskylän Suurajot, as it was known at the time, was one of the most interesting rallies in the calendar. Right away, it gave the world a massively important innovation, introducing the special stages that have since become a cornerstone of the rally experience. It’s been a part of the WRC calendar since its beginning in 1973.

Want to read more interesting stories from the old times of rallying in Finland?

Scandinavian crews – and especially Finns – utterly dominate the Rally Finland throughout its history. So it’s probably no surprise that ŠKODA Motorsport is sending two crews from Scandinavia. For Kalle Rovanperä, who is accompanied by co-driver Jonne Halttunen, this will be the first start in the WRC 2 event of his home country.

The second ŠKODA Motorsport car will be driven by Norwegian driver O.C. Veiby, with co-driver Stig Rune Skjærmoen. This crew returns to Finnland after unlucky last year’s appearance and hope that this time, they will show their true speed.

The works crews are not the only ones with ŠKODA cars, though. A number of our customer teams are coming to Rally Finland as well. Besides the two works cars, another 16 FABIA R5s are fielded by customer teams.

Among them, some big names are slated for appearance at The Rally of the Thousand Lakes. Finnish team Printsport(a former home of O.C. Veiby) is one of them, fielding two FABIA R5s. One will be driven by Polish privateer Łukasz Pieniążek and his co-driver Przemyslaw Mazur, who’s currently at fifth place in overall standing of 2018 WRC 2 season, the other by local crew of Emil Lindholm / Mikael Korhonen.

And there FABIA R5s coming from abroad as well, like Fabio Andolfi with co-driver Simone Scattolin, who are currently holding 8thposition in the championship, are coming to represent ACI Team Italia WRC.

It’s the rally of speed and jumps. The gravel roads are hard and smooth, usually with sweeping turns interspersed with more technical sections. This means that most of the time, the cars are going flat out. And sometimes even flying!

Jumping is one of the most important things to master at Rally Finland. The key is to brake before you take off and then to accelerate over the jump. This helps to keep the car level. Too much speed, and the car’s aerodynamics will force the front upwards, leading to less stable landing.

On a fast rally with big jumps, the pacenotes have to be really spot on. It’s not unusual that corners hide behind blind crests and drivers have to know exactly where to position the car before the jump, and how fast to go. Get it wrong and you end up landing in the forrest instead of on the road. This makes this really extremely hard on co-drivers.

A lot. For 2018, the Rally Finland was thoroughly revamped. Almost 40 percent of the route takes place on track that have never been used before and 65 percent is new compared to last year. Only one in 23 stages, Pihlajakoski that runs twice on Saturday, is unchanged from the last year. There are several new stages, like Ässämäki while others, like Äänekoski and Laukaa will be run in the opposite direction than in 2017.

For years, the most iconic stage on Rally Finland was Ouninpohja. That one is absent from this years rally, so